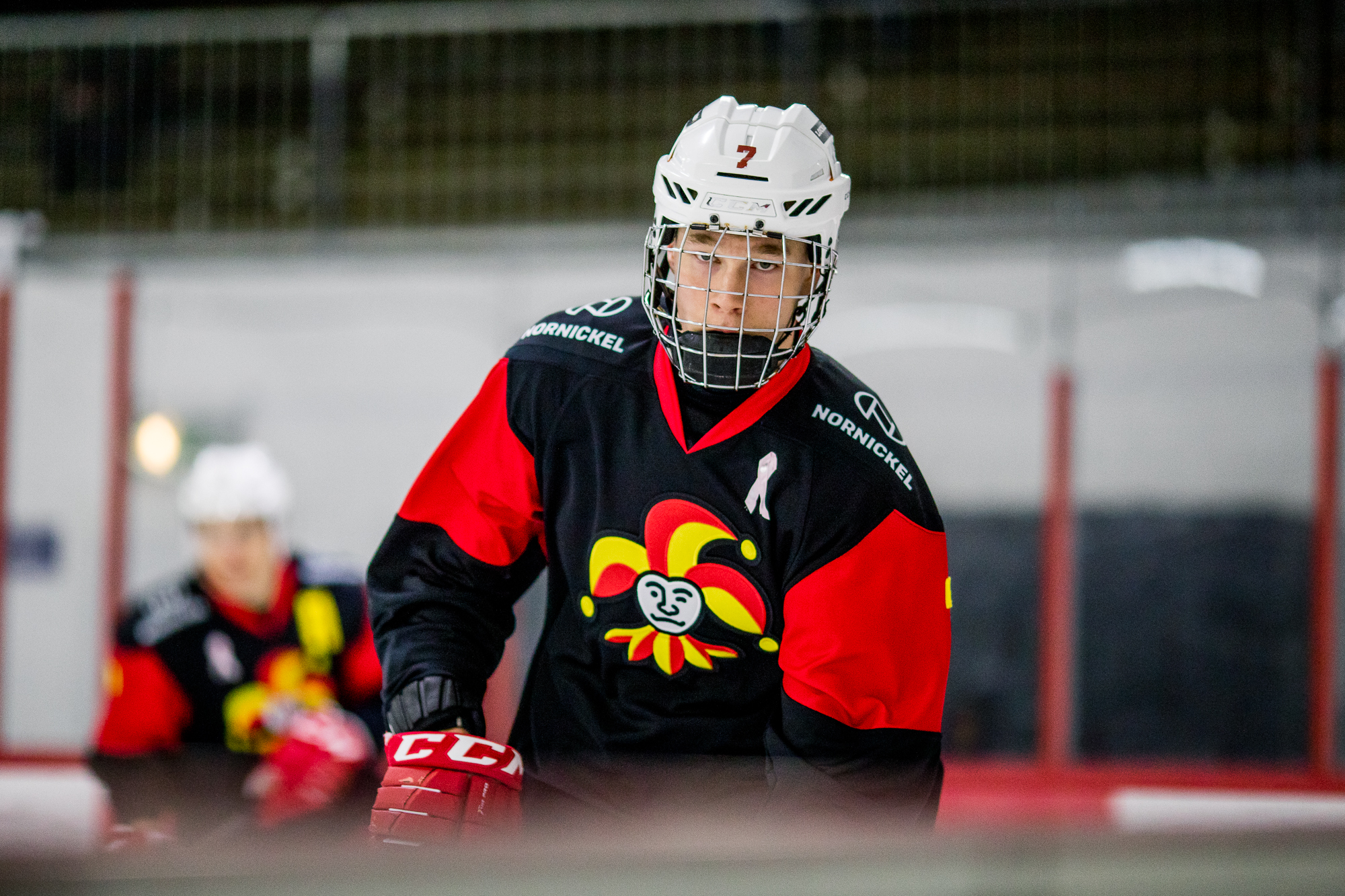 A no-nonsense puck mover who apparently has played more error-free games than any draft-eligible defenseman I’ve watched this season, Jurmo has to be considered one of Europe’s top two-way rearguards. He plays for a superpower in Jokerit, which relies on him to eat big minutes, play on special teams, and match up against opposing top lines.

Jurmo has everything you would want in a potential top-pairing defenseman. He is an effortless skater with a long, clean stride , and he doesn’t buckle under the first sign of pressure. When it comes to the breakout, Jurmo utilizes quick thinking and a series of deceptive moves to either peel away from a forechecker or trap him with a bank pass. At 6-foot-3, 190 pounds, Jurmo can be an intimidating presence as he powers through the zone at top speed. His decision making with the puck is more clean than it is creative, but he has excellent vision and will delay in the offensive zone to open up a line for either a hard shot or an on-the-tape seam pass. And good luck trying to dance around him in a one-on-one scenario — Jurmo closes on rushing forwards in a hurry and will neutralize an entry attempt with either a strong body check or well-timed stick-on-puck.

It’s hard to find fault in a young defenseman who has excelled at every level, although Jurmo is a bit of newcomer on the international scene. Like most gifted teenage blueliners, Jurmo tries to do everything on his own, specifically in the defensive end. Developing chemistry with his partner has not been a problem, but at times he can be caught chasing well away from the slot. Still, these observations are minor and certainly fixable. From a point-production standpoint, Jurmo is not a run-of-the-mill shoot-first defender, but Jokerit’s slew of talented forwards on their high-powered roster limits his opportunities to be creative. If he ever finds himself on a top-heavy squad, the potential for primary assists off the shot or pass will increase.

Jurmo may not look like he plays with intensity, but don’t mistake his casual demeanor off the puck as being lazy or aloof — he locks in on the puck at all times and will make a quick dash into a passing lane to break up a play. On offense, Jurmo can control the flow of a possession with timely and accurate passes while incorporating himself into a cycle. Having a strong skating background doesn’t guarantee he’ll be mobile at all times, as Jurmo seems more economical with his movements than exploded towards every loose puck within 100 feet. He plays the point on the power play and can deliver a hard, low shot, but he also rushes the puck from end to end and will attack a rival defenseman in a one-on-one situation.

LHD Joni Jurmo definitely made a statement at the U19 Four Nations (3g, 3a in 3 gp). He followed that up with three primary assists and the OT winner in Jokerit U20’s 6-5 win over Assat U20 on Wednesday.#2020NHLDraft