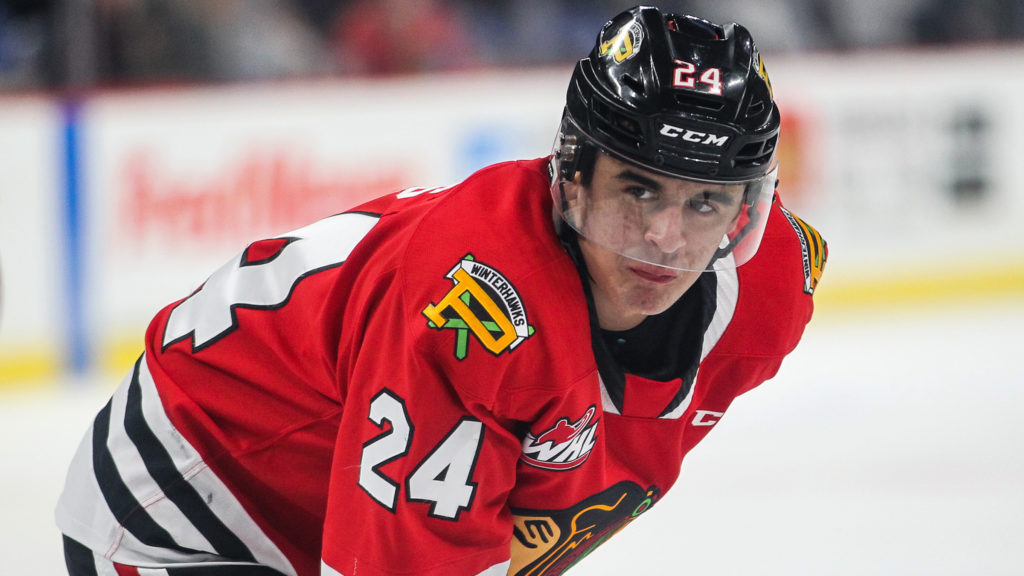 A slick and cerebral forward with excellent hands, Jarvis has all the tools required to be a dominant player in major junior. He can dish the puck with flair but also play the role of a sniper thanks to an excellent shot and release. Jarvis keeps his feet moving at all times and tracks the puck like a hawk, and when he takes control of it, he’ll button-hook or curl to change the plane of attack and improve his angle. Compounding issues for defenders is his strong balance, as Jarvis darts inside with consistency and doesn’t seem deterred by traffic or a potential double team. He also provides his coaching staff with the necessary intangibles to contribute in other areas such as special teams, and he communicates well with his linemates while trying to execute set plays.

There’s a ton of finesse to Jarvis’s game. Not only is he a silky-smooth skater with grace and fluidity, but he can also unleash a quick first step and accelerate into open ice as if he were shot out of a cannon. Jarvis is as elusive and slippery as they come during attempts to bypass the neutral zone, and his agility helps him drop rapid directional changes to the inside or out. He may not be listed as a power forward, but Jarvis is well balanced and fearless when attacking the net at full speed and seems to have the utmost confidence in his ability to gain the zone and create scoring chances. One of the major advantages Jarvis’s speed gives him is the ability to keep defenders well off the line, thus giving him room to either stickhandle closer to the goal or wire a heavy wrister aimed at the upper half of the net. Jarvis is a deadly-accurate shooter via the wrist shot and he does not require optimal or standard conditions to blister the puck off a quick release; corralling bouncing pucks is not a problem.

Jarvis is a highly-intelligent forward who properly times his movements away from the puck in order to get open for a clean look at the net His poise under pressure allows him to receive passes in congested danger areas where he can unload a shot towards the net or delay for that critical split second that fakes the goalie well out of position. Jarvis’s hands and puck control already are at an elite level, and few in this draft are as clean and capable at executing near-perfect odd-man rushes as he can. His passing skills are excellent, not only for his vision and accuracy but also for the methods he uses to deliver the puck on the tape. Jarvis is beyond capable in making plays on his backhand.

Versatility is the first thing that comes to mind when analyzing the intangibles Jarvis can bring. Not only is he deployed as either a center or wing, but Jarvis also plays the point on the power play and is used as a primary penalty killer. He brings a great attitude to the ice and shows a lot of enthusiasm towards his teammates’ successes.

Everett’s a pretty tight-checking team, so I wanted to see how offensive types like Jarvis and Hanas would fare. Here, Jarvis shows crazy coordination by one-legging a bouncing puck to himself before speeding in alone for a quick shot that Dustin Wolf (#Flames) just got enough of pic.twitter.com/1OZcg7hcms