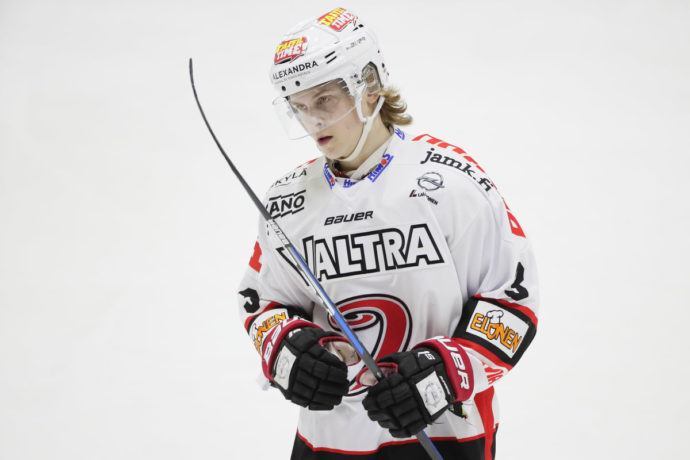 Swift skating puck rusher who knows how to handle the puck and has the kind of mobility that keeps forecheckers honest. Anttoni, whose older brother Julius currently plays defense for the Dallas Stars, is the most offensively-gifted among the handful of top-tier Finnish rearguards eligible for the 2019 draft. He’s a gambler with or without the puck, and his ability to anticipate danger before utilizing his top-end skating helps tighten the gap between the opposing puck career and him. Honka’s positional play in his own end is above average, as he makes an effort to stay as close to the slot as possible until possession changes hands. He is far from physical, but he stands up at the blue line and isn’t rattled at the sight of a bigger, faster forward barreling his way. His puck management is relatively sound, although he can look a little nonchalant and be the culprit behind unforced turnovers and errant passes.

Honka keeps his feet moving at all times and is a threat once he drops down into the circles. He owns an average yet accurate shot which he uses with confidence, but he’s agile enough to pump fake and glide into a better look at the net. Honka is a hard, crisp passer with soft hands who beats pressure with authoritative stretch passes, subtle banks or well-timed saucers. He can run a power play from the top of the umbrella or stationed at either point.

Talvitie stands out every game I watch him. Hard worker, supercharged motor and always pays a price to complete a play. pic.twitter.com/rEc1oVMSDd