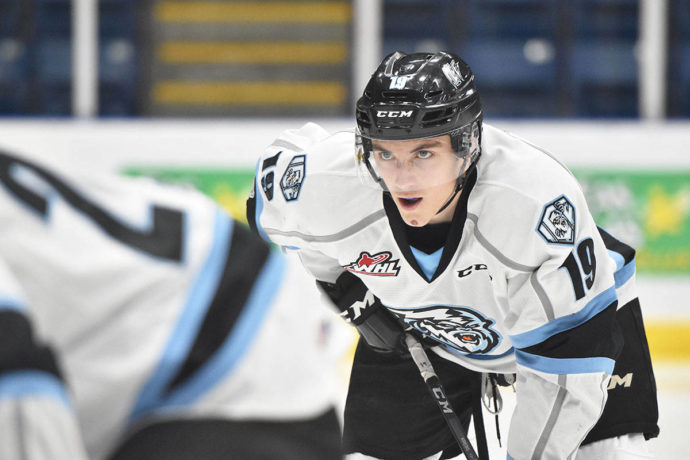 Complete all-around center who last season had to carry the load for one of the CHL’s weaker teams after being one of the WHL’s top rookies the season prior. Krebs produces results no matter what role he’s given, and plays with the kind of competitive spirit that can become infectious. He’s incredibly smart with or without the puck, and Krebs thrives under pressure, especially late in games. He’s a very good skater with excellent balance and agility, and his ability to turn quickly and react towards the right direction makes him an asset in all three zones. He plays with a nonstop motor and forces opposing defensemen into poor decisions with the puck. Krebs is a clever stickhandler who can weave through a crowded neutral zone; but making smart, crisp passes immediately thereafter is what separates from most of his draft-age peers. He can run a power play from the half wall, but also anchor a top penalty killing unit.

Krebs is more of a pass-first center, but he has very good hands and proved to be reliable as a shooter off the pass. His wrist shot is hard and accurate, and bad-angle shots get kicked into the low slot with regularity. He is excellent during cycles and board play, and he’s capable of engineering trick or set plays off faceoffs or corner battles. Krebs can handle physical play from bigger opponents and finishes his own checks with authority. His leadership traits and on-ice persona should make him a candidate to one day be named any team’s captain.

#WHL: C Peytom Krebs (Ranked No. 6) scored the OT winner and had two assists as Kootenay outlasted Brandon 4-3. He leads the Ice with 16 points (5g, 11a) in 12 games. pic.twitter.com/F6YFJLJAzW