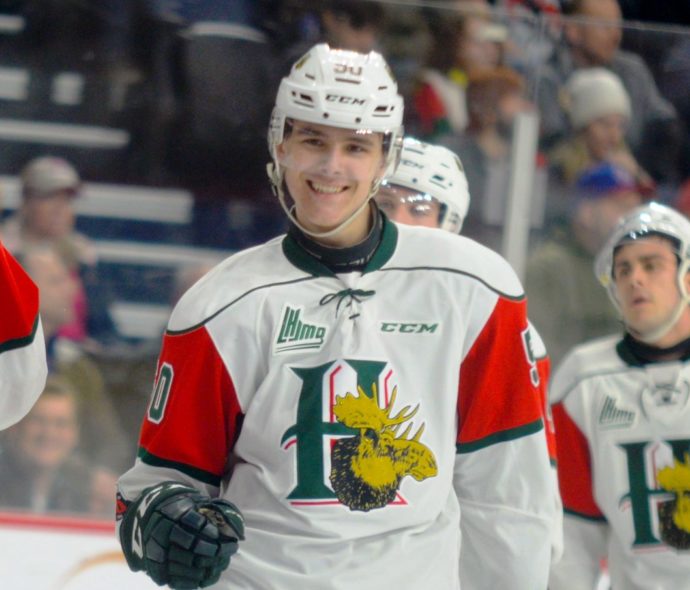 A puck-possessing machine with speed, size and excellent awareness in the offensive zone, Lavoie was one of the QMJHL’s top scorers in the playoffs and was critical in leading Halifax to the league finals. He is a versatile forward who can wear many hats from start to finish, and he is capable of taking over a game by himself. Lavoie owns an excellent shot, both for its quick release and also for its velocity, and his penchant for creating his own chances expands the ice for his linemates. By keeping his feet moving while operating with his head on a swivel, Lavoie keeps opponents guessing and rarely do you see him make a telegraphed play that eventually traps him well beyond the location of the puck. He is a controlled and patient stickhandler who looks to incorporate the rest of his teammates into every cycle, and his keen vision and pass accuracy in tight spaces or off the rush allow him to play the role of playmaker with aplomb.

Lavoie is a very good skater with above-average straight line speed and enough agility to weave around or fake opponents out of position. He is extremely strong on his skates and can sustain shoves or checks from multiple angles during a cycle, using his long reach and wide stance to shield the puck. He also is a capable player in his own end and pounces on pucks in a timely manner. Lavoie comes across as a smart player who is willing to make sacrifices for team success, such as taking a beating in front of the net or using his body to absorb punishment in order to keep a play alive. He can play center or wing, although he looks more comfortable on the flank as a primary shooting option.

#WJSS: Finns on this shift put on a matador defense clinic, and LW Raphael Lavoie (Ranked No. 7) shows off his stickhandling while in full flight. pic.twitter.com/9zZ1EF90bB