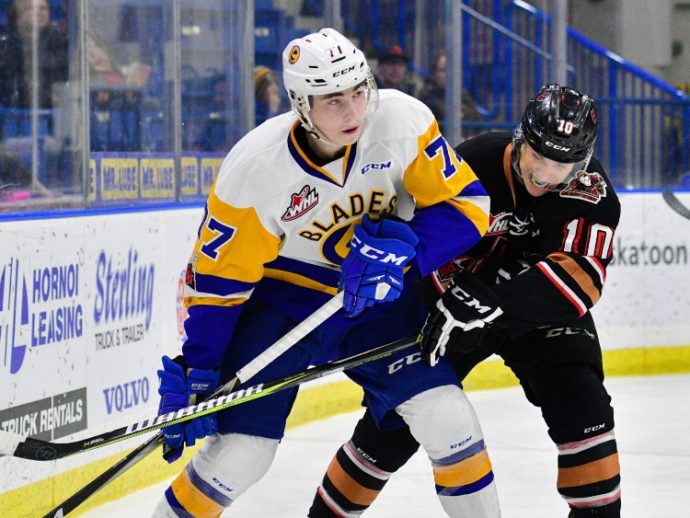 Big-bodied playmaking center with outstanding passing skills and soft hands who is one of the best draft-eligible players at incorporating all his teammates into the attack. Dach has a tremendous wingspan and reach that help him maintain control the puck for lengthy periods inside the offensive zone. He is a confident puck carrier up ice, and you’ll rarely see him advance via direct routes. Dach can create time and space using a variety of methods on zone entries, and he can stutter-step defenders out of position. All these traits force opponents to back away from him, which provides him with the opportunity to unleash a wicked wrist shot. Still, Dach certainly is more of a set-up man than a shooter, and you can make a strong argument that he is the best saucer-passer of any forward prospect.

Dach has elusiveness for a big man, and his agility in tight spaces allows him to outmaneuver pesky opponents. His straight-line speed is average but deceptive, and his skating style and stride appears a bit choppy and short. Nonetheless, Dach has no problem inserting himself into a rush or initiating one himself, and you can count on him to create several odd-man chances each game. He can run a power play from the half wall and has confidence in his passes from either forehand or backhand, and he can sense when the time is right to make a decisive pay during a stagnant possession. Defensively, Dach will pressure the points, and he relies on his long stick to break up plays. He is, however, neither physical nor consistent on draws. Dach will drop down to support his defensemen, but he’ll dig for loose pucks rather than use his strength to knock it free.

#Hlinka: Dustin Wolf keeps it 3-2 USA over Canada as he stops a 2-on-1 with Kirby Dach and Alexis Lafreniere, then catches a break when his helmet is accidentally knocked off by a teammate. pic.twitter.com/cQlvCKUTWm