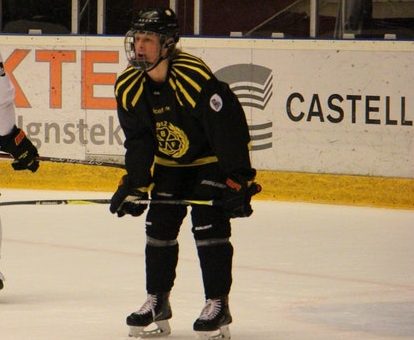 Smooth-skating puck mover who plays with flair and grace while owning one of the hardest shots of any draft-eligible defenseman. Boqvist is an attack-first option who loves to use his speed and agility to dart and weave around opposing zone schemes. He can quarterback a power play with the best of them, and he’s not shy towards unloading his howitzer with or without shooting lanes being clogged. His puck skills — especially stick-handling — and play within the offensive zone are extraordinary, and he appears to have a firm grasp on how critical his job is as his team’s center of gravity. Boqvist has a lightning-quick first step and uses it to escape trouble or interdict an opposing pass.

He tends to back off from his own blue line and appears content in trying to steal the puck after enemy zone entries rather than thwart them up high. Boqvist’s positioning in his own end can be ulcer-inducing, as he is a habitual gambler and floater, and his lack of upper-body strength denies him the ability to knock forwards off the puck once they slip behind him. Nevertheless, he is clearly an excitable game-breaker who has the potential to produce a lot of points at the NHL level.

#Hlinka: Swedes rallied from 2-0 down to take a 3-2 lead, saw Russia tie it late, then won in OT. This is another beauty from Adam Boqvist pic.twitter.com/vSwpOkHfFV