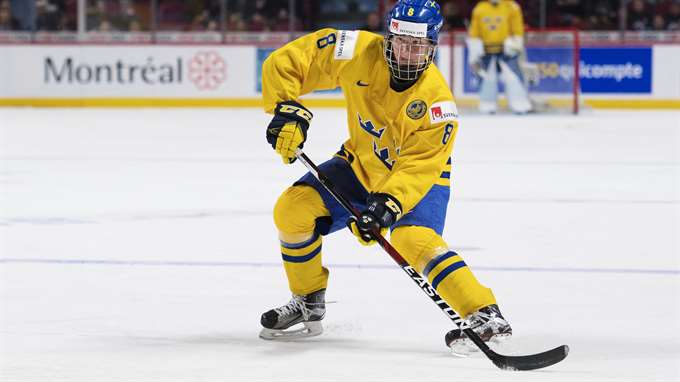 Exceptional two-way defenseman with a well-documented resume who has been succeeding as a teenager playing against much older competition. Dahlin is an explosive, dynamic puck wizard who thinks the game at an elite level. He’s rarely caught out of position, which is quite amazing when you consider how often he likes to jump into lanes and quickly transition up ice. When Dahlin has the puck, opponents are thrown into a state of confusion, as his agility, stickhandling and duffel bag full of dekes and fakes make him next to impossible to telegraph. His shot is both wicked and accurate, augmenting vision that is nothing short of phenomenal. Dahlin routinely connects with stretch or cross-ice passes from long distances, and he can put mustard on a stretch pass while moving backwards.

Dahlin is far from just a one-trick pony — he likes to hit, throws timely hip checks and maintains a tight gap, and the way he processes plays allows him to recover from a risky foray into the offensive zone. Additionally, he’s an absolutely fierce competitor who hates to lose and plays with a team-first attitude. He’s been logging regular minutes on Frolunda’s second pairing for the last two seasons, so all he has left before embarking on what should be a star NHL career is attempting to lead Sweden to glory on the international stage.