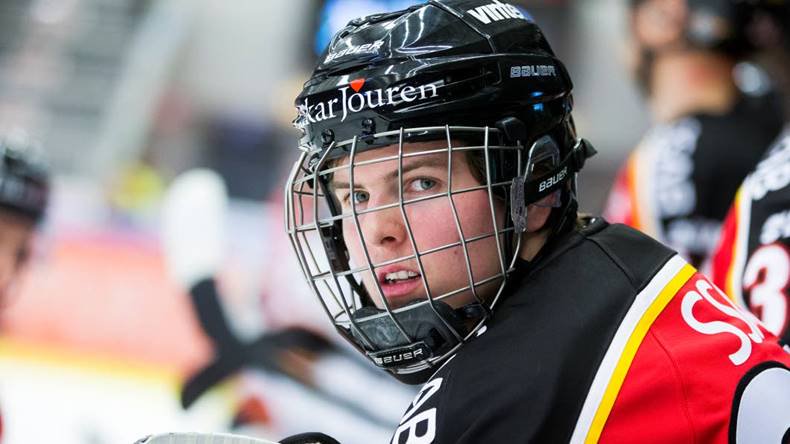 Playing smart, two-way hockey at high speeds is something you rarely see from any teenager, let alone one that receives top-six minutes in Sweden’s top league. Lundestrom was far too advanced a prospect to play junior hockey, and he succeeded with an altered role for Lulea. He’s fast, aggressive and loves to cause havoc on the forecheck. But don’t think for one second that his speed is what makes him a tantalizing prospect – Lundestrom is very creative with the puck and can bury chances from in close.

Lundestrom owns an excellent shot with a quick release. He requires little backswing to get velocity on his slapper, and he can pick corners from the tightest of angles. Making neat plays on the backhand comes easy for Lundestrom, who can be deployed to solve problems in any situation. His speed and balance allow him to power through defenders, and the decisions he makes thereafter seem to always make sense. Lundestrom is a battler who won’t shy away from physical play and does so in a clean, disciplined manner.

#WJC: Here is Sweden’s Isac Lundestrom (Ranked No. 46) breaking a scoreless tie early in the third. Both Swedish goals coming with the Slovaks enjoying numerical superiority in their own end. pic.twitter.com/2kg2Pn1gMV