Photo courtesy of the Peterborough Star 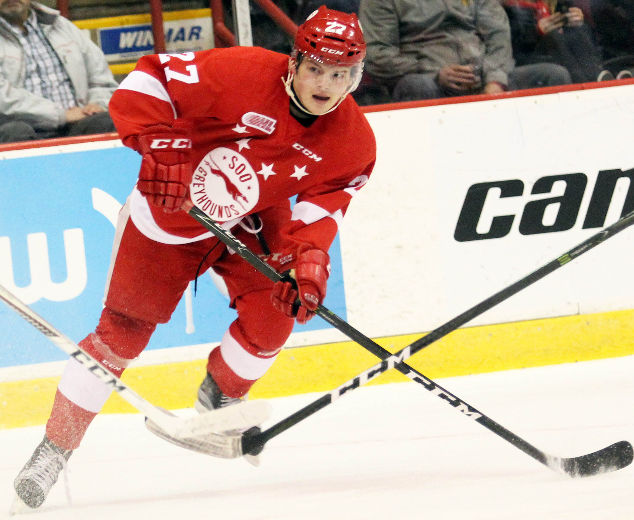 Slick, two-way center who can beat you in a variety of ways. Whether you view Hayton as the beneficiary of a deep supporting cast, or a key cog in Sault Ste Marie’s attack, the truth is he very much is a very skilled, heady player. He has excellent vision and makes most defenders miss when he’s controlling the puck below the circles.

Hayton’s a strong skater with excellent balance. He won’t blow past defenders immediately after his first or second step, but his straight-line speed when combined with the likelihood of a sudden change in direction keeps opponents guessing. Hayton is both shifty and crafty with the puck, plus he’s capable of making high-percentage plays on his backhand. He knows how to finish around the goal, but he’s also shown to favor his lethal wrist shot from anywhere near the circles. Again, this kid is very hard to prepare for — both before a game and right when he hops over the boards. He can be a relentless forechecker, especially on the penalty kill, and he will use his body effectively to protect the puck. He has top-line upside and should be expected to dominate the OHL next season when his role is expanded.

#CHLTPG: Barrett Hayton finds Filip Zadina, who wires it over the glove of Alexis Gravel. Team Cherry up 5-0 on Team Orr early in the 2nd. pic.twitter.com/kv6xWuT8fH