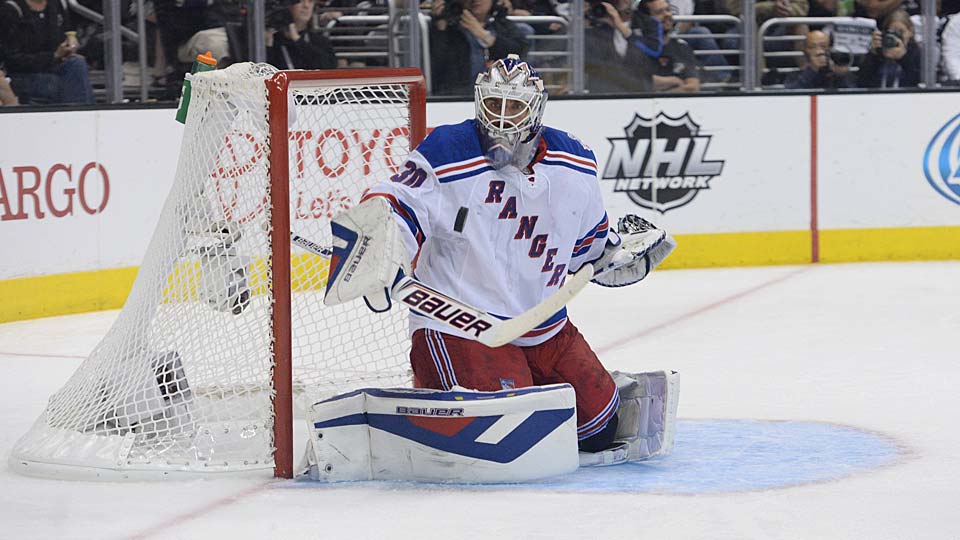 New York (The Draft Analyst) — The crop of goalies for the 2017 NHL Draft is considered stronger than the last few editions. But one must wonder if touting the strength of its goaltending depth is a byproduct of the prospects’ performance or potential, as opposed to posturing by NHL general managers preparing for expansion. Expansion drafts to fans may seem like fun, but to front office types and salary cap gurus, they’re anything but. Teams can protect only one goalie, so it makes sense to create a surplus in goalie depth, especially with an additional expansion team or two on the horizon.

Of the 211 players drafted last year, only 18 were netminders, marking the lowest single-draft total in six years. Additionally, only two drafts since 1990 — 2007 (13) and 2009 (14) — saw less goalies taken overall. Remember, the draft was reduced from an all-time high of 293 picks over nine rounds in 2000 to the current, post-lockout limit (barring compensatory picks) of 31 selections in each of seven rounds.

Although it’s fair to deduce that a spike in the number of goalies picked is imminent, it’s a forgone conclusion that no goalie will be drafted in Top 10, with the possibility of a goaltender-less first round is just as discernable. The first goalie taken in last year’s draft — Philadelphia’s Carter Hart — wasn’t selected until the middle of the second round, marking the 11th straight year no netminder was picked within the first ten selections. Additionally, goalies went undrafted in the first round in six of the last 10 entry drafts, including three of the last four. Conversely, every draft from 1999-2005 saw at least one goalie selected within the first eight picks, including two, Rick DiPietro (2000) and Marc-Andre Fleury (2003), who went first overall.

While it’s easy to point to the post-lockout reduction in draft slots as the biggest reason for the decrease in netminders getting their names called on Draft Day, another explanation why none are getting picked within the lottery could be that you don’t need a goalie who was a high draft pick in order to get to the Stanley Cup Final

It’s already been proven that using a high draft pick on a goalie does not necessarily translate into regular or postseason success. The current Stanley Cup Final, for example, features Pittsburgh Penguins backstop Matt Murray, who was drafted in the 3rd round in 2012,  against 2004 8th rounder Pekka Rinne. This marks the fifth straight year in which neither of the last two goalies standing were first round picks. Furthermore, of the 27 Vezina Trophy finalists since 2009, only six were first round picks.

While the 2017 draft offers solid goaltending blue-chippers like Boston University’s Jake Oettinger and Windsor’s Michael DiPietro, it’s more likely than not that both will have to wait until either the later stages of the first round, or the second day of the draft before finally hearing their names called.