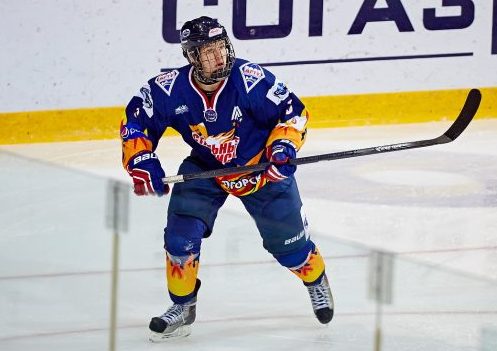 If shame befalls someone with the misfortune of being fooled twice, then how bad do you think the scout or general manager feels when it happens three or four times? Such is the case every June when the law of averages plunks an absolute gem — albeit a tad more mature — onto the proverbial laps of diligent scouting departments that clearly did their homework. Below is a list of one hundred draft-eligible prospects, some whom we feel were erroneously left waiting for a phone call that never came. A prospect can only hope to get the chance to earn an NHL degree without being blocked by the pervasive short-sightedness clouding the handful of NHL scouting departments that struggle annually at the draft table.

Below is a detailed sortable table of The Draft Analyst’s October rankings of overage draft-eligible prospects for the 2017 NHL Entry Draft, to be held in Chicago from 23-24 June. Players born between 01 January 1997 and 15 September 1998 were considered in the zone for overage draft eligibility and were previously eligible for the 2015 and/or the 2016 NHL Entry Drafts.

Game Recap: Team USA U18 vs Harvard
Scroll to top