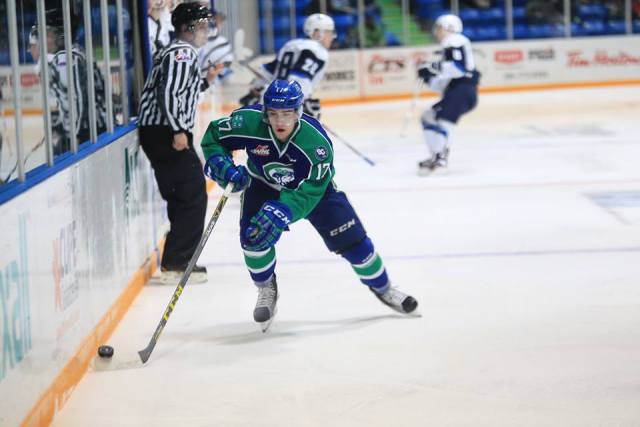 If it is true the crop of first-year eligible prospects for the 2017 NHL Draft is in fact one of the weakest in recent memory, then why not turn back the clock and give another shot to a kid passed over in either 2015 or 2016?

This could very well be the draft day strategy of several NHL general managers, specifically those looking for players who are physically ready to step in and challenge for a roster spot. Upcoming expansion, a seemingly league-wide emphasis on youth and speed, and the desire to stay competitive while operating with salary cap flexibility are just some of the reasons why teams are expected to be less inclined to wait more than three years for a player to develop. Plus, many draft eligibles from the vaunted 2015 pool were passed over simply because of the quality and depth of the players made available, thus allowing scouts to familiarize with players previously left off their respective team’s draft boards. Lastly, high-end European prospects are more inclined to head to North America, to the point where Russians and Finns are willing to play in the USHL or NCAA if the roster of the CHL team that owns their rights is maxed out on the allowable number of imports.

The downside? The bridge between entry level deals and unrestricted free agency once the player turns 27 is anywhere from one to three years shorter, which means cap-strapped teams will have to “buy” UFA years on deals following entry level contracts. Nevertheless, we expect teams to follow the tactics used last year when 48 of the 211 players chosen were overagers.

Russian imports Ivan Kosorenkov (QMJHL) and Igor Shvyryov (MHL)  — two former members of Russia’s now-defunct U18 program — are at the top of this talented group of older draft prospects. Both 1998-born forwards are superior puck handlers that can create scoring chances within the confines of a clogged offensive zone. From the blueline, Latvians Kristians Rubins (WHL) and Kristaps Zile (MHL) remain two of our top defenders, both for their mature builds, physicality and leadership ability. And in goal, we remain partial to Niagara (OHL) backstop Stephen Dhillon, who just missed first-year eligibility for 2017 by only two days.

Below is a detailed sortable table of The Draft Analyst’s February rankings of overage draft-eligible prospects for the 2017 NHL Entry Draft, to be held in Chicago from 23-24 June. Players born between 01 January 1997 and 15 September 1998 were considered in the zone for overage draft eligibility and were previously eligible for the 2015 or 2016 NHL Entry Drafts.