Photo courtesy of the US NTDP 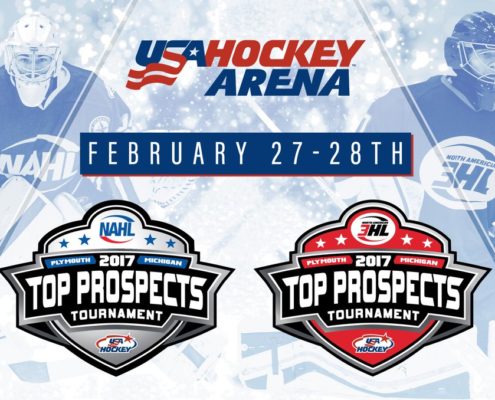 C/W Scott Reedy (4/4/99, 6’1/202): Reedy was too much for Team South to handle, using his strength and puck control to enter the zone rather effortlessly. He continues to display a strong sense of play development, repeatedly slipping into open lanes to receive the puck cleanly. We still consider him to be better off at the center ice position, but he’s far too productive and reliable below the hash marks to write off his prospects as a goal scoring winger. Reedy seems to never have a problem when matched up against older competition — some of last night’s NAHL’ers were in their early 20’s. Big, strong and a fluid skater, Reedy remains our top forward draft prospect from the NTDP.

#NTDP: C/W Scott Reedy (Ranked No. 29) can stickhandle though a minefield. pic.twitter.com/xtSstd1ioL

LHD Max Gildon (5/13/99, 6’3/188): There is nothing speculative about Gildon’s resurgence following a dreadful early season — he looks like a different player. And while he continues to force passes and play the gambler, his risk taking is more calculated than it was during his autumn struggles. Gildon was assertive and decisive with puck management, and he was accurate with most of his stretch passes. He communicated well with his partner and didn’t skate himself into untenable situations. Handling a forecheck is becoming a strength as his poise with the puck is improving game by game. Gildon, who recently comitted to New Hampshire, is stuck behind several talented NTDP blueliners, so it’s doubtful we’ll ever see his true potential before the draft community convenes in June.

#NTDP: Nice play by LHD Max Gildon (Ranked No. 93), showing hand/eye coordination to settle the puck, then spinning away from pressure pic.twitter.com/VWCURbCI3O

LHD David Farrance (6/23/99, 5’11/180): Farrance is clearly one of the top two-way defensemen available for the draft, and we’ve seen enough of him to boldly confirm his reputation as a quality power play quarterback with top-four upside. We feel he doesn’t get enough credit for his defensive play, and being under six foot is part of the reason why. Still, he’s the NTDP’s top defenseman who logs top-pairing minutes, runs the power play and kills penalties. Farrance is capable of winning puck battles against bigger older players — he’s done it against NCAA competition and again last night, so we can only hope this gets recognized as he nears the draft. He did, however, make a critical turnover that led to a 2-on-0, but his reaction was quick enough to break up the play before a chance materialized. Farrance’s positioning was solid and used his lower body strength to keep his man near the cage clear of shooting lanes.

RHD Tommy Miller (3/6/99, 6’2/177): Miller was smooth and reliable all night, which is the recurring theme over close tro a dozen viewings. Like Gildon, he too has the misfortune of playing within a deep and talented defense corps with each individual capable of providing offense. Miller is a fluid skater who leeps his head up and makes tape-to-tape passes, and pressure rarely rattles him.

LW Joey Cassetti (2/28/99, 6’3/187): Cassetti is a physical two-way winger who kills penalties and finishes his checks. He’s had a tough time getting offensive zone starts and power play time, but last night was one of the few opportunities where his underrated hockey sense was on display. Cassetti is a tireless forechecker with good speed and an active stick. He’s capable of creating scoring chances off turnovers and knows how to enter a zone with the puck or position himself properly in support of a rush.

G Nikita Babintsev (9/26/97, 5’11/176): Flexible butterfly-style netminder who controlled his rebounds and didn’t give Team USA shooters much in terms of openings. He tracked the puck well considering how busy his crease was, while his reset was quick and kept him in proper position.

RW Luke Edgerton  (5/1/97, 5’9/173): Edgerton is an undersized yet skilled winger who flanked Thomson on  Team South’s top line and first power play unit. He had a game-high three points (2g, 1a), showing soft hands and patience around the net. Edgerton is a Wheeling, WV native.