Photo courtesy of the SHL 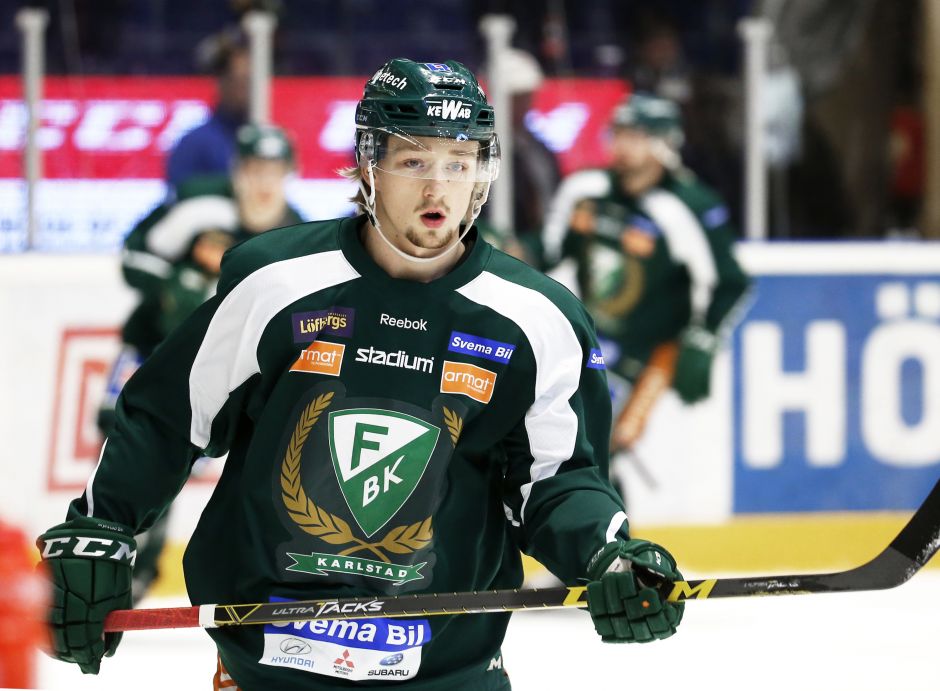 An excellent two-way center who didn’t take long to earn a full-time job in Sweden’s top league. Asplund was a polished sophomore for Farjestad in 2015-16, centering the third line and performing spot duty in the top six along with fellow 2016 draft eligible Oskar Steen and 2015 first rounder Joel Eriksson Ek. However, it was a breakout performance for Team Sweden while subbing for an injured William Nylander at the 2016 world junior championship which gave him dual-continent recognition, finishing the tournament with five points as Sweden’s de facto top center.

Asplund is quick and shifty, using his speed and turning ability to gain time and space. He has a good touch around the net, positioning his stick in the right place and takes a beating to complete a play. His SHL numbers might not show it, but he’s a very good scorer with a quick, accurate shot. Asplund is strong on the puck and can make plays across the ice or diagonally while traveling at a high rate of speed. His work ethic off the ice is excellent, and it shows — he’s a tenacious forechecker and competes every shift from start to finish. Asplund is far from physical, but his excellent work in the faceoff circle coupled with his smarts makes him a perfect fit for the NHL’s puck-possession game.