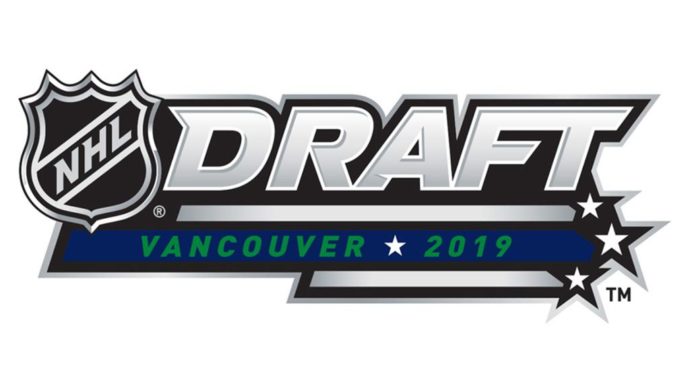 NASHVILLE (The Draft Analyst) — With the NHL’s postseason scheduled to start exactly one month from today, the Stanley Cup playoff picture in either conference appears a lot less foggy than it did several weeks ago. The reality of a spring without playoff hockey is beginning to set in for an increasing number of teams, while only a few dreamers on the bubble, stubbornly fighting for survival, will be able to avoid a dreaded trip to the proverbial guillotine. Technically speaking, not a single team has been mathematically eliminated from postseason contention, including the league-worst Ottawa Senators with 52 points (and no first-round pick in 2019). Nonetheless, the domino-like effect of pink slips and ticket punching usually happen within the final two weeks of the regular season, which ends officially on Saturday, Apr. 6.

When determined, the playoff schedule is observed by hockey fans from across the standings spectrum with a keen interest in seedings and matchups. One common example of this is the condition of playoff success that is placed on a traded draft pick. A year ago, the New York Rangers sent Ryan McDonagh to Tampa Bay for a package of prospects and picks, one of which being a second-round selection in the 2019 draft that becomes a first-round pick if the Lightning with this year’s Stanley Cup. Last month, those same Rangers moved Mats Zuccarello to Dallas for a second rounder in 2019 and a third in 2020. If Dallas gets in and wins two playoff rounds with Zuccarello playing regularly, the pick in 2019 becomes a first. Safe to say that Rangers fans are pulling for Tampa to beat Dallas in the Stanley Cup Finals.

Whether it’s for playoff seeding, home-ice advantage or salvaging a lost season by earning extra draft lottery balls, every team and their fans should have a vested interest in how the final month of the season unfolds. From contenders all the way down to the bottom feeders, we’ll spend the next month taking a look at all 31 teams, broken down by each division.

Courtesy of CapFriendly’s 2019 Draft Board

Washington Capitals (Ranked No. 3): At no point during this season have the defending Stanley Cup champions played like they were suffering through some sort of hangover. Not only are they on pace to match or surpass last season’s point total of 105, but they improved in the goal scoring department (3.44 goals a game this year; 3.16 in 2018), and are fourth in the league with 193 goals at even strength. Naturally, an uptick with offense has slightly impacted the defense and goaltending, where the Caps’ goals-against average climbed from the Cup-year average of 2.91 to 3.13 this season. Nothing earth shattering there, as losing a defensive-minded coach like Barry Trotz and replacing him with a rookie in Todd Reirden was a change that few thought would be perfectly seamless. Nonetheless, a stellar 15-6-2 record within the division and an impressive 27-12-4 mark against their own conference reinforces the belief that the road to the Stanley Cup will at some point run through the nation’s capital. The Capitals are 11-4-2 against their remaining schedule, which includes two games with Tampa, two with Carolina and a possible division-title showdown with the Islanders in the season finale on Apr. 6.

Crazy. The Metro more than any other division has the most teams in the top 13 in overall points

New York Islanders (Ranked No. 8): The Islanders are tied with the Capitals in both points (91) and ROW (38), so the last thing anyone should do is count them out as Cup contenders. Not only do the Long Islanders boast the league’s stingiest defense (2.40 goal against) and save percentage (.924), but they too have been consistently good against the Metro (16-8-1) and the East (26-13-5). Furthermore, the issues on offense (21st in goals per game; 26th on the power play) are a bit overstated, as the Isles are +36 in even-strength goal differential — fourth-best in the NHL behind Tampa, Toronto and Calgary.

What’s left on the Islanders’ remaining schedule should make men out of them. They have comfortable leads of seven and six points over current wild-card holders Carolina and Columbus, respectively, so missing the playoffs altogether probably isn’t happening. But you have to figure the Islanders will fight tooth and nail for the division crown or No. 2 seed in order to get home-ice advantage for at least the first round, which is scheduled to be played in the raucous Nassau Coliseum. It won’t be easy, however, as eight of the Isles’ final 10 games are against powerhouse or bubble teams, including a must-see home date on Apr. 1 against the hated John “Pajama Boy” Tavares and his Toronto Maple Leafs.

Pittsburgh Penguins (Ranked No. 9): For all the talk about how it’s been an up-and-down year for the Penguins, they still have a legitimate shot at finishing first or second in the Metro for the 12th time in the last 13 years. As of Sunday, the Pens were only three points from both the Islanders and Capitals (with one game in hand) and tied them in ROW with 38. Furthermore, they are a good seven points ahead of Montreal from being out of wild card positioning. Winning the division is something Pittsburgh has not done since 2014, and their lead over Columbus for the east’s final wild card spot is only four points. The Pens’ remaining schedule gets tougher before it gets better. The play two games apiece against both Carolina and Nashville before wrapping up the season with a home-and-home against lowly Detroit, then the season finale at home versus the equally-putrid Rangers. Pittsburgh is 3-0-0 against the Red Wings and Blueshirts, outscoring them 18-9 in the process. No matter what the Penguins do on an upcoming four-game road trip, they still can achieve decisive results in the season’s final week. When you consider their potent attack that’s fifth in goals scored, plus the roster’s obvious Stanley Cup pedigree, the Penguins should continue to command league-wide respect as a legitimate contender no matter where they finish in the division.

Carolina Hurricanes (Ranked No. 10): The league’s top shot-producing team continues to roll since its low-water mark in late December, when the Canes began a 24-8-2 surge to climb four points ahead of Montreal for the conference’s dreaded “ninth place”. That cushion, in addition to having a game in hand, may not last that long, as Carolina has a murderous remaining schedule in which 10 of their final 11 games are against bubble teams and contenders. The win over Buffalo on Saturday was the start of a stretch where seven of the next eight games are on home ice, including critical dates with Pittsburgh on Tuesday, the Canadiens on March 24, and then a home-and-home with Washington. Making the playoffs is one thing, but you have to think the Canes want to avoid a first-round matchup with Tampa Bay at all costs. As grueling a stretch as it will be, Carolina likely accomplishes both with wins over New Jersey and at Philadelphia in their final two games.

Columbus Blue Jackets (Ranked No. 13): One of several post-trade deadline narratives being parroted by the media was that win or lose, the Jackets and general manager Jarmo Kekalainen should still be commended — borderline excused — for at least trying to swap and deal their way into becoming a playoff machine. Truth be told, the season will be a colossal failure if  Columbus, easily the busiest team before the trade deadline, fails to hold off Montreal or Philadelphia for the east’s final wild card spot. Since acquiring Matt Duchene, Ryan Dzingel and Adam McQuiad — moves that left Kekalainen with only two remaining picks in the 2019 draft — the Blue Jackets have gone 5-4-1 and have only a three-point lead over the Canadiens. They’ve played well in a recent 3-1-1 stretch that includes impressive wins over Boston, Carolina and Pittsburgh. But the rest of the schedule includes a three-game swing to Western Canada, a home date with Montreal on Mar. 28 and a visit to Nashville two days later. Their final three road games are palatable — at Buffalo on March 31 (third in four nights) and a season-ending two-game swing in Ottawa and at the New York Rangers. Although seven of the Jackets’ final 10 games are away from Columbus, they own one of the league’s best road records at 20-12-2.

Philadelphia Flyers (Ranked No. 18): An impressive come-from-behind victory in Pittsburgh on Sunday inched the Flyers to within six points of Columbus for the second wild-card berth. Not bad for a team that fired both its coach and GM earlier in the season. Things have definitely turned around since mid-January (thanks, Carter Hart), as the Flyers are closing their season on a 20-7-2 run that has rekindled interest and given youngsters such as Hart, Travis Sanheim and Philippe Myers a little taste of a winning culture. Carolina has a seven-point lead on Philly with a game in hand, so making the playoffs AND avoiding Tampa in the first round seems like a bridge too far. But if catching the Blue Jackets is their most realistic objective, they should start by beating Montreal on March 19. A meeting in Chicago two days later with the surging Blackhawks is no longer a layup, and seven of the final eight games thereafter are against surefire playoff teams or Cup contenders.

New York Rangers (Ranked No. 25): The tank is most certainly on for the Broadway Blueshirts, losers of 11 of their last 13 games, including nine of 10 since unloading veterans Mats Zuccarello, Kevin Hayes and Adam McQuaid before the Feb. 26 deadline. It wasn’t that long ago when the Rangers played stubbornly enough to place well above the bottom feeders. But as the saying goes, you are what your record says you are, and with 43 losses in 72 games, we can safely tuck the Rangers into the depths of the tank category. With 10 games left in a rebuilding season that indirectly began as far back as last year’s trade deadline (and management’s “memo” to fans that rubber stamped this rebuild), the Rangers are sliding closer and closer towards securing their best chances at a top-three pick since Brad Park went second overall some 53 years ago. The organization has no shortage of youngsters or prospects to thrust onto NHL ice for the remaining two weeks. Nor has the coaching staff shown an aversion to playing these kids in prominent roles. It’s mission accomplished for the growing portion of the fanbase that considers losing (er, tanking?) to be the necessary strategy until season’s end, so mark down the April 1 meeting with New Jersey as a prime choice for this year’s Tanker’s Cup championship

New Jersey Devils (Ranked No. 25): One of the easiest ways to ensure a tank remains a tank is by shutting down top players under the protective umbrella of injury. And while nobody should question the seriousness of legitimate injuries suffered by reigning league MVP Taylor Hall and phenom Nico Hischier, the simple truth is that the tanking Devils have a bunch of key guys injured and don’t seem the least bit interested in playing them — at least not with a top-three pick on the line. It’s been a brutal season for New Jersey, which actually won its first four games and for a week or two had everyone thinking playoffs for the second year in a row. Since then, however, the Devils have lost 46 of the next 69 games, most of which were played with their Hart Trophy-winner in street clothes. Another lottery pick will certainly be in the offing, even with a friendly late-season schedule that has them playing six of their last nine at home, where the Devils have been a respectable 17-12-6. One aspect of the game that is a good tank indicator is power-play production– New Jersey has gone 3-for-its-last-37 since spending most of the season in the 20 percent efficiency range.