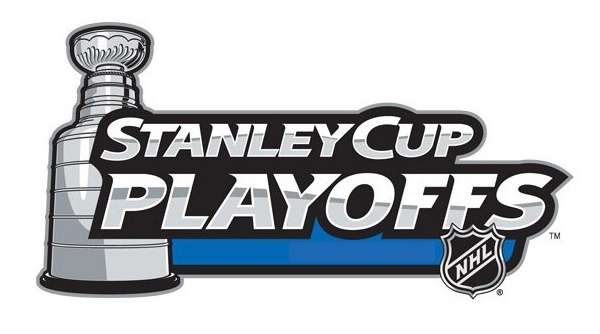 NASHVILLE (The Draft Analyst) — Just because nobody’s clinched a second-round series yet, doesn’t mean we can’t anticipate the hell out of it. We have four beautiful battles in Round 2 spanning two conferences, and on Monday we saw two of them become tied at a game apiece. In the East, the four remaining clubs advanced from the opening round on hot streaks, and all have shown the look of a legitimate Stanley Cup contender. Are the Islanders for real? Can Tampa become a burden? How good is this Hart kid? Will the Bruins ever slow down?

The beauty of questions such as these is that even in this oddball 2020 version of Stanley Cup playoff hockey, we’re still able to find that blissful state of normality that was so prevalent in the pre-Twitter postseasons of yore. And trust me, that wasn’t some overstatement. There was an actual time when passionate hockey fans put aside petty differences from outside the sports world, and if you pay attention hard enough, reliving that same feeling is attainable, even if attempts are made to distract us with a global pandemic or a degenerate mascot with a porn addiction hitchhiking the Midwest. Therefore, it’s important to give you a clue or two into what we’re talking about.

Bottom line up front: These two battering rams collided on the mountaintop without much room to give, and it was the New Yorkers who scored the early victory with a 4-0 win in Game 1. The Flyers came out sluggish in the first period and it cost them, and they made life somewhat easy for Isles’ goalie Semyon Varlamov thereafter despite holding a significant advantage in shot attempts and zone time in the final two frames.

This is shaping up to be the deepest Isles’ playoff run since the magical Spring of 1993 when they upset the defending-champion Penguins in the second round before losing to eventual Cup winner Montreal in the Wales Conference Finals. It’s been 36 years since the last time they went to the Stanley Cup, but with the elimination of a powerhouse like St. Louis and the invincibility of the Vegas Golden Knights now in question, there’s no reason to doubt the idea that the Islanders have the potential to win the whole dame thing. Current NHL betting lines point towards the Islanders being the heavy favorite to take the series against Philadelphia and understandably so — if you include the regular season, the Islanders are now 4-0-0 against their division rivals. They have yielded under 30 shots in each of their 10 playoff games, and good luck scoring on them early, as the Islanders have allowed only three goals combined in the first period. If they were to have a potential Achille’s heal, it would be the penalty kill, which currently ranks last among the eight remaining teams (75.8 percent).

If you go all the way to the post-expansion season of 1967-68, the Flyers have been one of the NHL’s more successful teams in terms of turning a playoff berth into a run that goes beyond two rounds. Of their 39 playoff appearances, 16 developed into a conference final run or greater; but none since 2010. If the Flyers want to get back, they’re going to need peak performances from their big guns, who have gone silent since play resumed. As cliché as it sounds, the solution for the Flyers is simple: They need their best players to be their best players if they want to prevent the series from escaping them. As you can see in the shot chart below (courtesy of Hockey-Reference), the Philadelphians were able to muster only six shots from the low slot, and of those six, only one came from a top-four scorer. Additionally, premier two-way center Sean Couturier had a game-worst -29.5% CRel (10 attempts for, 19 attempts against) after he led the team with a +7.9% in the regular season. Couturier, along Claude Giroux and Travis Konecny, have zero playoff goals in combined 30 games. The good news is that Philadelphia has yet to lose back-to-back playoff games, and goalie Carter Hart bounced back with stingy performances in victories immediately following defeat. 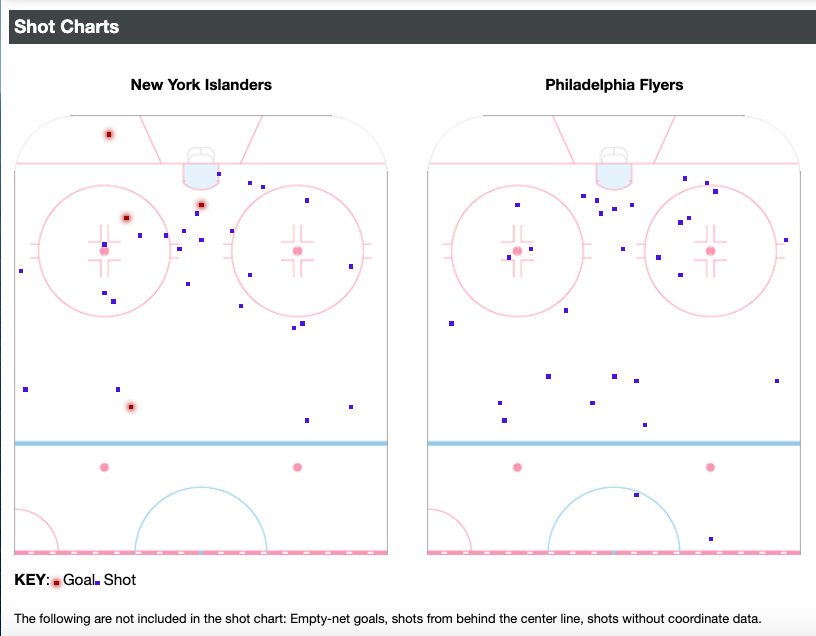 Bottom line up front: The Lightning and Bruins don’t like each other, and it shows. Neither team has any glaring weakness and Tampa’s overtime victory in Game 2 helped turn this into a series. The Bolts aren’t the steamroller we saw in the 2018-19 regular season and they are not necessarily humming on all cylinders this postseason. But their play against a confident Bruins squad indicates they’re just as much of a contender as the defending Eastern Conference champions from Beantown.

Imagine telling someone in early August that the Lightning would be within three wins from the conference final despite the loss of Steven Stamkos, some inconsistent play from goalie Andrei Vasilievskiy, and without much help from a struggling power play. But that’s exactly the situation Jon Cooper’s men find themselves in thanks to a thrilling 4-3 overtime victory in Game 2 that knotted the series at one game apiece.  Unlike the aforementioned Flyers, the Bolts in their 10 playoff matches are getting Grade-A contributions from their two best players – center Brayden Point (12 points) and winger Nikita Kucherov (10 points). The duo combined for a critical goal late in the second period to erase a 2-1 deficit, as Point put on a footwork and stickhandling clinic in traffic to set up a point shot that Kucherov redirected home. But Tampa’s recent playoff success has been a team-wide effort, and their defense has been excellent in limiting opponents’ offensive-zone time while keeping pucks away from goalie Andrei Vasilevskiy. Each of the six Lightning rearguards are averaging over 20 minutes a game and three of them – Zach Bogosian, Kevin Shattenkirk, and Victor Hedman – each picked up a primary even-strength assist in Tuesday’s triumph.

As deflating a loss a playoff overtime defeat can be, it’s a tough proposition to bet against these Bruins, who in the past have fought tough postseason wars against varying types of lineups. Remember, it was last year’s Columbus Blue Jackets who beat the B’s in OT in Game 2 of the Eastern Conference semis, only to lose the series in six. Conversely, it was Tampa back in 2018 that dropped the second-round opener to these same Bruins before winning the next four to advance to the third round. On Tuesday, the Bruins were absolutely blitzed in the extra frame before Ondrej Palat ultimately won it at the 4:40 mark, and they had a tough time containing the Palat-Point-Kucherov troika, which helped Tampa out-attempt the Bruins by a 3:1 margin when they were on the ice. The silver lining to the Game 2 loss is the continued dominance of the The Perfection Line, however, as David Pastrnak assisted on both of Brad Marchand’s goals, including the tying score that forced overtime with under four minutes left in regulation. At least one of Marchand, Bergeron, or center Patrice Bergeron has had a hand in seven of Boston’s last eight goals scored.

The 2021 NHL Draft Report is here!
Scroll to top