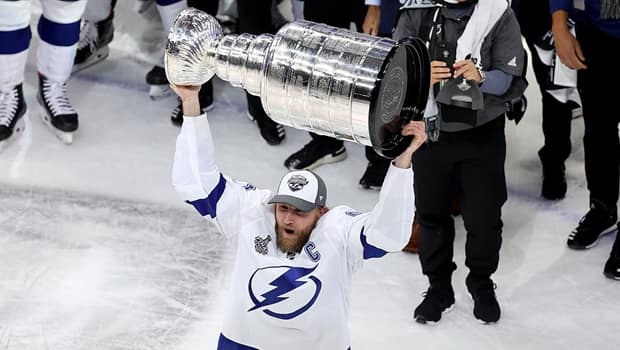 The league’s stingiest defense during the regular season has lived up to its reputation in the playoffs, yielding opponents to two goals or less in regulation in 10 of their 14 matches. Vegas, which is the odds-on favorite (-125) to not only advance to the Stanley Cup final but also take home the grand prize, won its fifth straight game with Monday’s 4-1 win over Montreal in Game 1 of the conference final. The last time that happened was in their inaugural season of 2017-18, when the Golden Knights ran off two separate postseason winning streaks of five games to get to the final round.

If Vegas advances past the Canadiens, they will become the first team in post-WHA merger history to reach the final in two of their first four years of existence. What also bodes well for the Golden Knights is that they are a perfect 5-0 when claiming victory in a playoff series opener. Therefore, winning the league championship shouldn’t seem less perceptible than it was when they faced Washington in 2018. The Golden Knights, who this season ranked first in goals against and third in goals scored, are a combined 7-5-0 against the Islanders and Tampa Bay since entering the league.

Les Habitants received a dose of reality in Monday’s 4-1 loss to Vegas in Game 1 of the semifinal as they trailed throughout and lost the possession edge up until the late stages of the third period. Things in this series aren’t expected to get easier for underdog Montreal, which deserves credit for ousting both Toronto and Winnipeg in the division round but entered this postseason with the worst record of all 16 qualified teams. If goalie Carey Price can work his magic and lead the Canadiens to a Stanley Cup berth, the last team they’ll want to meet in the final is Tampa — an Atlantic Division rival which since 2017-18 is 10-1-1 against the Habs with a +16 goal differential. In fact, Price’s 4-12-2 mark (with a .904 save percentage) versus the Lightning in the regular season since 2014-15 is his worst record against any NHL team in that span. His 6-4 playoff record against the Bolts is more respectable but his save percentage dips to a paltry .896.

Against the Islanders, however, Montreal’s franchise goalie for his career is an impressive 14-6-4 with a .914 save percentage, and he’s 3-1-1 in his last five starts, yielding two goals or less in four of them. Forward Brendan Gallagher is another Canadien who would rather see the Islanders in Round 4, as his career points-per-game average against New York (0.81) nearly doubles his all-time production against the Lightning (0.46)

Game 1 loss to the Islanders in the conference final notwithstanding, the defending Stanley Cup champions have what it takes to rebound from defeat and then some. The Lightning, which currently operates the deadliest postseason power play in NHL history at 42.1 percent efficiency, has not lost consecutive playoff games since it dropped the last two games of the first-round upset to Columbus in 2018-19. Since then, the Bolts are a combined 24-8 during the NHL’s second season and have outscored opponents 110-77.

To get to the conference finals, Tampa out-slugged the NHL’s third and fourth best teams in Florida and Carolina, respectively. If they beat the Islanders (No. 12) and meet and defeat Vegas (No. 2) in the Stanley Cup Final, then the Lightning would join the 1980 Islanders, the 1988 Edmonton Oilers, and the 1995 New Jersey Devils as the only four teams since the 1979-80 WHA-NHL merger to beat three of the league’s top-five teams in the same postseason. That won’t be easy, however, as the Golden Knights are 4-2-0 all-time against Tampa Bay in the regular season.

Although Tampa has never faced Vegas in the postseason, it has a brief but recent history with Montreal. The Lightning first met the Canadiens in the playoffs in 2004, sweeping its second-round series en route to winning the first Stanley Cup in franchise history. Montreal had to wait until Round 1 in 2014 to exact revenge via a four-game sweep of their own, although the favored Bolts had lost starting goalie Ben Bishop to injury right before the series began. Tampa returned the favor the following postseason by winning their second-round meeting with Montreal in six games, with a healthy Bishop out-dueling Price. Current Lightning netminder Andrei Vasilievsky has never started against Montreal in the playoffs and his lone appearance was in 2015 when he relieved Bishop in a Game 4 blowout loss.

The Islanders, who lost to the Lightning in six games in last year’s East final, are in consecutive conference finals (meeting Tampa each time) for the first time since the “Drive for Five” dynasty years of 1980 to 1984. Although those Stanley Cup-winning teams led by the likes of Bryan Trottier, Mike Bossy, and Denis Potvin (among several other notables) were built differently from a scoring standpoint, the similarities in team pride, blue-collar work ethic, and self-sacrifice are strikingly similar. Without waxing too poetic about the Isles’ glory years, it’s evident that the current group under head coach Barry Trotz are reestablishing the toughness standard that has been lacking in New York’s sports scene for over a decade.

By taking a 2-1 decision in Game 1 over host Tampa, the Islanders and their stingy defense improved to 9-4 in the playoffs but continue to leak power-play goals against. Through Monday, New York’s horrific 60.7 kill rate while down a man is the worst among the 136 teams who have appeared in eight or more playoff games in the last 16 years. The good news is that they boast a 1.77 goals against at even strength through their first 13 postseason matches.

If they advance, neither of the Islanders’ potential Stanley Cup opponents have been pushovers when they’ve met in the regular season. Although New York is a respectable 3-3-0 against the Golden Knights since 2017-18, they are only 2-5-1 against Montreal while being outscored by a 32-18 margin.