The Draft Analyst’s Rankings: The top 250 prospects for the 2016 NHL Draft (February) 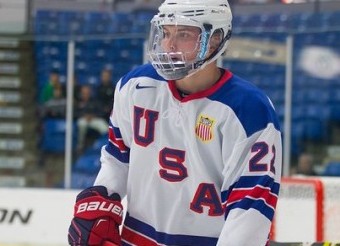 The 2016 NHL Draft may seem like just another crapshoot, replete with varying opinions on whether or not a prospect is elite or downright wretched. Over the last month, we haven’t seen widespread change in on-ice performance to throw our big board completely off. Zurich center Auston Matthews remains the top available prospect, while Sarnia Sting defenseman Jakob Chychrun put together the most productive period of his pre-draft campaign, registering 15 points in his last 18 games. Over in Finland, right wing Patrik Laine had an impressive showing for Finland’s National Team in a two-game exhibition against Sweden and continues to shine as the top rookie in the Finnish Liiga. Jesse Puljujarvi’s compete level and decision making are slowly improving, but he’s operating close to a point-per-game clip since the WJC while logging big minutes for a strong Karpat squad.

Granted, the season-ending injury to top center Mike McLeod is a noteworthy change to say the least, as we dropped him out of the lottery but feel he’s likely to heal in time for the U18’s in Grand Forks and return to his rightful place among the draft elite. Speaking of injuries, it’s good to see Vancouver star Tyler Benson return to the fold after missing nearly two months with a lower body injury. Considered a top ten pick at the beginning of the season, we applaud Benson for sitting out last month’s CHL Top Prospect Game, where teammate and riser Ty Ronning got a chance to show the world his goal scoring prowess.

A handful of pre-draft tournaments recently concluded in Europe, with the likes of German right wing Tobias Eder, Swiss center/wing Marco Miranda and Sweden’s Jonathan Dahlen using the international stage to give their draft stock a boost. Eder is a wonderful talent who loves to attack and shifts gears to catch retreating defenders flat footed, and Miranda was a key cog in Switzerland’s attack at the U18 Four Nations in Slovakia, displaying a soft touch and quick hands as he carved up the competition. Dahlen, whose father Ulf played of a dozen NHL seasons, played a critical role as an underage for Sweden’s U19 team at the Five Nations Cup in Deggendorf, Germany.

In North America, Swift Current defender Max Lajoie missed some time due to an illness, but he resurrected his season by combining his sublime puck skills with heady play in his own end. Always a danger with the puck on his stick, Lajoie has been invaluable for the Broncos as their top-pairing blueliner and power play quarterback.

It’s been a tale of three seasons for London power winger Max Jones, who always seems to get his chances and make an impact, just not on the scoresheet. Jones shook off a sluggish start and carried the Knights while their top guns played at the World Juniors, but finishing had been a struggle of late, and that’s while playing on the flank of either Mitch Marner or Christian Dvorak. The effort may be there, but subpar results (three points in his last 14 games) aren’t helping his case.

Prince Albert set-up winger Simon Stransky cooled off considerably, playing out of character by forcing plays rather than allowing them to develop. Stransky is at his best when he slows the play down to identify multiple options, but he’s taking the easy route rather than use his elite vision, causing plays to bog down before anything materializes.

Towering Saginaw Spirit defenseman Markus Niemelainen continues to struggle with his positioning in all three zones, and making very little use of his God-given abilities. He’s been bumped down to the bottom pairing on several occasions, and deservedly so. The upside is still huge, and there’s plenty of hockey left to correct his deficiencies.