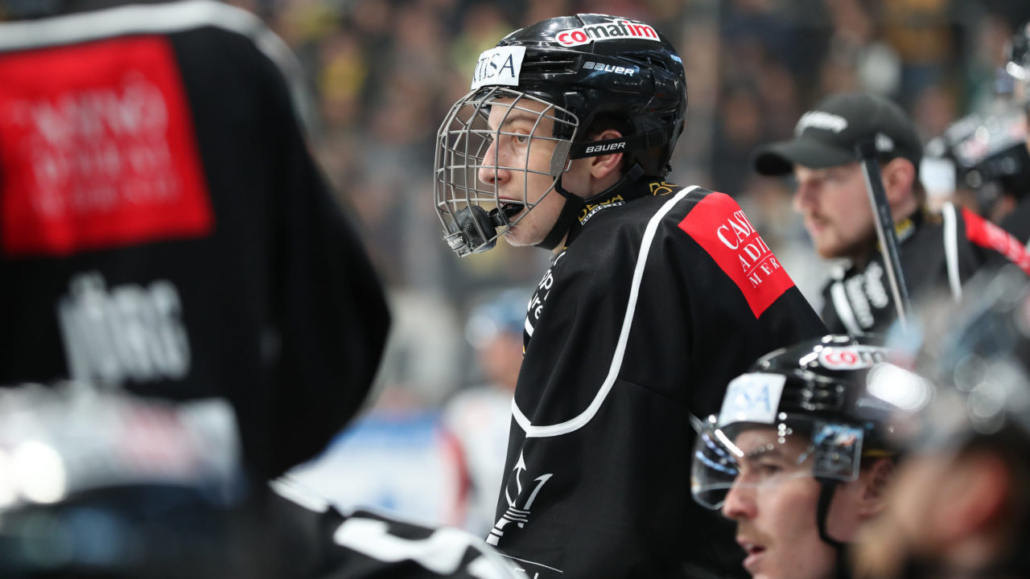 Season Review
An energetic forward who can play center or wing, Canonica is a Swiss import who earlier this year jumped from Switzerland’s U20 Elit league to join Shawinigan, which had selected him 20th overall in the 2020 CHL Import Draft. With Lugano, Canonica was one of the top scorers, posting 11 goals and eight assists in 20 games before leaving for the under-20 world junior championship. Although he was one of the younger players in that tournament, Canonica’s performance was uninspiring, as he mustered only one assist in four games despite being fourth among forwards in ice time and playing on the top line.  He joined the Cataractes soon thereafter and has spent most of the season as a top-six winger, although he has since bounced around Shawinigan’s deep lineup. In 2019-20, Canonica finished fifth in U20 Elit scoring with 43 points in 42 games.

Canonica’s production with Shawinigan has been wildly inconsistent. He started out with five points in his first seven games then was held off the scoresheet in 11 of his next 17. Through April 9, Canonica has mustered only one assist in his last eight matches and is mired in an 11-game goal drought. Even more concerning is that he’s been limited to one shot or less in 12 of his last 14, and his 1.38 shots-per-game average (33 shots in 24 games) is among the lowest of all Shawinigan regulars. The good news is that 14 of his 16 points have come at even strength.

Canonica is a hunched yet athletic and agile skater with excellent speed and strong balance against bigger defenders. He darts in and out of traffic rather quickly and uses impressive edgework to escape tight areas. Canonica is a capable stickhandler who can dangle or toe-drag an opposing checker. His quick hands allow him to be in both shooting and passing positions simultaneously. Canonica is adept at maneuvering out of trouble with either his legs or his stick skills before finding an open teammate or exploiting space to take a shot.

Canonica has a plus shot that he doesn’t use enough. He’s scored several one-timer goals this season and hit his target rather than shooting it back into the goalie. A quick release and accuracy are the trademarks of his shot. Although he won’t overpower a goalie with his shot, Canonica has the ability to pick the corners from either a static or moving position. The fact that he scored 32 goals in 62 games in Switzerland shows that he has the ability to fill the net from the center-ice position.

Canonica’s playmaking can be equally as impressive as his shooting. He has a knack for knowing where his linemates are without having to stop and look. Canonica will slow down a play to allow his wingers to slip into openings, then deliver an accurate cross-ice or cross-seam pass for a one timer, or make a short, simple pass to execute a give-and-go.

Canonica is no slouch defensively and is used frequently on the penalty kill or for defensive-zone draws. He places himself on the proper side of the puck and uses his legs and active stick to compensate for his smallish stature. Although he may seem overmatched by a larger opponent, Canonica plays with a lot of bite and does not back down from a challenge. His measurements may label him as an undersized finesse type, but he is far more versatile off the puck and is willing to battle in the trenches. Quitting on a play is not in Canonica’s DNA, and he can be relentless on either the forecheck and backcheck. Canonica is a solid team-first player who can play anywhere in the lineup, and his two-way play and effort can be assets to any team. He is willing to play the body and finish his checks with authority.

Canonica generally a smart hockey player whose versatility helps make up for occasional forced plays or periods of ineffectiveness on the puck. He is aware of game situations knowing when and when not to take chances, plus he understands whom to support and where support is coming from. Keenly aware of situations, Canonica does not ignore his responsibility in covering for a pinching defenseman.

Canonica makes quick, astute decisions with and without the puck. If there is no play, he will dump it in or regroup. Canonica also shows poise and will draw defenders towards him to open passing lanes for a streaking teammate. On the backcheck, he knows when to pass off the opponent to the defenseman and cover a different player. He analyzes situations quickly, making smart, concise decisions in the process.