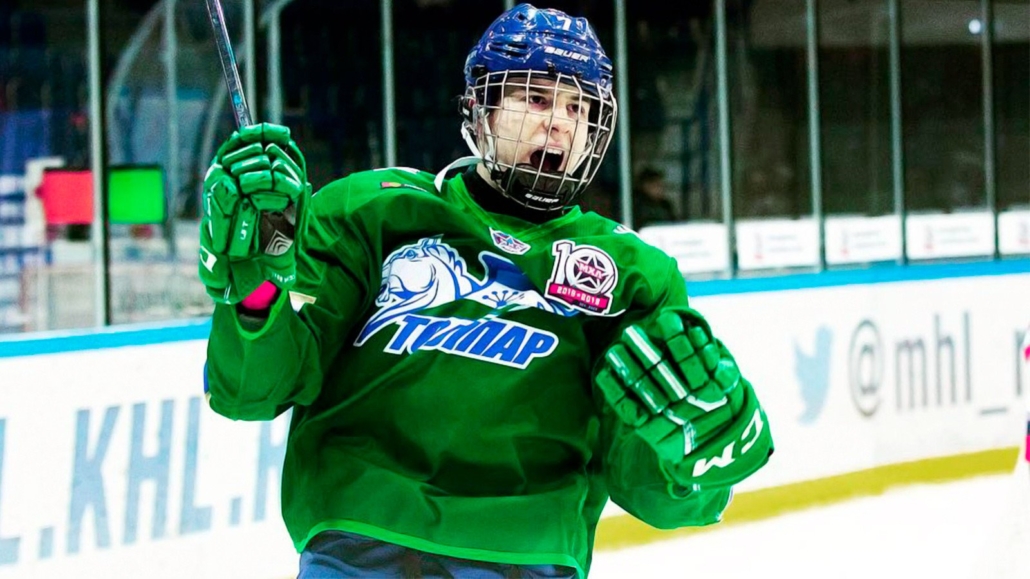 A dangerous 200-foot forward with a reputation for being clutch, Amirov is a late 2001-born prodigy who parlayed an impressive rookie season in the MHL and a dominant under-18 world championship into a much-deserved promotion to the KHL’s Salavat Ufa. Although he didn’t put up impressive numbers while playing against adults, Amirov went back to a low-scoring junior league like the MHL and absolutely torched it – his 1.29 points-per-game and 5.0 shots-per-game averages were the best among all teenage draft eligibles.

Shifty, aggressive and incredibly smart, Amirov impacts the game in all three zones with or without the puck. He can play either side of center, and his shot accuracy on his off wing is as accurate as it is on his strong side. More of an east-west skater with a wide stride who uses excellent agility and edgework to weave or curl his way past coverage, Amirov’s straight-line speed is very good, but it’s his anticipation coupled with the power of his stride that helps him create a sizable gap from back-pressure. He has an acute sense of identifying and evading oncoming opponents, and he’s not shy from stopping on a time and recalculating his next move. Amirov has a quick first step, but his directional changes in open ice are incredibly rapid and perfectly timed.

Amirov excels in both areas of special teams. He wears multiple hats on the power play that includes net-front presence, slot presence, and controlling the possession from either the wall or behind the net. This versatility in conjunction with his sharp instincts and decision-making combine to force opponents into bad choices, as he immediately draws their attention away from trouble spots, only for Amirov to exploit openings with a hard pass or an massive howitzer blast from either circle. He has soft hands to handle tough passes, and his skate-to-stick transition is among the best you’ll see from a pre-draft teenager. This allows him to quickly transition into shooting position and fool pressing opponents with pump fakes or slap passes.

Two of the more noticeable aspects of Amirov’s game are his puck control and board play in all three zones. He is extremely elusive in tight spaces and will use multiple pivots or cut-backs with confidence to keep possession alive, specifically during the cycle. He enters the offensive zone with his head up and consistently identifies and connects with the best option once time and space are achieved. If trapped inside his own end, Amirov will make subtle stick plays to win possession before trapping overcommitted point men with a nifty bank or lob pass. Amirov is quite the thief, and you can count on him to loot unassuming opponents several times a game.

Amirov in the KHL was utilized in the most modest of roles, which is common for pre-draft teenagers. This experience had a profound impact on his development, which was proven in his dominant play upon returning to junior hockey. Not only was Amirov the top all-around forward on a strong Tolpar squad, but he also was one of the best scorers in the entire MHL. He finishes his checks, kills penalties in an expert fashion, and is strong in both his balance and ability to fend off harassing checkers with ease. There’s some bite to Amirov’s game and he is highly decisive when he wants to take the puck away from an opponent, even if it means mashing him into the boards.

#U18: Jack Hughes gets outworked by the smaller Dmitri Sheshin (Ranked No. 57), who centers it to 2020 draft prospect Rodion Amirov for the SHG..

Sheshin has been a buzzsaw on the forecheck. Nonstop motor and then some.