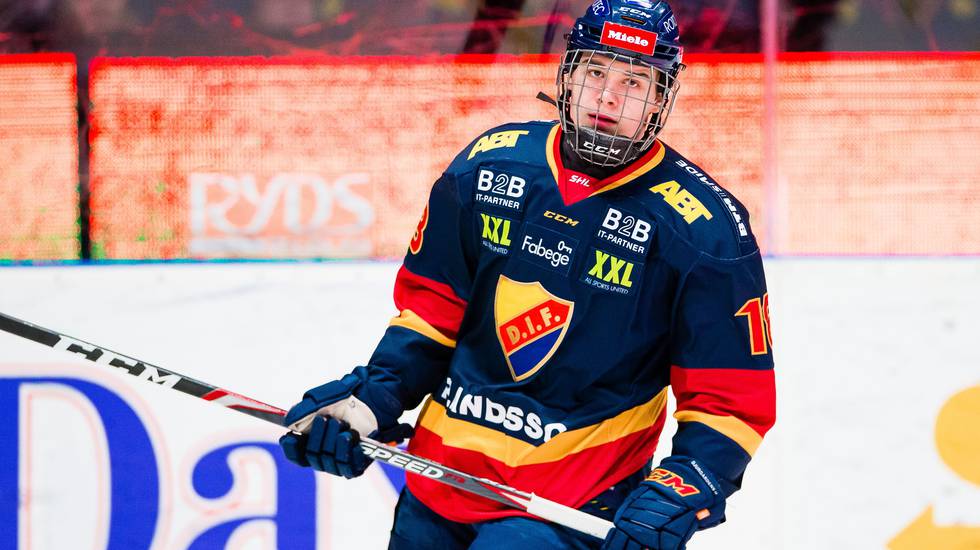 A deadly goal scorer with smarts whose contributions go beyond putting the puck in the net, Holtz has been a top-line player for Sweden at multiple under-18 events dating as far back as the 2018 Ivan Hlinka when he barely was 16 years old. His draft season was a resounding success, to include his clutch performance for Sweden at the under-20 world junior championship and becoming one of the top U18 scorers in SHL history.

Built with a thick frame and possessing powerful leg drive, Holtz is difficult to neutralize when he’s on the puck in either full flight or in battles along the boards. He plays with his head up and keeps his feet moving, and he consistently looks to slip into soft areas to unload his world-class shot. Holtz’s desire to battle hard without the puck and challenge bigger players are key components to his ability to change possession and maintain pressure in the opposing end. If he loses the puck, he’ll track it properly with an active stick and harass defenders, even if he’s at the end of a long shift.

Holtz is an excellent stickhandler in all situations and makes subtle maneuvers to avoid entanglements with opposing stick checks. He can take the puck inside or out and shifting gears on the fly with deft lateral agility is one of several tactics he uses to get the puck loaded up for a deadly wrister from the middle of the ice. The puck explodes off his blade, and the high velocity generated by each attempt pays tribute to the mechanics of his delivery. Unlike the average teenage player, Holtz seems to be able to mask his intended net target by hitting the upper corners with the puck positioned in different areas of his blade. Shots from static positions and off the rush are difficult for goalies to control, and a good chunk of his assists — primary or secondary — are generated from rebounds. He appears to prefer the wrister over the slap shot, which is understandable considering his release.

Although he shouldn’t be classified specifically as a two-way forward, Holtz is sound positionally in his own end and makes excellent reads while utilizing his stick efficiently. He outsmarted most of his opponents in the junior-age Superelit, where he was the league’s leading goal scorer a season ago and could be counted on for multiple breakaways or odd-man rushes per game. He certainly doesn’t fly the zone irresponsibly, and he’s quick enough to double back and support in coverage if possession changes hands. Holtz has very good straight-line speed and multi-directional agility, but it’s his powerful stride that helps him outpace defenders or cause problems on the forecheck. His balance is excellent, and he has proven to maintain control while receiving multiple hard shoves from bigger defenders, especially near the net.

One overlooked aspect of Holtz’s game is his vision — he is an excellent tape-to-tape passer, but he also spots backdoor, diagonal and cross-ice options with regularity. These are risky plays, especially on the power play, and teams late last season began to limit his completion percentage by tightening up the middle and keeping sticks in lanes. The problem with that is he’ll gladly defer to his deadly shot from the circle, thus keeping opponents off balance at any strength.

And here is @DIFHockeyse‘s Alexander Holtz, scoring his team’s first goal in their 2019/20 campaign. They lead @GKSTychy1971 2-1 after 40 minutes#ChampionsGoBeyond pic.twitter.com/CV1bUZwdD6