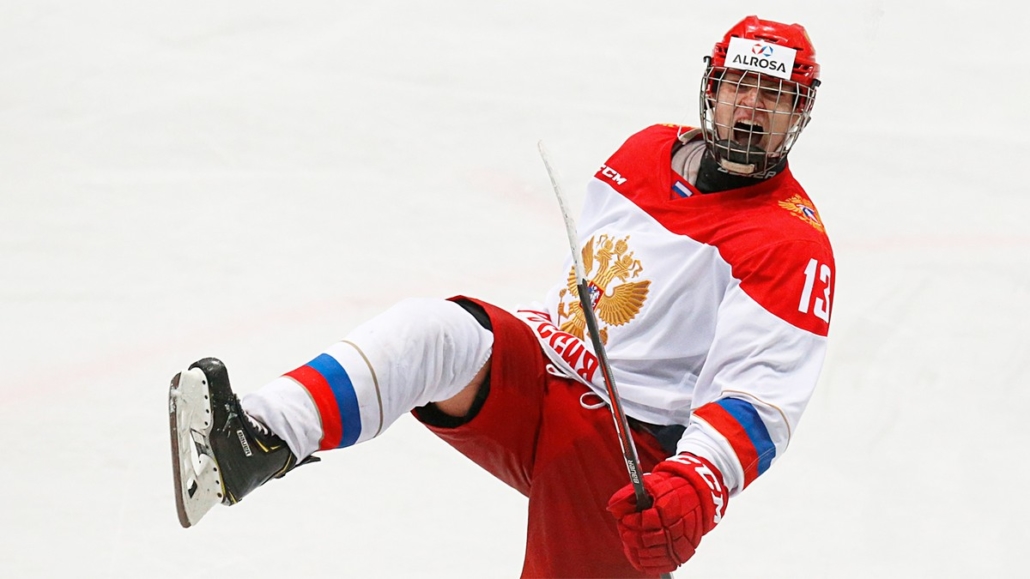 A two-way center who can fill many roles, Ponomaryov was one of the top rookies in the QMJHL and a key contributor to a rebuilding Shawinigan squad. Pound for pound, it’s hard to argue against Ponomaryov’s draft season being not only impressive, but one worthy of a first-round candidate. After entering the 2019-20 campaign with a lot of hype following his strong MHL season and a dominant World Under-17 Hockey Challenge, Ponomaryov was one of the best players for Russia at the Ivan Hlinka tournament in August, where he scored the eventual game winner in the gold medal win over Canada. He was excellent for the Cataractes in November (17 points in 12 games) before shining on the international stage again in December as Russia’s top-line center in winning the U20 World Junior “A” Challenge. Upon returning to Shawinigan, Ponomaryov’s role increased following an injury to star center Mavrik Bourque, yet his scoring rate and shot generation remained consistent — in the 14 games with Bourque out of the lineup, Ponomaryov’s 0.86 points-per-game average (12 points in 14 games) was identical to what he produced when Bourque dressed (37 points in 43 games). Additionally, Ponomaryov’s faceoff success rate improved to from 49.1 to 54.7 (153-for-281) with Bourque not in the lineup despite seeing nearly 10 more draws a game.

Ponomaryov is a strong stickhandler with multiple fakes and spin moves that he times with precision, both in open ice and tight spaces. He’s a possession driver with very good straight-line speed and excellent balance, edgework, and agility, but Ponomaryov is also very slippery as he maneuvers towards the goal following board battles. He has a strong lower body and knows how to shield the puck, but defenders and goalies need to be cognizant of Ponomaryov’s ability to make a rapid gear shift or sharp cut to the inside while remaining in control of the puck. Ponomaryov should be considered a breakaway threat regardless of manpower on the ice.

There is a significant degree of flash and pizzazz to Ponomaryov’s game. Not only is he capable of creating highlight-reel plays with his vision and passion, but he also knows how to incorporate all four teammates into the attack and can thread the needle while looking off or moving up ice in an odd-man rush. Ponomaryov is a very good passer either forehand or backhand, and he puts the right touch on his deliveries, especially timing plays off the cycle or beating back pressure. A shifty skater who can create time and space, Ponomaryov is very good at using his footwork and fakes to improve his shooting angle. Once he’s in that danger area in the middle of the ice, Ponomaryov can blister shots with a quick release from above the hash marks and label them inside either post or towards the upper half. He also is comfortable attempting high-danger chances on his backhand and is willing to attempt multiple fakes when static near the goal mouth.

Ponomaryov is a versatile forward who can be trusted with checking assignments, and as proven in the Hlinka and WJAC,  can also succeed when given tough matchups against heralded players. He can play center or wing and be used on the penalty kill or for late/close faceoffs. There’s also a fearlessness in his game, as Ponomaryov is not only willing to battle and stand up to bigger opponents, but also bounce right back up when he’s hammered into the boards. He is consistent with his efforts on the backcheck and will cover a vacated low slot with regularity. Ponomaryov’s adherence to forechecking, puck battles and positioning off the puck can tire him out however, and there are periods where he is mostly dangerous during the power play.

#Hlinka: Fantastic balance/edgework shown by C Vasily Ponomaryov (Ranked No. 15). Alexander Pashnin getting all the love for his goal scoring, but Ponomaryov has been doing a lot of the heavy lifting. Strong compete level in all three zones.