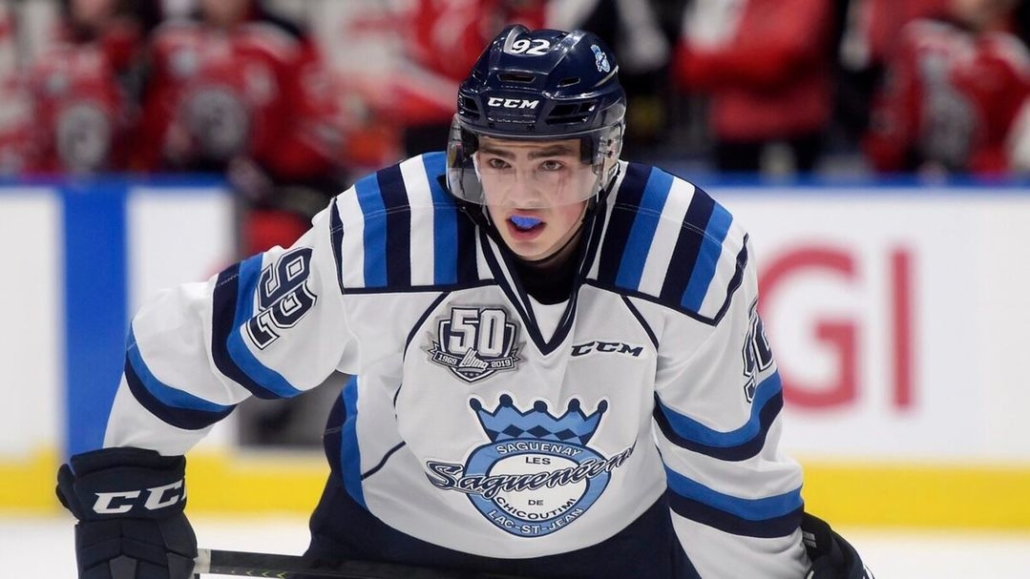 A draft season that began with a near-historic performance at the under-18 Ivan Hlinka (11 points in 5 games) came to a screeching halt a few months later, as Lapierre reportedly suffered two concussions in a 30-day period. He had already experienced his first head shot in February of 2019 against Rimouski when defenseman Jordan Lepage caught him up high.

Lapierre would return a month later for a solid first-round showing in an opening-round loss to the Oceanic, and his dominance at the Hlinka that summer made his injury-riddled 2019 season less of a concern. Shortly thereafter, however, Lapierre’s draft-year fortunes took a turn for the worse after two additional head shots; the first from a high hit from mammoth Oceanic defenseman Zachary Massicotte; the second off a seemingly inadvertent shoulder from Moncton’s Jakob Pelletier after he was exiting the penalty box. Although recent reports classified them as neck injuries (his coach initially confirmed both were concussions), there has to be legitimate concern for his playing career moving forward.

As far as his skill set, Lapierre is a phenomenal prospect. He is an expert stickhandler who can make any defenseman look foolish. Not only does he have quick hands and the hand-eye coordination necessary to control the puck through traffic, but he also makes high-end plays despite bouncing pucks or multiple harassing stick blades. It became obvious quite early into the Hlinka tournament that Lapierre was playing chess while most of the other elite under-18-year-olds were playing checkers (no pun intended). He is a very good skater in all directions and can pull away after only a few strides. Lapierre is extremely agile and well-balanced and can motor around the entire sheet without losing momentum, even at the end of a long shift.

Lapierre is a superior playmaker with off-the-charts IQ and vision. He is the quintessential “makes everyone around him better”, except the term “better” should be replaced with “dangerous” — especially on the power play. Lapierre passes the puck around with precision in all three zones and his efforts in his own end assist defensemen during the breakout. There’s not a selfish bone in Lapierre’s body, and although some might say he’s guilty overpassing, it’s hard to fault Lapierre when the shots he passes up are actually less dangerous than the prime scoring chances his vision and playmaking create.

Lapierre owns a plus shot that he should use more often, but chances are that an unselfish center like himself will always look to pass, unless he’s somewhere in between the circles. He’ll use an effective one-timer from the right circle but his best shooting asset is the highly-accurate wrister.

One of the more underrated aspects of Lapierre’s game is his strong desire to compete and succeed off the puck, especially in the neutral and defensive zones. He’s got a strong lower body for trench warfare, and you consistently see him shoulder-checking the weak side when he’s facing the half wall with his aforementioned quick stick swinging in concert with puck travel. Lapierre is well built and is willing to get dirty in the corners, although he is far more gentlemanly than he is physically intimidating. He didn’t kill penalties often for Chicoutimi but his performance with Team Canada at the Hlinka, plus a strict adherence to smarts decisions in his own end, revealed potential for Lapierre to develop into one of the NHL’s most complete two-way forwards.