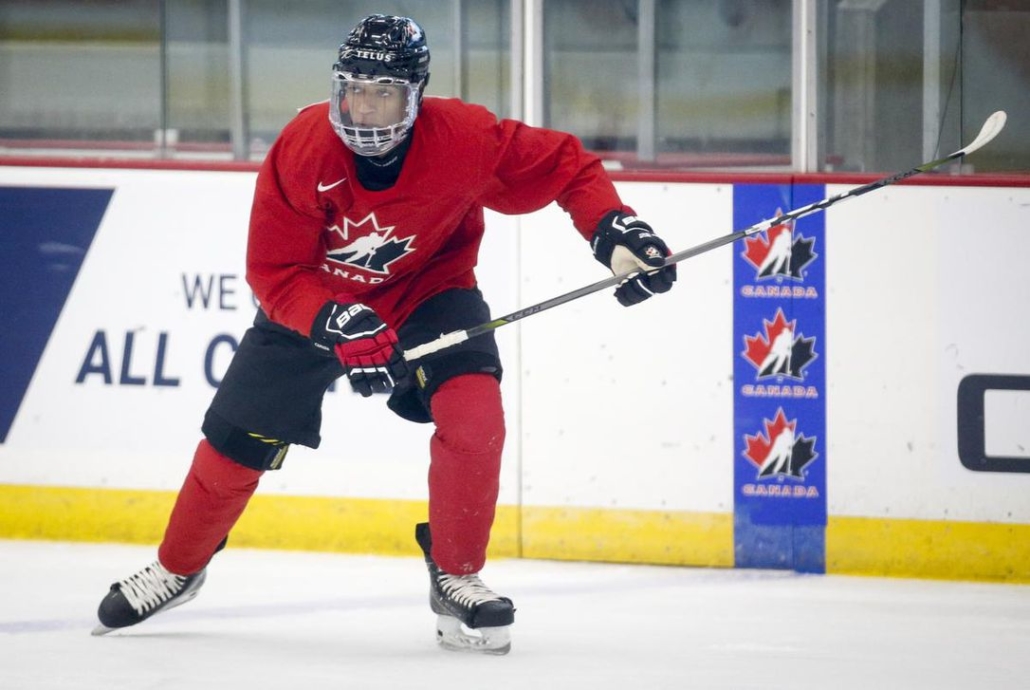 Last year’s CHL’s Rookie of the Year and first overall pick in the 2018 OHL Priority Selection, Byfield in his draft year lived up to the hype and then some, tying for fifth in the OHL in points per game (1.82) and leading Sudbury to what would have been a second consecutive playoff season. In August, he was a key figure for Team Canada at the Ivan Hlinka, where he tied for fifth in scoring with five points in five games despite being the youngest skater on his roster. Byfield would later be chosen to represent Canada at the under-20 world junior championship, and although he didn’t play enough to make an impression on what became a gold medal-winning roster, the experience should set him up for a top-line role for next year, if his NHL club decides to let him participate.

Byfield combines obvious physical strengths with elite hockey sense, anticipation and scoring ability. He is as much a danger in tight spaces as he is in open ice, and he possesses a long, powerful stride that allows him to accelerate to top speed and create distinct separation from chasing opponents. Byfield is incredibly agile for his size, and he can evade pressure or create space without solely relying on his thick frame and long reach. Much like current NHL star Auston Matthews, Byfield can dictate the flow of a possession from the boards or behind the net, and linemates at every level seem to understand that it’s his job to facilitate playmaking off the cycle. Byfield, however, is exceptionally crafty with the puck, and goalies have to respect his powerful shot that he wires with pinpoint accuracy from anywhere inside the offensive zone. On the power play, Byfield threads the needle with crisp cross-ice or cross-seam passes, but he has very soft hands that allow him to saucer feeds over congestion on either his forehand or backhand. His booming shot makes him a potential option at the point, but his elite hand-eye coordination makes his accurate one-timer from the circles a deadlier option.

Byfield is an obvious physical presence but one who is able to dictate the terms over opponents without playing dirty or undisciplined. He is an effective backchecker and occasionally pressures on the forecheck, but it’s his ability to read plays and get that necessary extra step that helps him create turnovers before quickly transitioning the other way. Byfield is very good on faceoffs (over 52 percent success rate) and is a solid penalty killer who pressures the points. His impressive wingspan and upper-body strength are critical aspects off the puck in that he can shove opponents off balance without overcommitting or finding himself trapped. Keep in mind that he’ll likely continue to grow, which will spell trouble for an NHL that is trending towards smaller players.