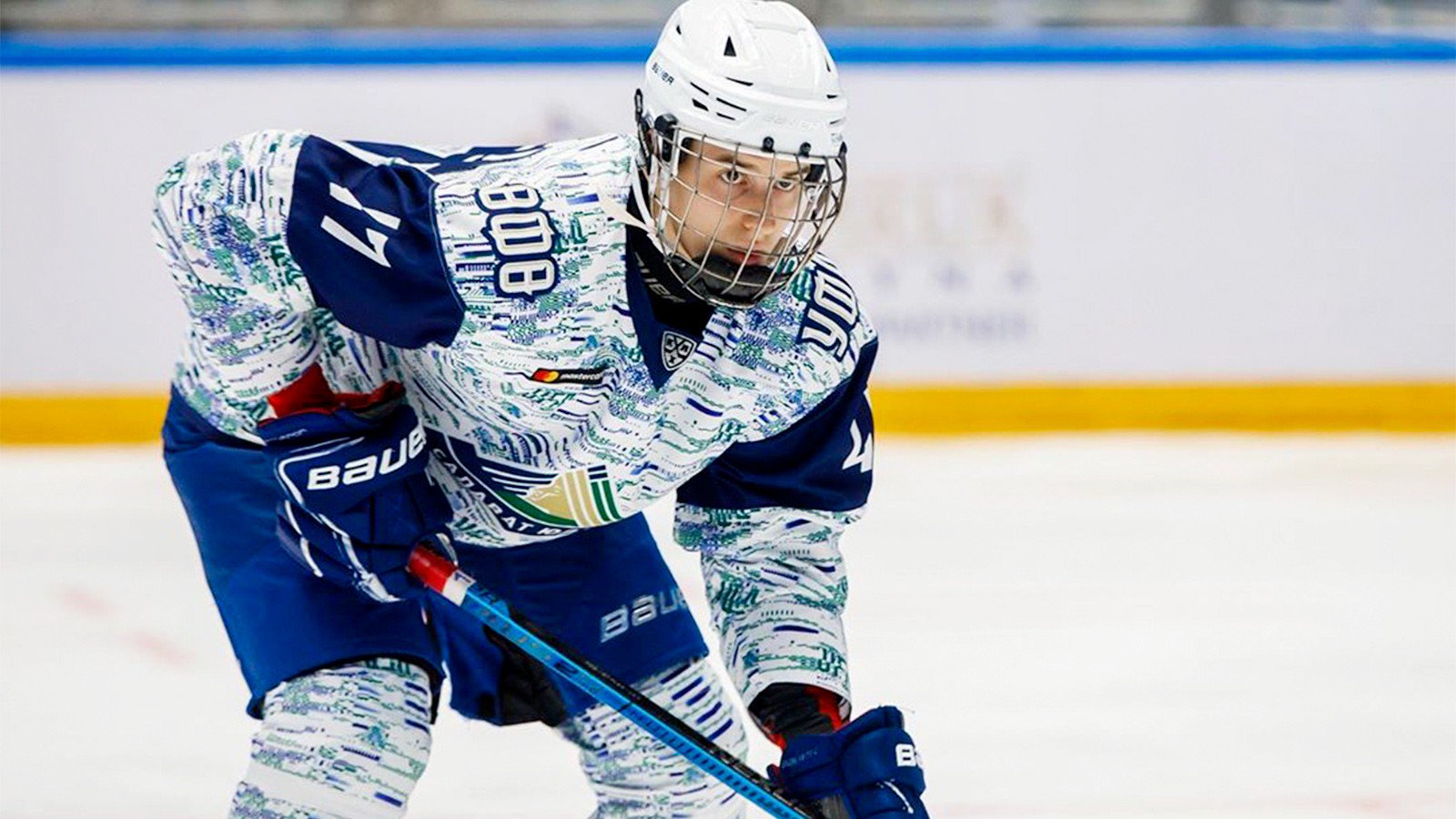 The Toronto Maple Leafs are headline grabbers win or lose, so it shouldn’t have surprised anyone that their disappointing play-in round loss to a tougher Columbus squad created raucous debate as to how Leafs’ junior GM Kyle Dubas would approach the 2020 draft — stick with finesse and skill or buckle to public calls for physicality and grit.

Yes, the Maple Leafs entered this offseason with the reputation for being a soft team who needs more “jam” and “size”. But unlike the NFL, the NHL draft rarely produces game-ready talent beyond the first or second overall pick. Therefore, it was going to be interesting to see if Dubas would either “reactionary draft” for bigger prospects or stick with his “finesse and skill” edict. In the end, Dubas opted for the latter, although he did address shortcomings in toughness via trades or signings of veteran NHL’ers. So without poo-pooing draft strategy and looking strictly at the on-ice skills of those selected by Toronto, it’s folly to overlook how skilled a draft class this was for Dubas and his staff.

They grabbed slick possession winger Rodion Amirov with the 15th overall pick Dubas acquired from Pittsburgh in the shocking pre-draft trade of Kasperi Kapanen, then added late first-round quality in a pair of Finns — playmaking center Roni Hirvonen at No. 59 and puck rusher Topi Niemela at 64. So, right off the bat — three skaters, all skilled, yet six feet or smaller. Still, the Leafs had a long way to go thereafter, as nine additional picks remained (although six were between Rounds 6 & 7). They took a gamble on Russian junior goalie Artur Akhtyamov in the fourth round, but most of the remaining selections were used on point-producing types. William Villeneuve was a top-scoring defenseman in the QMJHL who would have gone higher than 122nd overall had there not been legitimate concerns with his skating, yet their next two picks — winger Veeti Miettinen and center Dmitry Ovchinnikov — can motor up ice and produce points in bunches.

The only defensemen taken outside of Villeneuve can both skate and go end to end were double overager Axel Rindell, who spent time as a forward over parts of the last two seasons in Finland, and prepster John Fusco from the Boston area. Minnesota high schooler Joe Miller is a smallish pass-first center with excellent vision, and USHL pivot Wyatt Schingoethe is one of the best penalty killers I watched in any league last season. The last of Toronto’s 12 picks was energy forward Ryan Tverberg, who like Fusco is committed to Harvard.

As you can see, that’s a pretty big haul for a team that still considers itself a Stanley Cup contender. And who knows, maybe in five years these prospects will be taller than the league average, thus making the Leafs bigger and stronger than their opponents. For now, these kids — as well as Dubas and his scouting staff — look quite alright.

Although this pick didn’t answer calls for the Leafs to become “tougher” or “grittier”, Amirov is a puck-possession animal who uses an east-west style and impressive shiftiness to dominate the puck anywhere inside the offensive zone. He has an incredibly high panic threshold when cornered or doubled teamed, but Amirov unlike most young forwards seems to enjoy the pressure and actually lure opponents closer to him before exploiting their overzealousness with a rapid reversal or inside dash to the goal. He’s put up points in several tough environments, to include his first few games in the KHL this season.

Hirvonen had the misfortune of being lumped into that category of Finnish eligibles “Not Named Anton Lundell”, which seemed to hamper assessing his real potential. He checked off a lot of boxes that usually help sneak these kids into first-round discussions, but in the end, it probably was his size (5-foot-9) and the unfortunate lack of under-18 world championship exposure that kept him lower on most boards. In any event, Hirvonen is as crafty and slick as they come, and his reliability on the puck plus his sound two-way play made it easy for Assat to keep him with the A-team all of last season.  There also is a toughness to his game that is difficult to overlook — Hirvonen takes the puck inside right to the goal without fear, and does so consistently.

It’s doubtful if Niemela is even close to AHL ready despite already playing a full season in Finland’s elite SM-Liiga. But one area of his game that is maturing nicely is Niemela’s ability to shoot the puck, and shoot it often. Niemela’s skating and puck distribution are also executed at a high level, but he still runs into issues when trying to outmuscle forwards of any size, which can also draw him far away from his slot duties. He’ll need a stay-at-home partner without a doubt, but Niemela’s puck-rushing style is similar to Toronto’s growing list of quality offense-first blueliners.

I don’t know if it matters, but Akhtyamov is only the seventh goalie drafted by the Leafs in the last 14 years. Why is that relevant? Because not one of the previous six has come close to becoming an NHL regular. Nonetheless, I was forced into studying Akhtyamov because his MHL stats by midseason were out of this world. The results from a technical standpoint were mixed, and it seemed there was a lot of late-reaction saves that the shooters just missed on. I wrote a lengthy report on my blog here, but I think the Leafs could have done much better with a more polished and technically-advanced teenage goalie.

It was by this pick where I realized how analytics-driven Toronto’s draft was looking. Villeneuve was a high QMJHL pick and produced a lot of points on a pretty loaded Saint John blue line, but his skating is a major concern. Is he good defensively? For a league like the QMJHL, it certainly looked adequate, especially with a run-and-gun partner like Jeremy Poirier always up ice. But Villeneuve is not your classic stopper and he relied on his stick too much in one-on-one scenarios. The Ice Dogs had a lot of high-volume shooters to include Villeneuve himself; thus allowing him to bulk up on possession stats. He’s a solid late-round pick if one is looking for AHL help, but I don’t think Villeneuve is close to having the footspeed required to be an effective NHL defender (at least not yet).

One of the more perplexing developments from this 2020 crop was Central Scouting’s downgrade of this highly-productive center from a respectable midseason ranking to pure zilch on their final list. It certainly couldn’t have been from a perceived lack of offensive upside –Ovchinnikov has been one of the MHL’s most prolific scorers since the beginning of last season and has already earned a KHL promotion because of it. You can also assume it wasn’t because of a lack of size or speed — Ovchinnikov at 5-foot-11 was bigger than at least a dozen center prospects taken before him and also faster than half of them. In any event, Ovchinnikov was bound to get drafted regardless, and it was Toronto which has now made him an official NHL prospect. His name always seemed to pop up when pre-draft discussion centered on sleepers and hidden gems, but Ovchinnikov is now under the microscope in an even bigger way.

The third Finn drafted last month by the Leafs who at one point or another garnered first-round consideration, Miettinen is a quick 5-foot-9 winger who amassed over 150 points in three seasons in Finnish junior, which goes to show you the type of player he is. Miettinen also is a veteran of the international stage with close to 40 games against fellow teenage phenoms. He’s quick, explosive, and can take the puck inside without fear, and any concerns about his toughness or durability could be answered this season when he suits up for St. Cloud State this winter.

The Maple Leafs have been ransacking Finland’s defense pool for several years now, as Rindell makes it five in the last four drafts, although Rindell as the lone overager. His puck rushing and explosiveness are prominent game in and out, and Rindell’s already played at least one full season against adult competition. Not only was this a good pick from a skill standpoint, but Rindell should be considered a potential AHL replacement for Tim Liljegren once the latter graduates to the big club within the next year or two.

A pure playmaker on the smaller side who spearheaded Blake’s attack into the Minnesota state tournament, Miller’s impressive statistical profile also includes an addendum that highlights his toughness and tenacity. Although he’s more quiet in his approach while on the puck, Miller will attack bigger opponents with speed and confidence but also stand up for himself if one tries to intimidate him. But creating scoring chances is the name of Miller’s game — he’ll put the puck on your tape whether you’re covered or not. He’s committed to the University of Minnesota.

An overage offensive defenseman who ran Dexter’s blue line as a high school senior, Fusco is a smooth skater who constantly stays in motion and has an eye for picking off passes and charging the other way. Risk-taking is something Fusco does with regularity — especially when passing the puck —  but he seems to know and understand his positional requirements beyond breakouts by holding his line and keeping a tight gap. Like most “offensemen”, Fusco is agile and elusive in all directions and he can play keepaway with the best U.S. prepsters out there. He’ll be playing for the Harvard Crimson this season, so it will be interesting to see how his transition goes without any USHL seasoning.

I thought the Leafs would try to address the need for a physical presence much earlier in the draft, but they couldn’t have picked a better 200-foot center prospect from those still remaining in the either of the last two rounds. Strong on the puck and a relentless forechecker off it, Schingoethe was a sort of fireman for Watrerloo in that he was summoned for most of the tough assignments that usually keep the finesse types stapled to the bench. He killed penalties, took critical faceoffs, and also chipped in on offense as one of the team’s top scorers. Schingoethe will attend the University of Denver.

There was a ton of hype surrounding this kid from a lesser-known league like the OJHL but for good reason — Tverberg played at the World Jr. A Challenge in December and at the CJHL Top Prospects Game a month later. He is a quick skater who creates a lot of room for himself once he gets outside of his zone, but Tverberg also makes highly creative plays off the rush via the pass or shot. Putting up points in an easier circuit is one thing, but Tverberg also was an effective 200-foot player on a team known for its defensive play. He’ll be off to Cambridge to play at Harvard alongside Fusco and 2019 Leafs’ draftee Nick Abruzzese. And in the Don Cherry Cares Department, Tverberg was the lone Ontario native of all of Toronto’s nine picks.