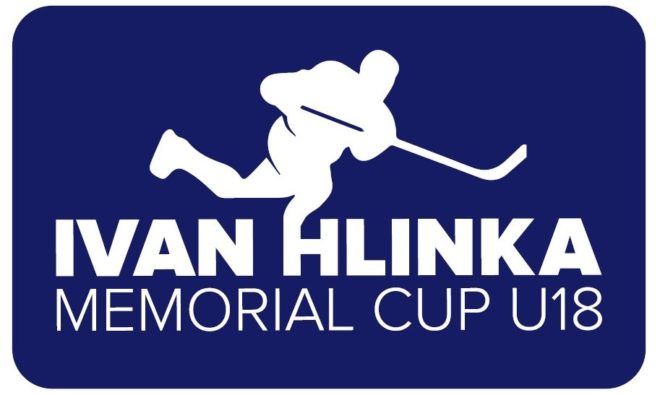 RHD Adam Boqvist: It’s totally understandable why Rasmus Dahlin is the most talked about Swedish draft prosect since Victor Hedman, but Boqvist is very close to Dahlin in both upside and overall skill. His size and smarts jump at you the second he hits the ice, but he can make plays from anywhere on the ice — stretch passes from his goal line, cross-ice slap passes to set up one-timers, and an occasional spin-o-rama or two. He’s a fantastic skater who attacks openings with speed, and it didn’t take long for Team USA to treat him like a fourth forward. Not that it mattered, as Boqvist’s ability to stickhandle around traffic and kick it up a gear as he crosses center forced opponents into backs off their blue line, allowing him time and space to create off zone entries. His play away from the puck was sharp, and rarely did I catch him float far from his slot duties. He’ll make his SHL debut for Brynas this season, and I wouldn’t be surprised if he’s talked about as a possible Top-5 pick in June.

#Hlinka: RHD Adam Boqvist (2018 Draft) steps into one and wires it home during the power play. Sweden leads USA 3-1 after 40. pic.twitter.com/ydyUq8Hezp

RW Dmitry Zavgorodny: This slick Russian sniper was a thorn in Canada’s side all game long. He’s very fast and plays with a lot of spunk, but he does so in a controlled manner — Zavgorodny clearly knows what he’s going to do wit the puck the second it’s on his stick. The problem for opponents is that they seem to have a tough time figuring it out. He uses a variety of moves to fake out a defender, and will dangle himself through them and into open ice. Skilled in the mold of recent Chicago Blackhawks draftee Artur Kayumov, Zavgorodny is very sneaky and has an excelletn shot/release combination, plus his hands are incredibly soft and can deaden a puck out of mid-air and corral it cleanly as he bombed up the ice. He scored go-ahead goal in third that gave Russia a 3-2 lead, but he also did work on late penalty kills, including a lengthy 5-on-3.

G Amir Miftakhov: The top goalie at last year’s U17 Hockey Challenge came up huge for the Russian’s in a critical opening game of a short tournament. Miftakhov for a goalie isn’t classically tall — he’s listed at or close to 6’0. But the quickness of his pads, when combined with the positioning of both his blocker and glove hands, fools shooters into thinking they have a chance at beating him in conventional net targets. There a lot of Michael DiPietro to his game, meaning there’s a controlled violence about the way he not only stops pucks, but resets or recovers from initial chances around the net. He faced a barrage of shot attempts but looked as if he tracked all of them accordingly.

#Hlinka: Addison has a chance to win it in OT with a PS but he’s stoned by Amir Miftakhov. Headed to a shootout pic.twitter.com/9HeRlE2geM

RHD Calen Addison: Addison, the second overall pick by Lethbridge in the 2015 WHL Bantam Draft,  was the best defender from any nation on the tournament’s opening day. He displayed a tremendous understanding of play development, and he jumped into plays with impecable timing. Addison is a smooth defender who did his job in all three zones — something Canada’s vaunted defense corps as a collective was inconsistent with all game long.  His ability to make plays and distribute the puck with both timeliness and accuracy paid off as he finished with a game-high three assists. Straight-line speed, first-step quickness and pivoting are all strengths of his, and he sealed off several would-be attackers with authority — something you rarely see from a 5’9 defender. He had a chance to win the game for Canada in the overtime, but his penalty shot attempt was snared by Russian goalie Amir Miftakhov.

C Joe Veleno: This is Veleno’s second go-around at the Hlinka, and although he was solid as a 16-year-old for Canada last year, he looked more mature, poised and quick in the loss to Russia. His line was the best in terms of puck possession, using the body to win puck battles, and creating chances off the cycle. There’s a lot of Matt Duchene to his game, and it doesn’t take long to notice Veleno’s keen hockey sense. He scored a beauty of a shootout goal on his first attempt, and he nearly prolonged the stanza with another slick move that Miftakhov barely corraled with his right pad. He was both explosive and decisive, and it would behoove Saint John to ride him as their lead horse during the upcoming QMJHL season.

RW Akil Thomas: Thomas came into the tournament with the reputation as being a goal-scoring power forward, and he delivered a critical power play goal in the third — an absolute rocket of a wrister that he fired off his back foot from the high slot. While his shooting skills puts him in an elite category among 2018 draft eligibles, his stickhandling and poise were front and center against Russia. Thomas, who plays for the OHL’s Niagara Ice Dogs, was a beast in the offensive zone, using his wide frame, strong leg drive and long reach to not only control the puck for an extended period of time, but make plays and spot open men on the weak side.

#Hlinka: Niagara RW Akil Thomas (2018 Draft) cashes in late on the PP after Russia survived a lengthy 5-on-3. Canada 3-3 with Russia in 3rd pic.twitter.com/WP07WLmvvN

C Barrett Hayton: Hayton is a skilled playmaker from the Sault Ste Marie Greyhounds who displayed a pass-first mentality and creativity. He was all over the ice, and I mean that in a good way. Hayton executed most of his zone entries to perfection, using cut-backs and curls to buy him that extra second or two and enough room to connect on the money with trailers or point men with the hammer cocked. He was guilty of over-passing on at least two odd-man rushes, but he made up for it by rifling home a centering feed from Addison in the third period. Hayton played on both the power play and on the penalty kill, and won several draws cleanly.

C Jakub Lauko: There was concern that Lauko — the Czech Republic’s top scorer from last year’s U17’s — would miss the opener against the Swiss because of a nagging injury. Nevertheless, the slick pivot not only dressed for the match, but was clearly the best player on the ice. He scored a pair of goals — both utilizing his pro-level shot and release. The Swiss tried several tactics to slow him down, but there was a point where he was able to attack and create at will. The kid is a beast on the puck and next to impossible to knock off balance. Lauko isn’t a speed demon with an explosive first step, but he’s able to get a decent amount of separation once he hits his third or fourth stride. His vision and ability to connect with players cross-ice were better in previous events, but he was nonetheless a dominant force and the key cog for the Czechs in a convincing victory.

#Hlinka: So many things to like about this goal by phenom Jakub Lauko — his 2nd of the game. Where do I start? Czechs crushing Swiss 6-1 pic.twitter.com/fb83UAgJkh

C Rasmus Kupari: There’s always one player who performs a dynamic opening act at the Hlinka to ensconce themselves in the scouting community’s good graces right up to Draft Day. Kupari, an exciting player with a phenomenal array of puck skills, served as Finland’s top line center and finished with two goals and three assists — all highlight-reel worthy. Kupari is fast, smart and possesses an incredibly soft set of hands. The kid was next to unstoppable every shift, and his high-powered shot kept the Slovaks honest when he took the puck below the circles.

C Jesperi Kotkaniemi: Finland’s most notable 2018 draft prospect heading into the Hlinka got of to a slow start and wasn’t creating much offensively. It seemed as if the Slovaks keyed on him and limited the amount on room he had to work with once he took the puck across the red line. He won several defensive zone draws clean, succeeded in a handful of puck battles and didn’t try to force things in the middle, and it wasn’t until late in the third when he was able to cash in on the power play off a nice feed from Kupari. He’s a powerful skater with good speed, and he used his strength to outmuscle opponents off the puck. Kotkaniemi has a lot of flash to his game, but he kept is somewhat simple in his tournament opener. I think we’ve yet to see his best.

#Hlinka: Kupari putting on a show. Speeds down the wing and lays it flat for Jesperi Kotkaniemi to slam home. 4-1 Finns pic.twitter.com/9shTtAg1Pb