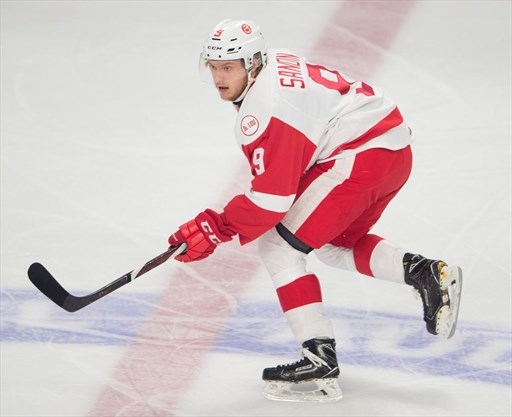 Sandin is a nimble puck-moving defenseman with outstanding agility and closing speed. He is a reliable option for breakouts since he can beat back a forecheck with either his wheels or crisp, timely passes. It wasn’t easy playing as a rookie import on a loaded team, but Sandin’s transition from Rogle in the Swedish Hockey League to the Ontario Hockey League was beyond seamless. In fact, the young rearguard did not take long to distinguish himself among the Soo’s talent-heavy blue line, and by season’s end was playing big minutes and quarterbacking the top power-play unit.

Sandin is very strong on his skates and can ward off bigger forwards that try to shove him off the puck. Once he’s past them, he attacks openings with confidence but can also create time and space with sharp pivots or stutter-steps. Sandin’s vision and creativity are underrated aspects of his offensive game, and his has a hard enough shot that makes it difficult for goalies to control their rebounds. You can make a strong case that he is one of the draft’s best one-on-one defenders, and his quick feet help stay stride for stride with onrushing attackers. Sandin also is reliable in slot coverage and rarely is guilty of puck-gazing his partner into a precarious situation. He has soft hands, keen vision and a developing creative gene that when combined puts him in an elite class of teenage two-way defenders, and he could very well become one of the best players to come out of this draft.

2018 NHL Draft Report is on sale!
Scroll to top