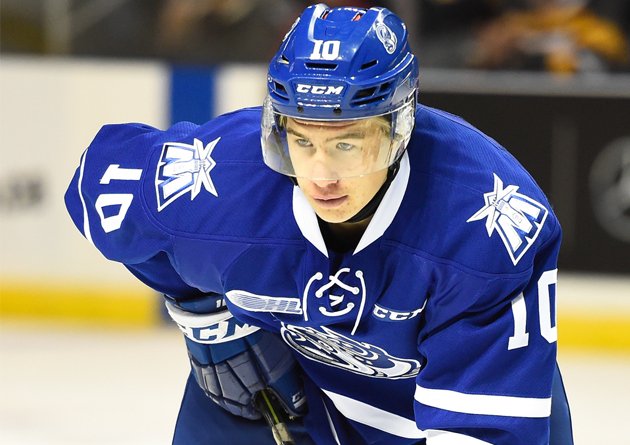 The younger brother and teammate of Devils’ prospect center Michael McLeod plays a similar up-tempo game based on speed and power. Ryan consistently provides offense, but he’s also a responsible player who knows how to use his size and strength to win most of his puck battles. Because of his size, skill and speed, McLeod probably is one of the biggest “upside” picks in a draft thin at center. He’s often overlooked because he didn’t play at any international events or prospect showcases outside of the one-game Top Prospects Game exhibition. He’s a very good playmaker reliable finishing around the net, and he’s a strong, powerful skater with a blistering shot who can play either center or wing. McLeod distinguished himself as a lethal option who could shoulder big minutes after Michael and sniping winger Owen Tippett left for NHL training camp. He may not possess his sibling’s blinding speed, but he is agile and difficult to knock off balance. McLeod’s time as a depth player revealed a prospect with pro-quality puck skills who can be deployed to address any in-game concerns his coach may have.