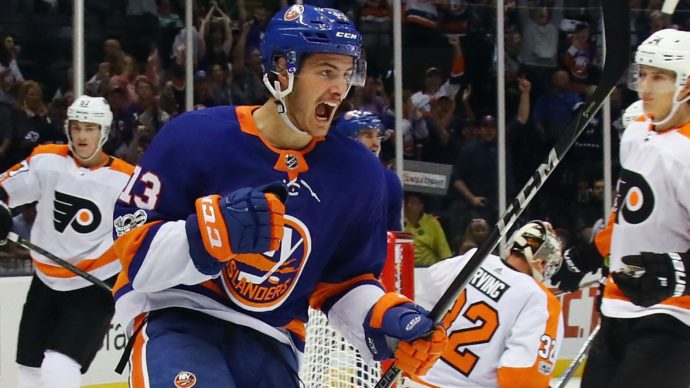 NASHVILLE (The Draft Analyst) — The expanding NHL is growing in more ways than one, as several fresh-faced lads only a season or two removed from amateur hockey have taken the league by storm. Edmonton’s Connor McDavid became the league’s first back-to-back scoring champion in over 15 years, and New York Islanders’ center Mathew Barzal had the most points in a season by a rookie in over a decade. Columbus defenseman Seth Jones at 23 was the youngest player to finish in the top five in Norris Trophy voting since 2012-13, when PK Subban won the award at the same age. And 23-year-old goalie Andrei Vasilievskiy of the Tampa Bay Lightning was the youngest Vezina finalist in 10 years. It’s no coincidence that the multple players nominated for the NHL’s panoply of awards were drafted as teenagers within the last few years, as the game continues to trend towards speed and skill, two things most of these kids have both in spades.

Thus, it felt more difficult than in years past to identify the NHL’s best young players. McDavid is an easy choice for the top spot simply because he’s clearly the game’s top player overall. But how does one determine where the others rank? For this exercise, I dove into both traditional and advanced stats to try and put some context into what the naked eye revealed to me during the last 10 or so months. For a player to be considered, he needs to be under the age of 25 on Opening Night of the 2018-19 season.

To make this list, I came up with four categories (three for goalies) that on the surface appear to be both fair and identifiable:

1. Award voting and postseason play
2. Points-per-game (P/G) in all situations since 2012-13* — A basic stat with a basic premise. Also, none of the players who will be under 25 years old on Opening Night of the 2018-19 season made their respective NHL debuts prior to the 2012-13 season.
3. Points-per-60 minutes at even strength (P/60)* — Player X scoring 30 points in 72 games while averaging under 12 minutes a game is more impressive than Player Y netting 30 points in 72 games with top-six minutes. A lot of underappreciated players make their money without the benefit of the lion’s share of shifts.
4. Expected Goals For relative to teammates (xGF%Rel)*  — Basically, a really fancy way to try (key word) to predict (another key word) a single player’s impact on his team’s scoring and/or defensive ability when he’s on the ice in comparison with the rest of his teammates. Positive is very good; negative is not, however, how and when a coach deploys each player can have an impact on the final number.

2. Save Percentage in all situations (2018) — Factors shots on goal from anywhere on the ice.

3. High-danger Save Percentage at 5-on-5 (2018) — Stopping the tougher shots from the low slot area rather than factoring attempts from all over the ice.

4. Goals Saved Above Average at 5-on-5 (GSAA) — The number of goals stopped or allowed by a goalie when compared to the avergae goalie facing the same number and quality of shots faced. Positive is good (you’re saving more goals than the average goalie) and negative is bad (you’re allowing more goals than the average goalie). A detailed breakdown by In Goal Magazine can be found here.

(*All stats courtesy of Corisca Hockey) 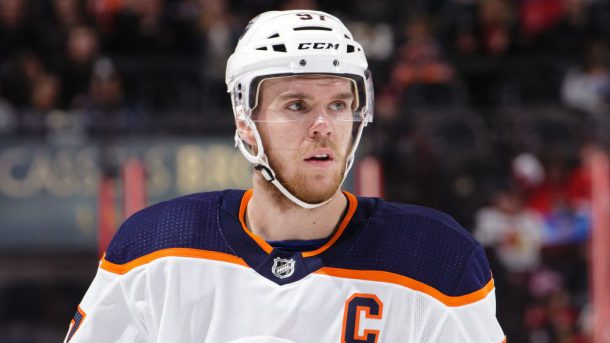 The best player in the NHL was the first player in nearly 20 years to win back-to-back scoring titles, and did so before turning 22. McDavid led the NHL in every major statistical category outside of goals, and he did so without the benefit of a stat-padding power play.

The runner-up in this year’s Hart Trophy voting reestablished himself among the game’s elite players. MacKinnon was second only to McDavid in both points-per-game average (1.31) and points-per-60 minutes (3.00)

His minutes were a little sheltered (58.3%) for a guy who finished fourth in Norris voting, but it’s hard to find a more complete defender of any age than this native Texan. 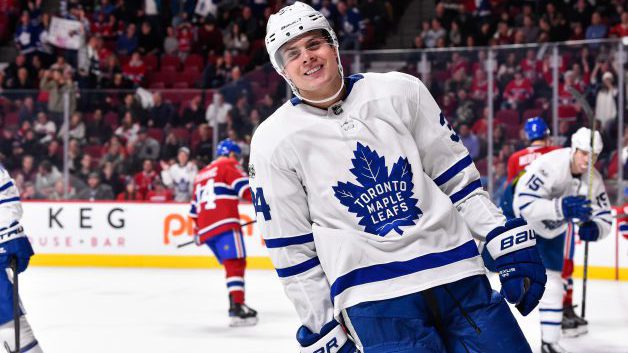 The arrival of John Tavares to Toronto shouldn’t slow down this point-producing machine, who should continue to be the Leafs’ go-to guy at even strength. 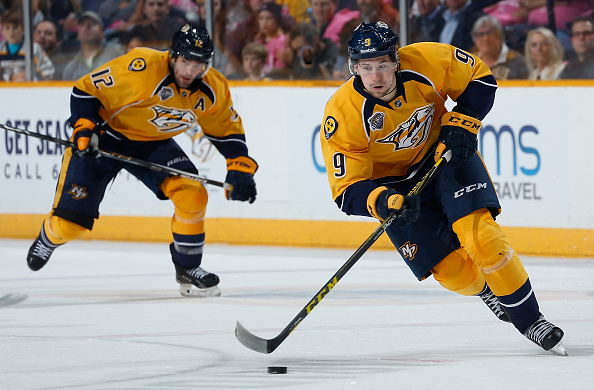 Being a consistent playoff performer on a Cup contender would have been enough to get Forsberg into the top ten. But he’s so dominant in all situations that he deserves his place high among the game’s elite forwards

A key cog for one of hockey’s dominant lines, Pastrnak established career highs in goals (35), assists (45) and points (80). He also joined rare company by producing consecutive seasons of 70+ points before the age of 23.

He may have had an off year by most goalies’ standards, but if any player had an excuse, it’s Murray, who during the season dealt with several injuries and the passing of his father. Still, the young goalie backstopped the Penguins to back-to-back Stanley Cup wins — a big deal no matter how old you are.

Barkov last season established himself as one of the game’s elite defensive forwards, leading the league with five shorthanded goals and finishing fourth in Selke voting. His ability to smother puck carriers then instantly counterattck with speed is unmatched among all NHL centers. 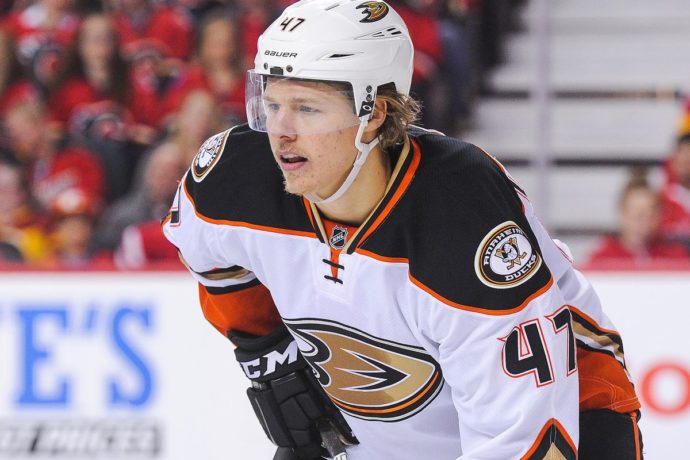 Lindholm is an examle of both the eye test and an analytical study reavling the exact same answer — no defenseman under the age of 25 can dictate the tempo of a game better than he can. He stepped up his game in the second half and was as physical as he was mobile.

When healthy, Eichel is one of the game’s top young talents, and that was before he’s had anything that resembled a legitimate supporting cast. The arrivals of Rasmus Dahlin and Casey Mittelstadt should draw attention away from him on the power play, which should spell doom for opponents.

There are several of Ekblad’s peers whose raw and advanced numbers paint him as inferior to them. His presence on the ice, however, exudes one of confidece and leadership, and last season he looked every bit like the franchise-carrying defender he was expected to become when Florida took him first overall in 2014. His 27 points at even strenghth look more impressive when you factor in his 42.2% offensive-zone starts.

A repeat of this past season and we could be talking about Barzal being one of the top players in the league, let alone among NHL youngsters. His 85 points was the most by an NHL rookie since Evgeny Malkin recorded the same number in 2006-07. The Islanders now are in his hands, and it’ll be interesting to see how he handles to tougher matchups and increased responsibility.

An inconsistent first half became a distant memory after this puck wizard caught fire as the Leafs made their push for the division title. Marner wore out opposing penalty killers, as he finished third among NHL forwards by averaging 8.4 points-per-60 power-play minutes.

The flak that this super sniper took for his one-dimensional play was puzzling to say the least — Laine wasn’t drafted to be a penalty killer. Goal scorers tend to bury the puck in waves, and Laine has cracked the top 10 in each of his first two seasons. His 44 goals were second in the league only to Alex Ovechkin.

Rantanen had a breakout season in which he recorded a career-high 84 points to finish tied for 16th in overall scoring. Rantanen also was money with the man-advantage, scoring 12 goals and assisting on another 23.

For starters, only 37 of Draisaitl’s 70 points (53%) involved Connor McDavid, which is around the same as it was two seasons ago. People are just going to have to face the fact that he’s a self-reliant scorer who also can play the two-way role. Although he posted his second straight 70-point season, 59 of his points came at even strength.

A model of consistency since he broke into the league five years ago, Monahan scored a career-best 31 goals — his fourth straight season of 27 or more. Close to 65% of his points involved star linemate Johnny Gaudreau, but his two-way play, deadly shot and hard work along the boards compliments the finesse forward.

Boeser is a big reason why hope is slowly being restored in Vancouver. He led the Canucks in goals (29) and tied for the team lead with 55 points in only 62 games. A late-season injury possiby cost him the Calder Trophy, which says a lot about Boeser’s season when you consider the kind of damage Mathew Barzal did. 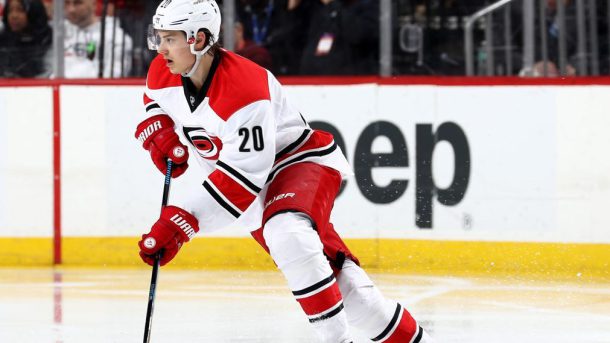 Aho showed signs of breaking out two years ago, so it didn’t surprise anybody last season that he was Carolina’s best forward from start to finish. He’s an incredible playmaker, and 49 of his 65 points were during 5-on-5 play. If recent top pick Andrei Svechnikov reaches his elite goal-scoring potential, it’s a good bet Aho will have a hand in it.

Tbe trade of a heavily-sheltered Noah Hanifin may finally open up opportunities for Slavin to put more points on the board and get the kind of Norris recognition he’s deserving of. He’s easily one of the most underrated defensemen in the game.

Nylander produced his second straight 61-point season, but his 32 assists at 5-on-5 tied for sixth in the league, and that was with a 47.7% zone-start ratio. Still, it’s going to be intersting to see how the Maple Leafs share the puck now that John Tavares in is the fold.

Known more for his ability with the puck than without it, Werenski still avoided the dreaded sophomore slump by scoring 13 of his 16 goals at even strength and finishing with a respectable 37 points. The Blue Jackets slumped mightily on the power play last season, thus limiting Werenski to only seven helpers during the man-advantage.

Having a loaded supporting cast certainly played a role in Vasilievskiy’s nod for Vezina finalist, as his advanced numbers weren’t all that great. But it was he who made Ben Bishop expendable and certainly earned the right to be the starting goalie of what looks like a Cup contender for the next decade or so.

This whirling dervish had as fine a rookie season one would expect out of a teenager carrying a top line on a perennial doormat, finishing third in the Calder Trophy voting. It’s hard a find a more dangeorous player during the 3-on-3 overtime than Keller, who shouldn’t have a problem equalling or surpassing his scoring pace next season as his starts in the offensive zone decrease.

An impressive rookie season immediately after being chosen first overall was somewhat overshadowed by linemate Taylor Hall winning the Hart Trophy. But Hischier had a lot to do with it, and his point production based on minutes played likely means he’s closer to becoming a top-10 scorer.