Slumping Maple Leafs too talented to write off

Slumping Leafs too talented to write off 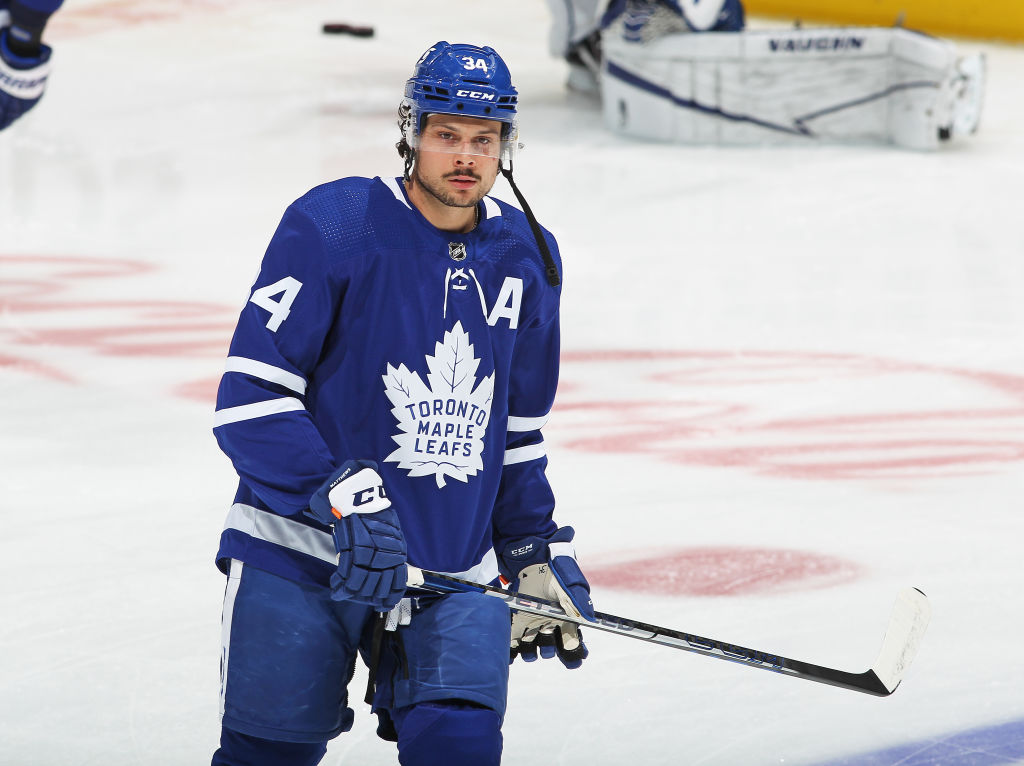 NASHVILLE (The Draft Analyst) — The Toronto Maple Leafs are only six games into the 2021-22 season and their problems are the talk of the NHL. As if blowing a 3-1 series lead to Montreal in the first round last postseason wasn’t enough to trigger doubt and negativity towards a team synonymous with playoff failure, the Maple Leafs dropped to a paltry 2-3-1 mark after a 7-1 pasting by the understrength Penguins in Pittsburgh last Saturday night. Despite the early-season concerns — and concerns are aplenty — the Maple Leafs entered 2021-22 with a strong core to remain the oddsmakers’ favorite among Canadian teams in the Eastern Conference to challenge for the Stanley Cup, especially now that sports betting in Canada is taking off from province to province.

But sluggish regular season starts hasn’t been the norm for this recent edition of the Maple Leafs, who a season ago won seven of their first nine games en route to a 35-15-7 mark and a franchise-record .688 points percentage. Some point to the shortened schedule and weak Canadian Division as the drivers behind Toronto’s success in 2021, but the Leafs were a top-10 team in two of the three seasons prior and also went a combined 19-7-3 in their head-to-head series with the division’s three other playoff teams.

This season’s promising 2-0-1 start was followed immediately by three straight losses, and all coming after star center Auston Matthews returned to the lineup. Naturally, this mini-slump has a sizable chunk of Toronto’s passionate fanbase screaming for change, and the offseason reassurances from general manager Kyle Dubas and head coach Sheldon Keefe following a fifth straight first-round playoff exit are already being scrutinzed.

Is it too early to panic? Recent history tells us that what the Leafs did or didn’t do during the postseason is not necessarily a carryover from their play during the regular season. Could they be tougher? Sure. Is the lineup present more finesse than grit? Absolutely. But they’ve paced towards five straight 95-point seasons since 2017 while making the playoffs each time and pushing their opponent to a winner-take-all match in four of their recent first-round ousters. Remember, this is a team that missed the playoffs in 10 of the 11 seasons prior to 2016-17. But the results since have earned the Maple Leafs a dubious reputation as a strong regular season team that folds prematurely in the playoffs. Will this season be any different? Suboptimal start to 2021-22 notwithstanding, there are several reasons why Maple Leafs fans should maintain optimism while keeping those feelings of dread and despair stowed away — at least until the playoffs.

The Maple Leafs held a significant edge in possession and quality scoring chances in three of their four losses, with Saturday’s 7-1 rout in Pittsburgh being the outlier. In a recent 2-1 overtime loss to the New York Rangers, the Maple Leafs came back from a 1-0 deficit to force overtime, and at one point outshot their opponent 30-3 during a chunk of the final two periods. This relentlessness carried over against San Jose last Friday, where the Leafs out-attempted the Sharks 70-51 in a 5-3 loss that had more to do with backup goalie Michael Hutchison’s struggles than the effort and desire shown by Toronto’s skaters.

Unfortunately for the Maple Leafs, they aren’t getting production — i.e. actual goals score — from several of their bigger names. Although winger William Nylander is doing his part with a team-best five points (2 goals, 3 assists) in six games, star forwards Auston Matthews (zero points in three games) and Mitch Marner (one assist in six games) have been snakebitten. Marner, a popular target for vitriol among Maple Leafs fans, finished fourth in overall scoring last season with 67 points in 55 games but is goalless in his last 14 games between the regular season and playoffs. Still, there’s no legitimate explanaition for his struggles, and there’s plenty of reason to believe that this kind of ineptitude will not continue over a half or full season, especially when you consider the lethality of Toronto’s power play and how critical a role Marner plays within it. It’s reasonable to assume that the Leafs’ power play will kick into high gear sooner than later, which would then trigger a significant production spike from Marner, Matthews, and second-line center John Tavares.

Another reason for optimism is the Leafs’s depth scoring. After Nylander, four of Toronto’s next best scorers through Sunday  — forwards Jason Spezza, Michael Bunting, Pierre Engvall, and Wayne Simmonds — each play under 15 minutes a game. The forward group is deep and four lines are rolled — two critical elements for success in a tough Eastern Conference. Once the Maple Leafs’ thoroughbreds get going, the impact from depth scoring will be magnified even further.

2. November is usually kind to them

Although next month’s slate begins with three tough home matchups on paper, two of those opponents – the Vegas Golden Knights on Nov. 2 and the Tampa Bay Lightning on Nov. 4 – are off to sluggish starts themselves. Of course, that likely increases the opposition’s desperation level, which thereby produces quality hockey. But the Maple Leafs should not be intimidated by their November schedule, as eight of the first 11 games are at home (including dates with before they close out the month with a three-game California swing against three beatable teams. Keep in mind that Toronto was never expected to win an Atlantic Division that already features Tampa Bay, the Boston Bruins, and the Florida Panthers, but this group has proved time and again to hang with the elites and put forth their best efforts against the better teams.

Jack Campbell was off to a solid start before he was lit up for five goals on 21 shots in Saturday’s loss to Pittsburgh, but that performance should be treated as an outlier. A late bloomer who the Leafs chose as their starter while letting established No. 1 Freddie Andersen sign with Carolina, Campbell’s career is marked by slow starts and the surrendering of backbreaking goals after his team holds the advantage in shots and possession. Still, he was stellar in wins over Ottawa and Montreal, and Hutchinson’s early-season ineptitude as a third-stringer likely means Campbell will see more action then expected until backup Petr Mrazek returns from a lower-body injury. Mrazek healing up will come in handy against Western Conference foes, as he owns a career mark 55-25-8 against them.

Since the advent of the shootout for the 2005-06 season, 64 teams have reached the conference final. Of those 64, 35 posted a .500 mark or worse after their first six games of the regular season, and 15 of those 35 had a losing record when overtime and shootout losses are factored in.

Expand the sample size to the first month of the season, which can be anywhere from 10 to 14 games, and the number of eventual conference finalists who lost more games than they won jumps to 18. Included in that group are Stanley Cup champions – the 2009 Pittsburgh Penguins (5-4-2 in October), the 2018 Washington Capitals (5-6-1), and the 2019 St. Louis Blues (3-4-3).

Although the Maple Leafs have gotten off to hot starts the last few seasons, the 2016-17 squad which improved 26 points to make the playoffs began that campaign with a 1-2-3 record while surrendering over four goals a game in the process. Granted, that young team kickstarted Toronto’s current streak of five consecutive first-round failures. But recent history tells us that a deep playoff run should remain a realistic goal for any preseason contender who stumbles out of the gate.