Looking Back: How 2020 Changed Hockey 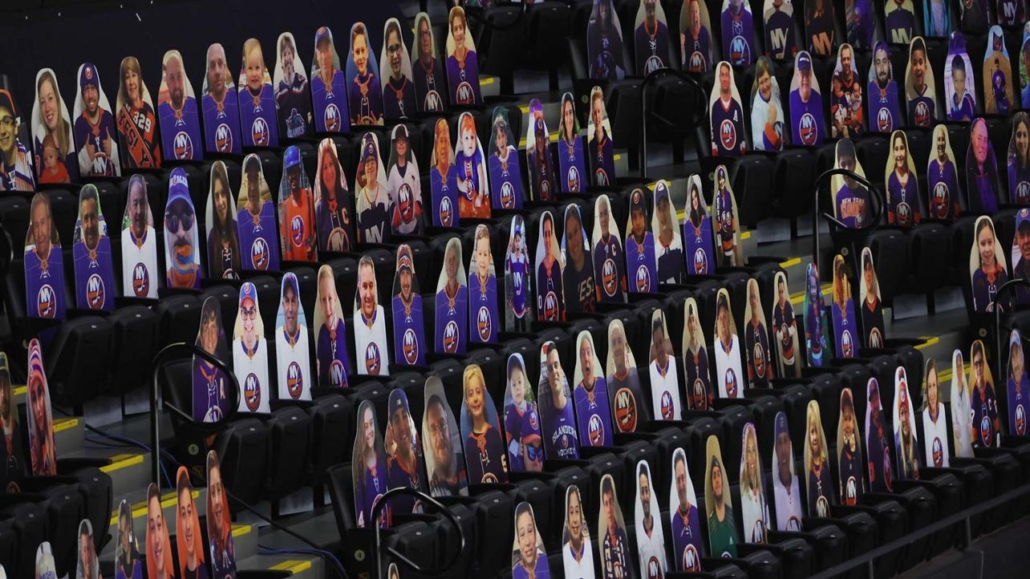 NASHVILLE (The Draft Analyst) — The year 2020 forced many sports leagues to shut down indefinitely. Major leagues in the U.S. lost $12 billion in revenue according to ESPN, and hundreds of thousands of people lost their jobs while millions have been infected or affected by the COVID-19 pandemic.

Although some sports suspended all their plans for 2020, some leagues chose to adapt. The NHL is a great example. After a few months of suspending games, hockey returned with a bubble that helped end the 2019-20 season successfully.

The Tampa Bay Lighting lifted the Stanley Cup after defeating the Dallas Stars in six games. But they fought to victory after overcoming numerous challenges. Below are some of them:

The 2019-20 NHL season came to an abrupt halt on March 12 after league commissioner Gary Bettman suspended all games immediately. The news came a day after the NBA suspended its games for safety reasons.

At the time, the NHL had no resumption date and ordered all clubs to cease trainings, meetings and anything that could fuel the spread of coronavirus. Fortunately, NHL teams and players responded in support of the suspension, admitting postponing the season was the best move at the time.

While the NHL took a break, NHL affiliated minor leagues—AHL and ECHL—canceled their seasons entirely. This meant players would no longer get paid from March although the leagues agreed to reimburse their moving expenses.

Around the world, hockey leagues either took indefinite breaks or shut down entirely. In the UK, the Elite Ice Hockey League ended its 2019-20 season without a champion after the pandemic forced it to cut short its season.

Worse, the EIHL in the U.K. didn’t recover from the financial turmoil caused by COVID-19. And as a result, it opted to suspend the 2020-21 season until fans would be allowed to attend games once again.

Being a major league, the NHL has enough money to pay staff and players amid a season-long pandemic. However, 2020 pushed the league to the edge, with many teams requesting players to play for the sake of saving their teams from financial ruin.

The NHL was facing a $2.5 billion revenue loss when the pandemic hit. And considering many teams generate 50% of their revenues from ticket sales, the suspension of games was a massive blow for the franchises.

According to Bettman, NHL clubs softened the financial blow suffered in 2020 by using money saved in escrow accounts. You see, the league sets money aside every season to act as an emergency fund in case of a catastrophe like the coronavirus.

These funds proved life saving throughout 2020. However, the money could last only too long. The league didn’t lose just its ticket sales. It also lost income from sponsorships and TV rights. As such, it needed to react quickly with new ways to generate income or the financial burden would spiral out of control.

The suspension of hockey meant one thing to NHL betting websites: they had few hockey betting markets to provide. And as more leagues around the world shut down, sportsbooks almost went bankrupt.

Of course, the companies couldn’t agree to close down despite the pandemic. Instead, they changed their business models. Some bookmakers introduced virtual hockey betting—games of chance programmed by computers.

In Canada, leading betting sites also introduced casino games like slots, poker and blackjack. Canadians can join an instant payout casino Canada on this site. They can play their favorite games, claim bonuses and cashout as much as they win without paying taxes.

Canada has no laws about online casinos at the federal level. As such, it doesn’t license operators nor tax them. These companies are based overseas in Malta and the UK. But they’re licensed and safe, nonetheless.

Data from Newzoo shows eSports could generate $1 billion in revenue this year. This will translate to a 14% growth for the industry, which skyrocketed in 2020 despite the rise of COVID-19.

One of the reasons eSports climbed last year is because hockey fans turned to video games to fill the gap caused by a lack of sports. For the uninitiated, eSports is a blanket term for competitive video games.

It’s an industry with 500M+ fans. It generates nearly $1 billion every year and some people have built their careers by playing video games professionally. Last year, many sports fans became eSports lovers now that their favorite teams couldn’t play.

Esports didn’t shut down because it managed to run all its games online. For clarity, there are numerous video game tournaments online. The biggest competitions feature titles like Fortnite, Dota 2, League of Legends and CS: GO. However, there are also competitions centered on the NHL 20 video game.

As we mentioned earlier, commissioner Bettman felt the NHL needed to open up sooner or later. But since the pandemic was still raging on, he needed a league resumption model players, staff and team owners would accept.

In total, the NHL resumed its season with 24 teams for the playoff round. The bubbles acted as safe spaces for the league to finish up without exposing players and staff to the pandemic. Of course, this only worked with the help of regular tests and strict safety protocols.

After the massive loss of life brought about by COVID-19 in 2020, the NHL is taking all measures necessary to keep its players and staff safe. One of the requirements is for staff and players to get vaccinated.

The vaccines are not compulsory per se. But they’re not optional either. Players and staff who test positive after choosing not to get vaccination will be suspended without pay. Additional, unvaccinated players will undergo stricter movement protocols compared to vaccinated NHLers.