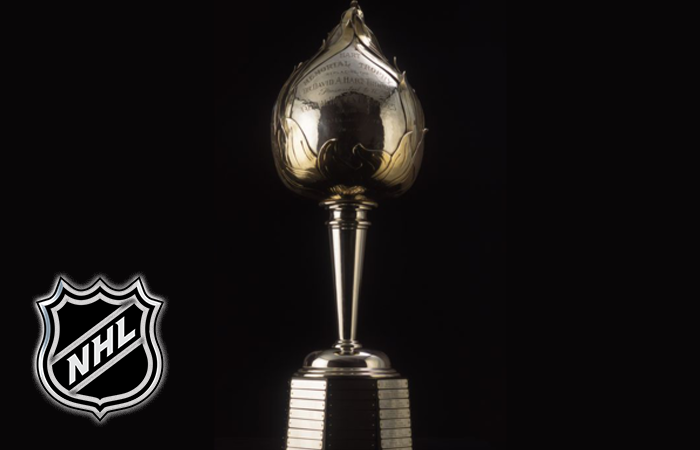 NASHVILLE (The Draft Analyst) — The race for the NHL’s Most Valuable Player Award is tightening up with only two months left in the regular season, but the waters are far less murkier now that the second half is in full swing. Most of the leading candidates are tracking to be playoff bound, but that doesn’t mean we have to completely write off the Hart Trophy chances of the handful of stars who aren’t. Granted, the last time the Hart Trophy went to a player from a non-playoff team was in 1988, when Mario Lemieux’s dominance coupled with a half-season from an injured Wayne Gretzky made the decision all too easy for voters. Before and after, however, the winner of the NHL’s Most Valuable Player award has unsurprisingly played for a team that qualified for the postseason.

Below you’ll find a breakdown of the players expected to either challenge to win the award or sneak in as one of the finalists. But before you dig in, keep the following in mind:

1. Nine of the last 14 Hart Trophy winners also won the Art Ross as league scoring champion. Excluding 2015 in which goalie Carey Price won the Hart, 11 of the 13 Ross winners since the lockout were Hart finalists, with fourth-place finishers Connor McDavid (2018) and Martin St. Louis (2013) the lone exceptions.

2. Only two of the last 42 Hart finalists since 2006 did not make the playoffs in their respective season — Connor McDavid in 2019 and Steven Stamkos is 2012.

3. When it comes to conferences, there definitely is an East Coast bias. Twenty eight of the 14 finalists (67 percent) since the lockout played in the Eastern Conference, compared to only 14 of 42 (33 percent) for the West. 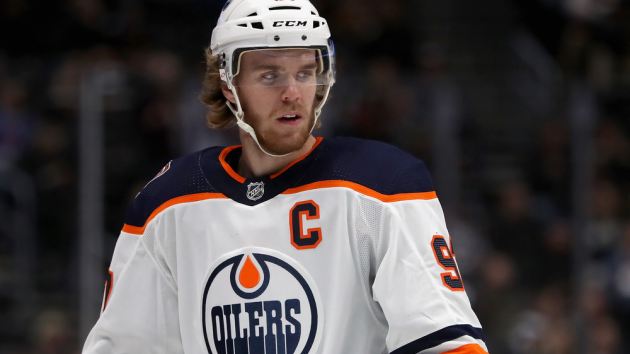 Ho hum, another dominant scoring pace by the league’s most exciting player. Only this time McDavid’s Oilers are poised to not only make the playoffs, but also win their first division title since 1987. Based on recent Hart trends, voters have had no problem dishing out first-place votes to McDavid even when his team was bottom feeding in the Pacific Division. In fact, McDavid (+125) remains the favorite to take home the 2020 Hart Trophy per the odds at SportsBettingDime. As unstoppable as linemate Leon Draisaitl has been, the eye test says that McDavid is doing most of the heavy lifting in terms of getting the puck out of danger and assaulting the opposing zone full bore. 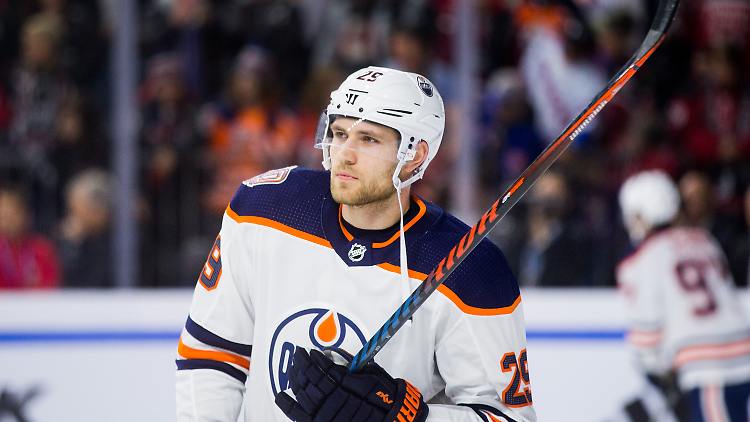 A monster season by a monster of a performer has some believing Draisaitl already has the Hart Trophy wrapped up. He leads the league in scoring over teammate Connor McDavid by only a few points, which could be enough to get him the needed votes over his superstar linemate. One thing definitely is certain — Draisaitl is his own class and should no longer be considered the product of a speedy, electrifying playmaker like McDavid. He’s used in all situations and Draisaitl has had a hand in a mind-numbing 48.3 percent of Edmonton’s goal production this season. 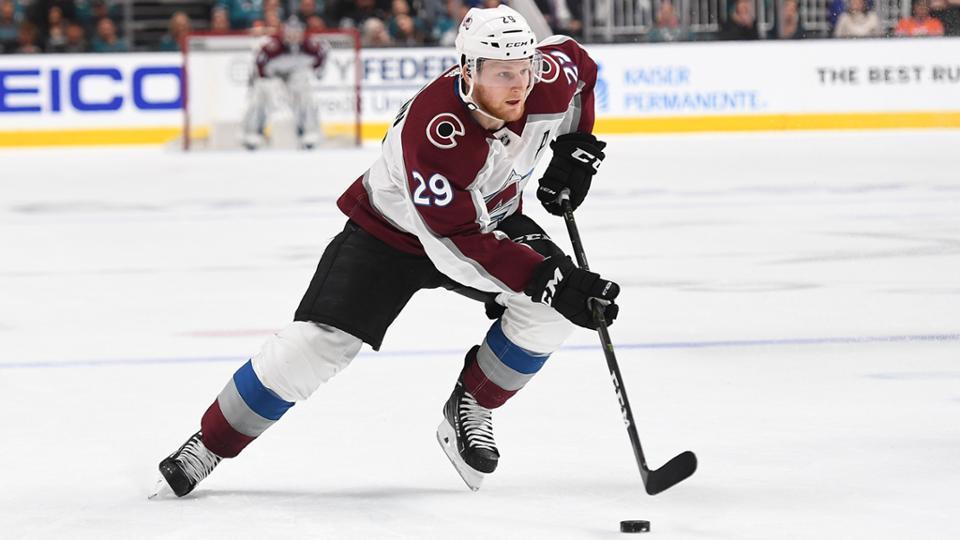 No top Hart candidate spreads the wealth as often as MacKinnon, as 39 percent of his points involved teammates outside the top four in Avalanche scoring. Another consideration is that Colorado’s second leading scorer is rookie defenseman Cale Makar, and the forward with the most points after MacKinnon is Andrei Burakovsky, who has 36 less points than his captain. Although Colorado was built to contend for a Stanley Cup, the central figure in their uprising from the bottom of the standings has been MacKinnon, and no other elite team relies on a single individual as much as the Av’s rely on him. If “most valuable” is defined as the last guy a playoff team would want to lose, then the edge for this year’s Hart has to go to MacKinnon. 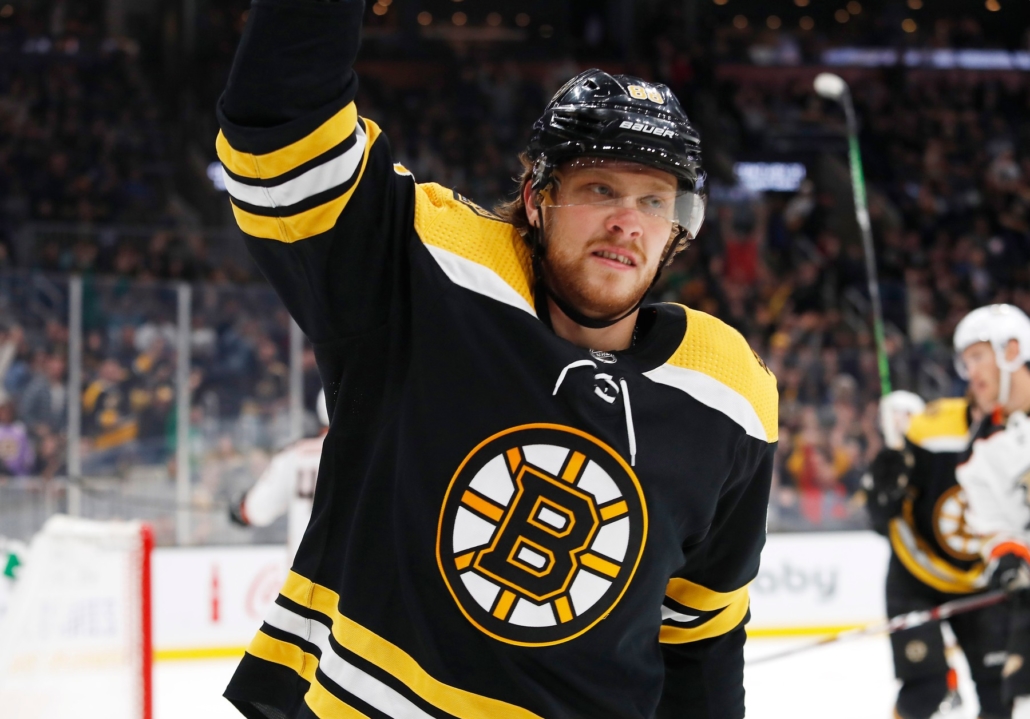 Pastrnak once again finds himself at or near the top of multiple offensive categories, and when you couple that with the fact that he plays for the best team in the league, a strong case for the Hart can be made. He may not be a 200-foot winger or be counted to make smart plays in the defensive end, but Pastrnak’s goal-scoring proclivity while flanking an uber-checker like Patrice Bergeron more than makes up for any shortcomings off the puck. He’s on pace to score close to 60 goals and eclipse the 100-point mark for the first time in his career. Several questions need to be asked, however, and they are not as simple as one would think — How valuable is he to the Bruins, and how much does he benefit from playing alongside Bergeron and a 90-point winger such as Brad Marchand? In the end, it may come down to the potential splitting of votes in the McDavid vs Draisaitl debate that serves as the determining factor for where Pastrnak finishes. 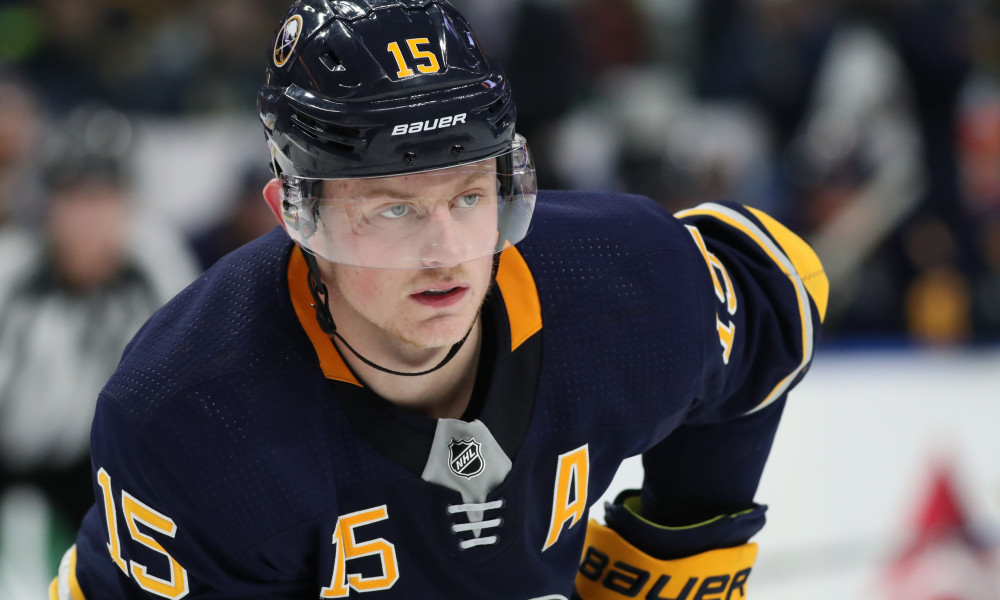 The Sabres probably won’t make the playoffs (again), but this time neither their supporters nor those who cover them can deny just how special a season Eichel is having. With all due respect to Sam Reinhart, Eichel has been a one-man show in leading Buffalo to within striking distance of their first winning season since 2012. Even crazier is that he’s having a career season with Jeff Skinner — a 40-goal scorer in 2019 — being an absolute disappointment. Surprisingly, Eichel has never received a single Hart Trophy vote in the previous five seasons, but that is all but guaranteed to change come April.

The Rangers are notorious for acquiring high-priced talent regardless of age or stage in their careers, and the overwhelming majority have either flopped or were traded within two or three years. Panarin seems to be breaking that stereotype, as he’s been the most exciting player the organization has had since Marian Gaborik. Not only has he turned a perennial underachiever like Ryan Strome into a scoring threat, but he’s also racking up points without much help from anyone else. Over 80 percent of Panarin’s scoring through Feb.9 did not involve top-line center Mike Zibanejad.

The Blackhawks may be in last place in the Central, but they are in the midst of a 12-6-2 run fueled by Kane, who has points in 19 of his last 23, including a 12-game point streak that recently was snapped. Even more impressive is how Kane has managed to pile up points while sharing the same ice with a carousel of underachieving or inexperienced forwards. Simply put, Kane by himself has made the Blackhawks palatable again, and that should count for something.

For all the turmoil in Toronto nowadays, the one constant has been Matthews’ ability to remain incredibly consistent in the face of tremendous pressure from both external and on-ice elements. Teams know they need a separate wargame that focuses solely on Matthews, but the results have been completely one sided in favor of the Arizona native. Not only is Matthews leading the Leafs in multiple significant statistical categories, but the 59 goals he’s pacing to score would set a franchise record. He’s also the only Toronto forward to appear in all 56 games thus far. Voters may point to the fact that he’s surrounded by multiple superstars, but he’s got a double-digit advantage in points over Mitch Marner, William Nylander, and an underachieving John Tavares.

Malkin is no stranger to the Hart Trophy, as he was a runner-up in both 2008 and 2009 before winning the award in 2012. Since then, injuries have impacted the big Russian center’s ability to sustain any kind of dominant play over a full season, which is why his seventh-place finish for the 2018 award was the only time he drew a single MVP vote in the last seven years. This year, however, Malkin has carried the Penguins while Sidney Crosby missed a chunk of the first half with an injury. In the 28 games their captain was out, Malkin and the Penguins went on an 18-6-4 run that has brought them within an earshot of the Metropolitan Division lead.

Not only did Malkin average 1.46 points per game in Crosby’s absence (compared to 1.27 in the rest), but not a single one of his points at even strength involved his aforementioned teammate.

The heart and soul of the Golden Knights is putting together yet another exemplary season at both ends of the ice. While another nomination for the Selke Trophy for top defensive forward is all but guaranteed, Stone is also producing at a decent rate by his standards (0.93 points per game). His 13.4 shooting percentage, however, would the lowest he’s ever recorded in a full season. Still, Stone leads legitimate Hart Trophy candidates in CF% (58.1) and xGF% (61.8), and any onlooker with half a brain knows this year’s version of the Cup-hunting Golden Knights would collapse like a house of cards had Stone missed a chunk of time — 34 percent of his points did not involve any of the Knights’ top-four scorers (excluding Stone himself, of course).

The Great Eight won’t come close to another Ross, but he’s definitely tracking for his ninth Richard trophy, which would make it seven in the last nine years! Like fine wine, Ovechkin is getting better with age, and his 0.74 goals-per-game average would be the highest he’s recorded since his career-best 65 goals in 2008. Additionally, Ovechkin’s ice time slightly decreased from last year but he’s attmepting over one full shot per game more than a season ago. On top of all that, the voters seem to love Ovechkin, as he’s been a Hart finalist five times and continues to get second or third-place votes in years where there’s a clear-cut winner.

What’s working against him? For starters, Ovechkin isn’t even leading his team in scoring (defenseman John Carlson has eight more points). Additionally, OV’s 57 points only make up for 29 percent of the Caps’ 199 goals scored — the lowest among challenging Hart candidates. Scoring 60 goals while the Caps win their division would help bolster his case to be a finalist, but chances are incredibly slim that a simple feel-good story would be enough to justify choosing him over one of Draisaitl, McDavid, or Pastrnak.

The good times are rolling in Vancouver, as the Canucks are on their way to win the Pacific Division for the first time since 2013. The engine that has kept their train running is Pettersson, who in less than two years already has firmly established himself as their franchise player. His puck skills, maneuverability in tight spaces, and intimidating on-ice presence are a big reason why linemate J.T. Miller is averaging a career-best 0.98 points per game, which is over a 25 percent increase from his previous high. Yes, Pettersson also has the likes of Bo Horvat, Brock Boeser, and Quinn Hughes to pitch in on the playmaking and scoring categories. But is there any doubt who opposing teams worry about the most when they see the Canucks pop up on their schedule?

Being a perennial doormat hasn’t stopped Florida from getting Hart Trophy love from voters during non-playoff season. Pavel Bure (2001), Roberto Luongo (2004), and Aleksander Barkov (2019) all received at least one after seasons in which the Panthers missed the postseason. This year’s squad, however, is close to both a wild card spot and third place in the Atlantic Division, and Huberdeau has been a wrecking ball since October. He may not see as much ice time as his Hart-caliber peers, but even that can be construed as a positive since he’s among the league leaders in scoring. If the Panthers can sneak into the playoffs, there’s a decent chance Huberdeau gets second and third-place votes, let alone votes in general.

Remember when the Bolts were mediocre and Jon Cooper’s coaching job was in jeopardy? Well, that’s a distant memory thanks to a 19-2-1 run since just before Christmas, and last year’s Hart and Ross winner certainly drives this bus. Kucherov may be surrounded by elite talent and isn’t dominating the scoring charts like he did a season ago. However, a team that remains the most feared team in the Eastern Conference usually has a top player, and that top player always received voted when it came down to the Hart Trophy. Not only is Kucherov riding an 11-game point streak, but he’s recorded multi-point efforts in nine of them!