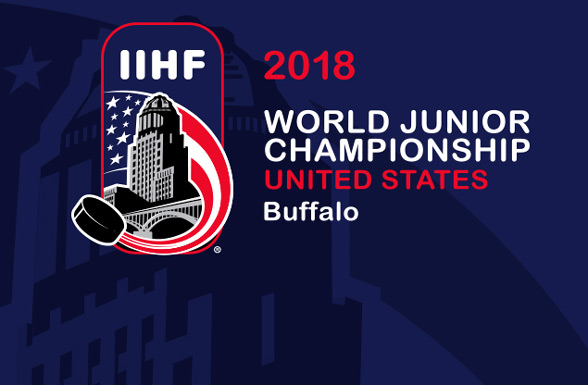 LW Filip Zadina (Ranked No. 3): Zadina has been the best player in a handful of international tournaments, so it shouldn’t have come as a surprise that he was the most noticeable contributor in the opener for a Czech squad who outlasted the Russians. Zadina can do it all — kill penalties, orchestrate the power play, play reliably in close/tight scenarios, etc. He and fellow 2018 draft prospect Martin Kaut showed ridiculous chemistry, which makes sense considering they were rookie linemates last yeat for Pardubice of the elite Czech Extraliga. The tandem set-up Carolina top pick Martin Necas for the game’s first score after some solid work along the boards, and Zadina’s laser from the weak side during a second-period power play gave the Czechs a lead they would not relinquish.

#WJC: LW Filip Zadina (Ranked No. 3) scores after another nice set-up from RW Martin Kaut (Ranked No. 63). Goal and an assist apiece for Zadina & Necas (CAR), and 2 assists for Kaut. Czechs take a 3-2 lead on the PP after Russia’s LHD Yegor Zaitsev (NJD) was called for a penalty pic.twitter.com/U5xzyQ3qh0

LHD Filip Kral (Ranked No. 116): An underrated defender with very good speed who plays for Spokane in the Western Hockey League, Kral scored a key goal while manning the top pairing and leading Czech defenders with 21:48 of ice time. Kral is a mobile two-way defender who emphasizes puck management in all three zones. He’s more than willing to take a hit to complete a play, plus he’s strong enough to ward off more than one opponent in order to protect the puck while moving up ice. He absorbs hits extremely well and is tough to knock down, especially during puck retrievals, and he wins the significant majority of his puck battles. Kral played the top of the umbrella on the Czech Republic’s loaded power play, and he kept it simple knowing full well that it’s his job to augment playmakers like Zadina and Necas, not the other way around. Kral revealed a hard, accurate shot just inside the post with his blast from near the blue line that turned out to the game winner.

C Krystof Hrabik (Ranked No. 85): Hrabik is a massive two-way center and penalty killer extraordinaire who can be counted on to take key defensive-zone draws and be matched up against top players. He was given a smaller role against Russia, playing a game-low 8:25 but was on the ice for two goals against that he had no real chance at preventing. Hrabik is a good insurance policy late in games but it’s not likely you’ll see his diverse skill set in such a high-stakes tournament like the WJC.

C/W Jakub Lauko (Ranked No. 38): Lauko is one of the more excitable draft-eligible players for 2018 thanks to his explosive speed and finishing abilities. He was relegated to a checking role against the Russians and played less than 11 minutes, but on a few occasions used his speed and quickness to carry the puck from his own end and into opposing territory. It was a tough opening draw for the Czechs, so it makes sense that the youngest skater on their roster wasn’t used as much in the second half of the game — especially after he took a penalty right after the Czechs took a 3-2 lead in the second. But Lauko isn’t just flash and dash, as he’s a battler who will make sacrifices in the defensive zone and battle below the goal line. Look for his ice time to increase as the schedule softens.

RW Martin Kaut (Ranked No. 63): One thing I love about the WJC is being able to see a teenage player with a chaecking role on an adult team play top-line minutes against his peers. Kaut, an energy player for Pardubice, had an outstanding world juniors debut by picking up three assists — all primary — while playing the wing with Zadina and Necas. All three of his passes were right on the tape or in a perfect spot to unload from, as the tallies from both Necas and Kral were one-timers off dishes from Kaut, who was the 24th pick in the 2017 CHL Import Draft but chose to stay with Pardubice for another season. Keep in mind, Kaut isn’t just some sort of flashy playmaker — he’s a highly-responsible 200-foot player who plays in all situations

#WJC: LW Filip Zadina (Ranked No. 3) scores after another nice set-up from RW Martin Kaut (Ranked No. 63). Goal and an assist apiece for Zadina & Necas (CAR), and 2 assists for Kaut. Czechs take a 3-2 lead on the PP after Russia’s LHD Yegor Zaitsev (NJD) was called for a penalty pic.twitter.com/U5xzyQ3qh0

RW Andrei Svechnikov (Ranked No. 1): The top prospect for the 2018 draft showed so ileffects from a broken wrist that forced him to sit out nearly two full months. Svechnikovdidn’t register a point, but he was dangerous both during the power play and at even strength. The most detailed and exhaustive of studies would struggle in finding a recent wing prospect who was more dangerous off the rush than Svechnikov, who is criminally underrated as a passer and playmaker. Although the Russians held the advantage in both possession and shots on goal, head coach Valeri Bragin may want to consider playing him more than the team-low 11:13 he was given against the Czechs. On one occasion, Svechnikov sped down his off wing, and changed gears before connecting cross-ice with RW Artyom Manukyan, who flubbed an easy chance at the net.

C Rasmus Kupari (Ranked No. 11): The Finns fell behind Canada early and looked like they were skating in mud the rest of the way, so it was a shame just an exciting and talented skill forward like Kupari wasn’t used more than the 12:53 he saw. Finland rolled two lines for most of the third period, and Kupari’s inability to create plays against Canada’s  neutral-zone clogging probably was the reason why he barely saw the ice in the 3rd. Look for him to be inserted into one of the top two lines if the Finns continue to struggle generating chances at 5-on-5.

LHD Rasmus Dahlin (Ranked No. 2): Dahlin’s been in the public eye on two major hockey continents for so long, it’s almost as if this tournament is just a formality. Still, it’s hard to pass up the chance to watch Sweden’s most anticipated draft prospect since Mats Sundin or Peter Forsberg. Dahlin may not have played in front of many spectators (announced attendance was 1,754), but his game against Belarus was broadcast all over Europe and North America, and once again he treated observers to another fantastic performance. The scoresheet indicates Dahlin finished with two assists — one on a power-play tally from Elias Pettersson, the other on a snipe by New York Rangers’ prospect Lias Andersson. But he looked so poised, fluid and graceful the entire match, which included about a half dozen forays deep into Belorussian territory. We know what this kid can do with the puck, so it would have been nice if his opponents applied the kind of pressure that forced Dahlin into close-quarter contact within his own zone. Nonetheless, he stood up at the blue line with an active stick and pounced on several chances to steal the puck and head the other way.

C Isac Lundestrom (Ranked No. 46): Making the team as a first-year draft eligible was enough of a big deal in terms of draft stock. So one shouldn’t be all too disappointed that a player who plays a significnant role for Lulea in Sweden’s top league began his WJC relegated to depth duty and occasional power play time. Lundestrom is a player who plays with pace and intensity, but he was pretty quiet in the opener with Belarus. He did a lot of littel things well like finishing his checks and forcing puck carriers into lazy dump-ins, but he didn’t do much from a creative standpoint in what should be Sweden’s easiest draw of the tournament.

LHD Quinn Hughes (Ranked No. 10): It says something when the best blueliner for the defending champs is also the youngest player on the squad. Hughes was by no means a surprise add, as he was one of the better players at the Summer Showcase and having an excellent freshman season with Michigan. And although his first WJC test was against a weak Danish squad, Hughes put on a fine display of speed, puck control and instant chemistry with his fellow Americans. The former NTDP’er on multiple occasions was a linchpin in several lengthy 5-on-5 cycles inside the opposing zone, with each one loaded with scoring chances he created for both himself and his teammates. He finished with a pair of assists, and even made several key defensive plays in the few times Denmark thought it had something going. There are times when he’s too fancy for his own good and will pass up an open shot between the circles for a pivot and dish, but the fact that he looks super smooth while making the rare questionable decision is just proof that Hughes is a special talent who will undoubtedly go very high in the upcoming draft.

LW Brady Tkachuk (Ranked No. 8): The hype surrounding the kid with the famous hockey surname was lived up to, at least in his WJC debut. Tkachuk wasn’t playing his customary top-line role, which is understandable considering the amount of experience and firepower the Americans brought with them to Buffalo — Tkachuk’s 11:51 of ice time was the second-lowest among U.S. forwards. Nonethekless, he made the most of his reduced minutes, picking a sweet assist that once again revealed his advanced hockey brain. Tkachuk confirming his ability to be a dangeous player with his back to the goal is just one of several reasons why he’s expected to go high int he 2018 draft. It’ll be interesting to see if the physical, at times undisciplined side of his game comes out when the scores are closer and the opponents are hungrier.