NASHVILLE (The Draft Analyst) — With the 2020 NHL draft still months away and the beginning of the next hockey season appearing on the horizon, it seems like a good time to start digging into the Class of 2021. I’d like to start off with a quick disclaimer — the draft is still quite a ways away and these prospects are between 17 and 17 years old. Players this young generally progress rapidly and unevenly, thus making this early a ranking (such as this one) more of a “players-to-watch” list as opposed to any kind of absolute, definitive ranking. In other words, I expect this list to change dramatically by the time the draft rolls around.

One administrative note — no player who did not play in Russia’s MHL was in the zone for consideration, however there are two players – defenseman Mikhail Berezovsky and center Vsevolod Gaidamak — who based on international play would have earned a position in these rankings but need experience competing against their MHL peers. Although playing well in international competition is an encouraging sign for any prospect, I simply place more value in league play. This is especially true in leagues like the MHL, where these prospects are often competing against players several years older than themselves, not only as opponents on the ice, but against older/stronger teammates for premium ice time and usage. 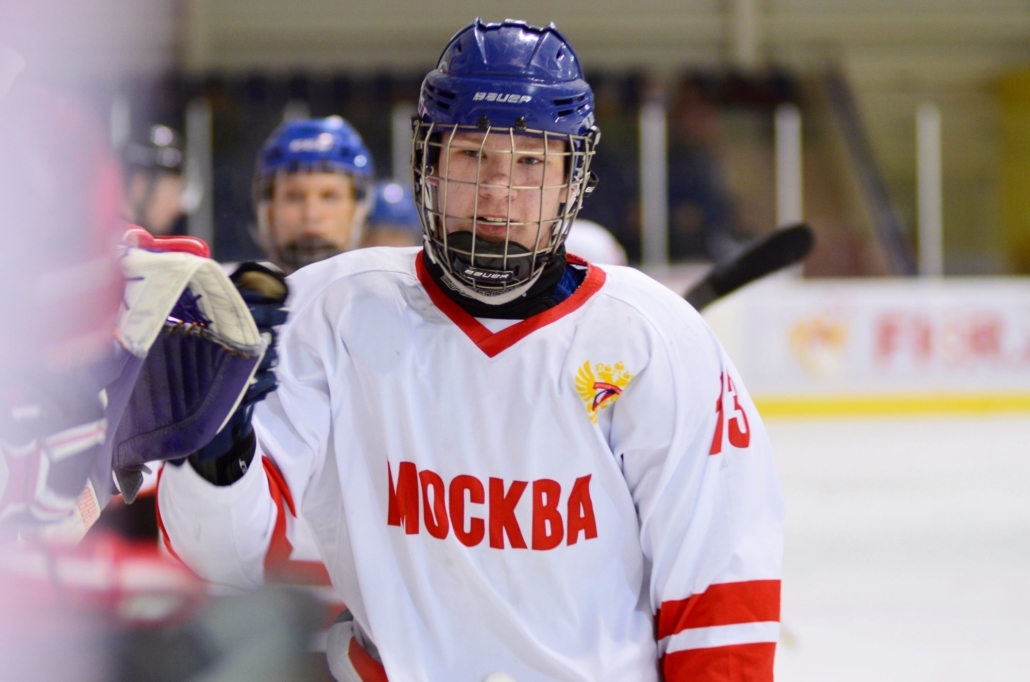 The rare winger that truly creates offense from the wing, Poltapov is a dynamic player in all aspects of the game. He can score in a variety of ways, and displays good vision in passing the puck to teammates in dangerous areas. Despite being of no more than average size, Poltapov plays with an edge, and not only powers through contact, but initiates it, both with and without the puck. And while no one will confuse him for a future Selke winner, Poltapov shows diligence in the defensive zone. Finally, Poltapov shows impressive skating for a draft-1 player; particularly in his edgework. 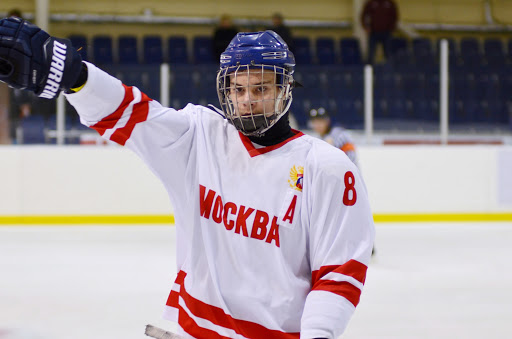 After playing for Dinamo Moskva last season, Daniil Lazutin will be suiting up this season for SKA-1946. Another highly regarded forward, Lazutin is an impressive player, who, like Poltapov, looks comfortable playing the role of both facilitator and scorer. Not an overly physical player, Lazutin nonetheless uses his size to his advantage, particularly in one-on-one battles and to get good length when deking. There are periods of play where Lazutin kind of vanishes, but that is not too concerning for a draft-1 player in the MHL — it is a tough league for youngsters. I’d also like to see a little more explosion out of Lazutin’s first couple steps, but, again, that is not unusual for a bigger player in his pre-draft season. 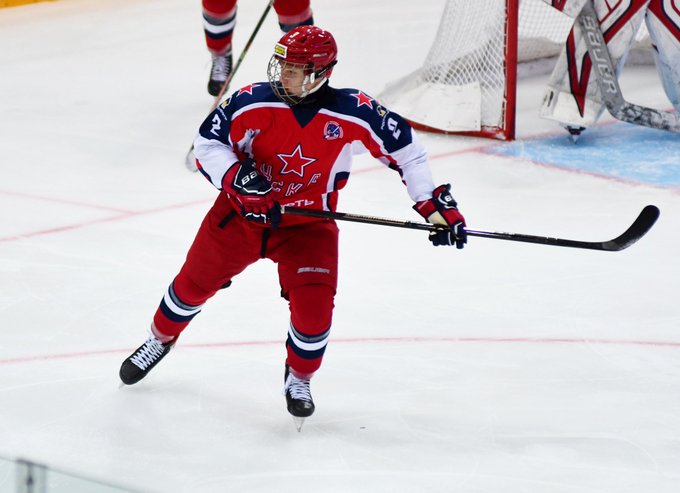 If you like safe, steady defensemen, Grushnikov is the player for you. Despite his youth and talent, he is a fairly polished defender- gap control, positioning, body and stick positions, and passing decisions all appear to be advanced well beyond his years. As such, it is no surprise that he has, throughout his young career, constantly played with older players, both in his junior league and internationally. What can be frustrating is that Grushnikov has the ability to be a little more involved offensively, as he has great skating ability (more in terms of edges/mobility than raw speed) and underrated hands. If he can get more comfortable with that aspect of the game, Grushnikov may be a true top pairing defender in the NHL. If not, I still like him as a defensive-minded partner for an offensive-leaning defender on a second pairing. 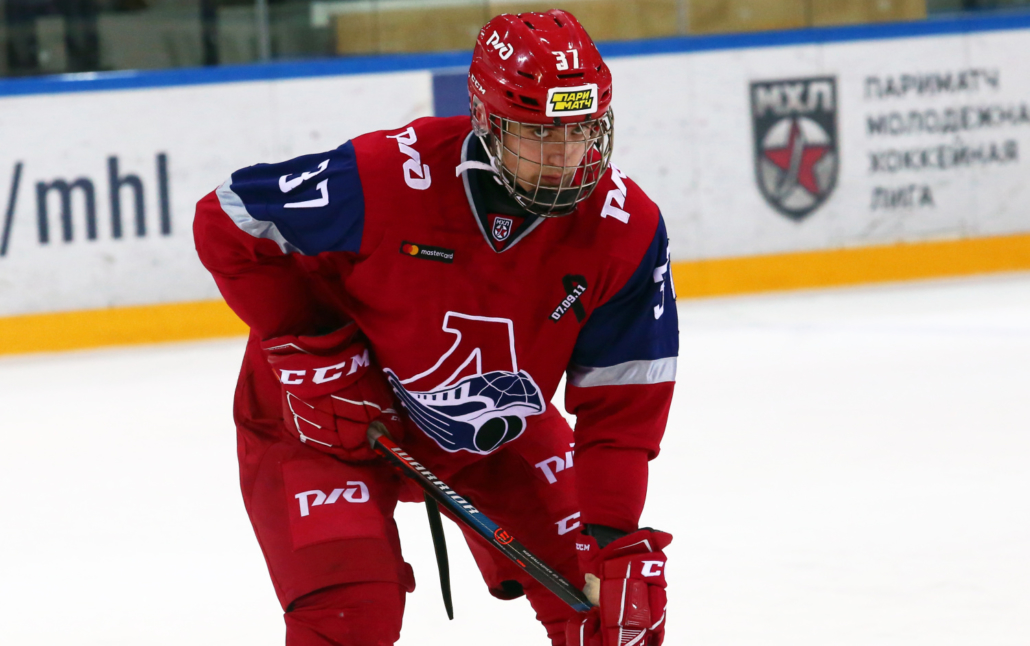 Lukashevich is right there with Grushnikov for the title of best MHL defender in the 2021 NHL Draft- it is honestly a coin toss at the moment, as, while Grushnikov is a bit more polished, Lukashevich displays more willingness to create offensively (while still being a strong defender). His skating is a little behind where Grushnikov’s is at the moment, but that is mostly in terms of strength/power, as his edges look good. Offensively, he has a solid shot (mostly a wrister at this point), and can make some really nice long-distance passes. 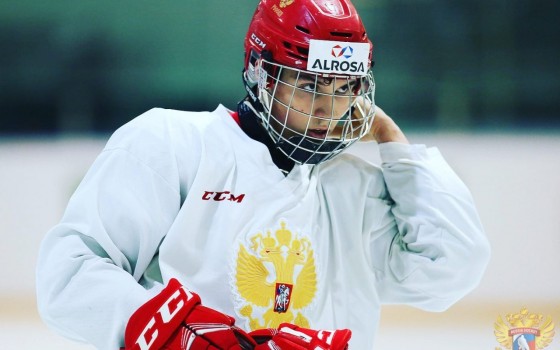 Chibrikov played last season with Dinamo Moskva but will be joining SKA-1946 this season. And, again, like Lazutin, Chibrikov brings an exciting skillset to the 2021 draft that is predicated on his skating ability. Chibrikov is quick, fast, agile, and strong on his blades, making him a threat whenever he is on the ice. At the moment, he profiles more as a set-up man, where he can dazzle with his creativity, but there may be some underlying goal-scoring ability that hasn’t quite developed yet. Despite his size, he is aggressive on the forecheck, and doesn’t shy away from contact. All-in-all, Chibrikov clearly has NHL-level talent; it is just a question on if his size will prevent him from becoming an impact player. Although he was drafted 48th overall by Lethbridge in the recent CHL Import Draft, reports indicate that he will spend his entire draft season in Russia. 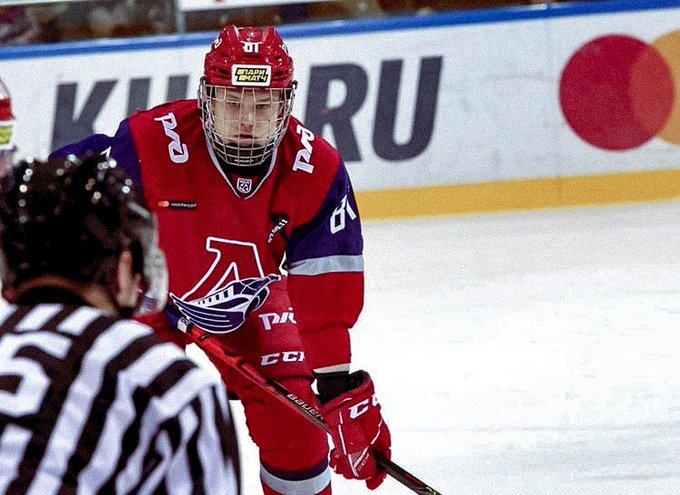 A late ’02, Shumilin saw ample time in the MHL and on the under-18 team last year. He is a classic, good-skating two-way center, who plays a very “start-and-stop” style of game. He supports his defensemen down low, and looks comfortable carrying the puck through the neutral zone. Additionally, he looks equally comfortable shooting or passing. What likely is holding Shumilin back from the upper tier of MHL prospects is a relative lack of creativity in the playmaking department, and although he does a good job taking what the defense gives him and is capable of flashy moves, I’d like to see him stretch out the defense more with his passing. 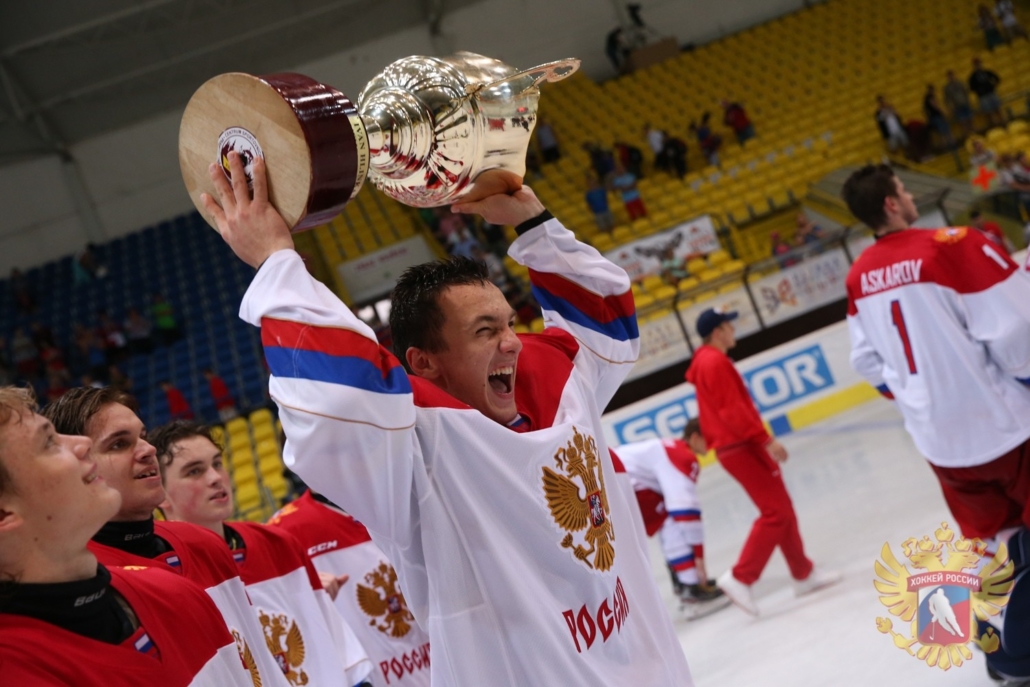 Another late ’02, Buruyanov is a noticeable player on the ice, streaking up and down the wing, getting involved offensively, defensively, and physically. With the puck on his stick, Buruyanov is, at the moment, has more of a goal-scorer’s mentality, and fearlessly cuts towards the net with regularity — an impressive display of speed, balance, and puck protection ability from a draft-1 player, though, at times, his team may have been better served if he had pulled up and looked to include his teammates a little bit more.

Yet another late 2002-born player, Zugan also saw time with the under-18 team despite being a draft-1 prospect. And unlike most other players who get promoted due to offensive abilities, Zugan stands out more for his defensive acumen. He covers for defensemen, plays below the dots in his own zone, and has a quick, powerful stride on the backcheck. However, this comes with sacrifices on offense, and it has yet to be determined if Zugan lacks creativity or if his meat-and-potatoes style is an overabundance of caution. In any event, Zugan has very good speed and is a reliable player who needs to work on becoming a tougher out for the opposition once the puck crosses center. 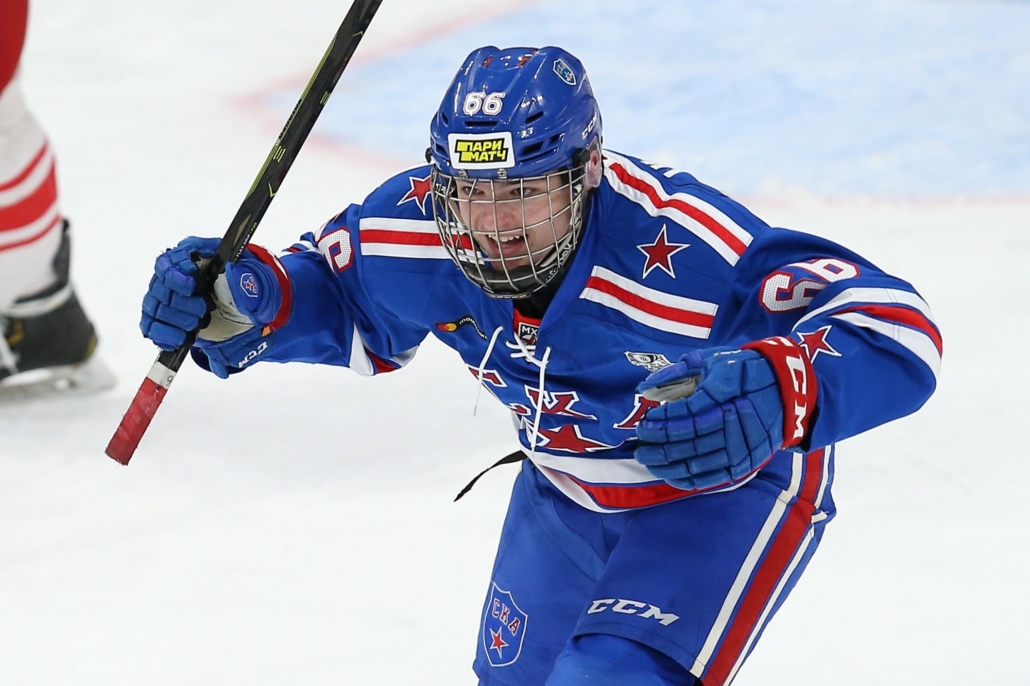 Ivantsov played much of the season for SKA-Varyagi before a late season move to SKA-1946. A mainstay in international competition for his age group, Ivantsov is a playmaking center with an incredibly high offensive IQ, as he makes a lot of smart, short area passes that end up springing a serious offensive chance for his club. He also is a dutiful worker, grinding along the boards and below the goal-line in order to win possession of the puck. However, he is physically weak to an extent and will need to gain strength to stand out in this facet of the game. Increased muscle will also help his skating, which is somewhat lackluster although certainly adequate for his current league. 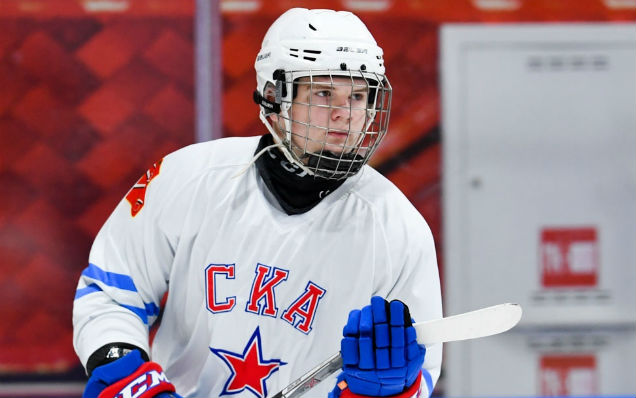 Another late-’02 birthdate and the fourth of 10 SKA-1946 players on this list, Kirsanov may be the most discussed 2021 NHL Draft defenseman from the MHL, and for good reason — the big blueliner was a calming influence not only for his MHL club but also as a minute eater for two gold-medal-winning under-18 teams. He shows good passing ability, specifically his impressive bank passes. What separates Grushnikov and Lukashevich from Kirsanov, however, is their superior skating ability, although Kirsanov is by no means deficient in terms of mobility.