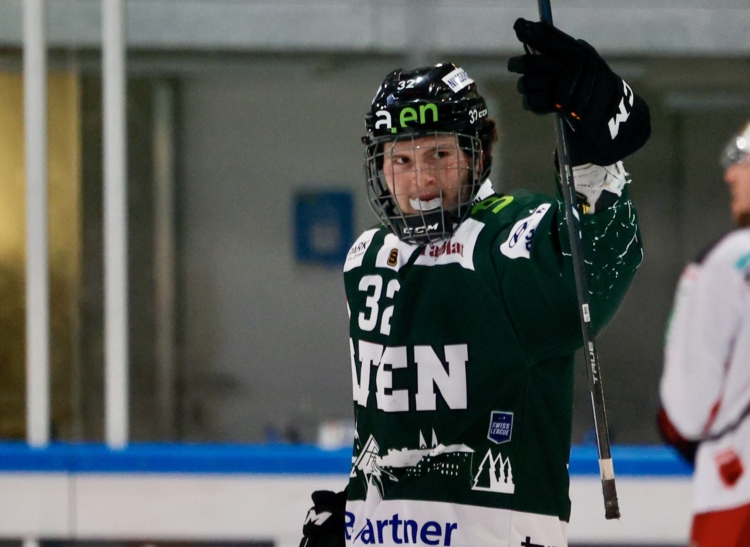 A top OHL prospect with the Peterborough Petes who took his heavy North American game to Switzerland during the shutdown, McTavish has consistently maintained a strong reputation as a potential top-10 pick in this draft. He was selected fifth overall in the 2019 OHL Priority Selection and followed that up by leading all 2003-born players in both goals (29) and points (42) during the shortened 2019-20 season.

McTavish in 2020-21 played in 13 regular-season games (9 goals, 2 assists) for Olten HC in the adult-age Swiss League, but it was his dominant performance in the playoff quarterfinals (2 goals, 5 assists in a four-game sweep of Sierre) where his ice time jumped nearly four minutes to 22:29 a game.

McTavish, who played left wing his entire time in the Swiss League, finished third overall with a 23.7 shooting percentage and placed in the top-10 with 2.31 “slot shots” per game. EHC Olten dearly missed McTavish (and fellow OHL prospect Brennan Othmann) in their semifinal series loss to Kloten, as the duo were summoned back to North America to play for Canada at the IIHF under-18 world championship. It was at that tournament where McTavish’s took his play to the highest level we’ve seen, as he was a team leader and finished with an impressive 11 points (5 goals, 6 assists) in helping Canada win gold.

McTavish is what you’d classify as a strong skater but more for the actual power in his stride and ability to keep his balance while he checked from any direction. He wins footraces mostly because of his anticipation and economical routes rather than an explosive first step or separation speed, but McTavish is far from cement-footed. His cutbacks are sharp and pronounced and although his stride is short, McTavish still reaches his desired spot to remain a threat or stay within a stick’s length from the puck.

McTavish is an excellent stickhandler and has no problem attacking heavy-traffic areas, but the best part is he rarely tries to do anything fancy. He simply uses his quick hands and sturdy frame to his advantage while allowing the rest of his unit to exploit any space he’s creating for them. McTavish reverses direction rapidly while skirting the boards under pressure but he still manages to keep the puck glued to his blade.

McTavish is a dual threat in that he can be just as effective a setup man as he can be a finisher. His Cy Young-esque goals to assist totals in league play may say otherwise, but McTavish has the instincts, vision, and hands to be a true center who can make any member in his unit a scoring option. But make no mistake about it — McTavish loves to shoot and owns an elite shot-release combination. He can absolutely wire it and he doesn’t need the perfect conditions to go from pass receipt to shot execution in the blink of an eye. McTavish is more than willing to battle for net-front superiority or tire out checkers by starting and stopping throughout an entire offensive-zone possession. As already mentioned, McTavish’s office clearly is the expanded slot from between the faceoff dots and below the hash marks.

As an OHL rookie in 2019-20 on a competitive and talent-laden Petes’ squad, McTavish fired off 177 shots in only 57 games and scored 24 of his 29 goals at 5-on-5. What’s most impressive about his last OHL season is that he spent most of the campaign either centering or playing wing on the third line yet still managed to average over three shots per game. McTavish was mostly used as a wing on the third line with 2000-born center Max Grondin in the second half of Peterborough’s season after their acquisition of Akil Thomas, and he occasionally saw time on the top power-play unit with Jason Robertson and Liam Kirk.

Violence and aggression are just two of several commonplaces in your typical McTavish shift. He’s a throwback who doesn’t seem concerned with what opponents think of him or what an opposing star player’s reputation is, all while showcasing his own impressive skills in the process. There’s simply no quit in his game.

He kills penalties, supports his defensemen below the faceoff dots, and backchecks with a purpose. These traits were incredibly consistent in McTavish’s shifts at the under-18 world championship, but he played the same in-your-face style against older competition in Switzerland. It goes without saying that Swiss League opposition probably threw a big party when he had to leave to join Team Canada.

McTavish is a smart player both on and off the puck. He can add a layer of deception to his puck handling by shifting his shoulders and pivoting before darting in another direction, but McTavish also times his chips perfectly and seems to gauge the speed and quickness of an opposing defender before dumping pucks in. He also anticipates which side a rim will be directed towards and will pick off neutral-zone passes for immediate counterattacks. Unforced errors are quite rare over the course of a 20-minute performance and he works hard at avoiding lazy penalties.

Top-line power forward with two-way ability who sets the right example for others to follow.