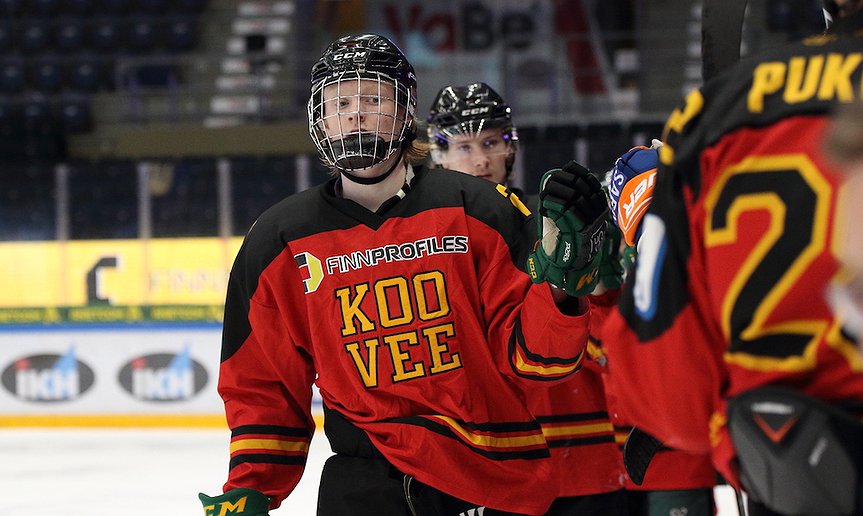 A pure sniper with one of the best shot-release combinations in the draft, Jarventie is a well-balanced winger who has spent the majority of his draft year as a top-line winger for one of the leading teams in Finland’s adult-age Mestis. Jarventie plays as mistake free a game as a teenager can play and most of his decisions and movements on or off the puck seem calculated. Although Jarventie can score goals in a variety of ways, his most impressive skill is the way he slings rockets off his blade within nanoseconds. Not only does his shot look pretty, but it has knocked goalies off balance from distances above the circles.

Jarventie is able to sniff out the perfect opportunity to motor up ice. While he certainly has benefitted from playing consistently with a leading scorer like center Janne Seppanen, Jarventie brings a diverse skill set to his line beyond setting up for rifle shots at the net. He’s dependable carrying the puck in open ice and will stickhandle through or around traffic, and he’s capable of trapping checkers up high once he’s inside the offensive zone. Jarventie also is an excellent passer who puts the right touch on his deliveries dependent upon the situation and distance to target. His dual-threat capabilities when coupled with his constant movement in all three zones makes him difficult to contain, and it even seems as though KooVee designed set plays off faceoffs specifically for him.

Jarventie is a powerful skater with excellent balance and decent agility for a player his size. He’s more of a North-South skater who uses his anticipation and smarts to gain that initial separation, and he can protect the puck as well as anyone once he’s moving at top speed. Despite his physical gifts, Jarventie plays a relatively clean game and will only engage in battles when necessary. He spends a lot of time on the periphery but stays in motion and reacts properly to puck travel rather than gaze from a static position. Although he has been used in late and close situations in either end of the ice, Jarventie is not a penalty nor should be considered an above-average checker.

A pair of neophytes combined on the game-winning goal as C Antti Saarela (CHI 4th/2019) powers into the zone, and draft prospect RW Roby Jarventie (Ranked No. 90) gets credit for his first career SM-Liiga goal as Ilves…