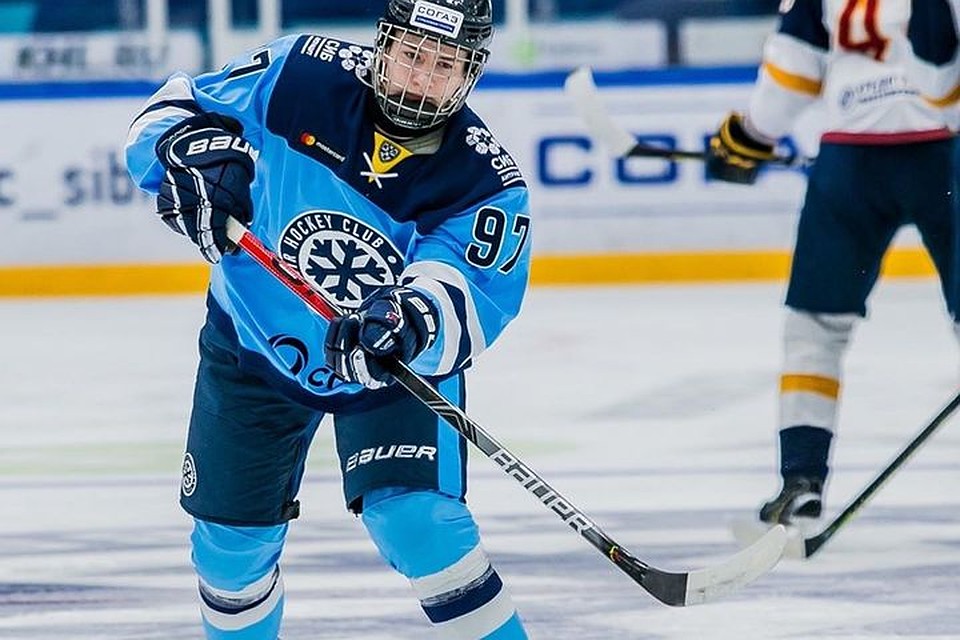 A high-scoring Russian forward who doesn’t play the stereotypical Russian style, Dmitri Ovchinnikov has had a prolific season in the MHL thus far as one of the Snipers top players, seeing plenty of ice-time in even strength and power-play situations. As a result, he has been rewarded with some KHL time and limited international appearances.

Despite the gaudy point totals, Ovchinnikov’s greatest attributes  from a long-term development standpoint are not offensive, but are rather on the defensive aspects of the game. Ovchinnikov takes the defensive responsibilities of the center position quite seriously, and is constantly supporting his defensemen in the defensive zone and covering for them when one pinches in the offensive zone. He keeps his head on a swivel, and thus rarely allows an opposing player to sneak into the low slot unnoticed. For whatever reasons, he is not used on the penalty kill.

Offensively, Ovchinnikov does a lot of the little things right and seems to have a strong sense of where he can be most dangerous. As mentioned, he is committed to covering for a pinching defenseman but also darts into openings moving northwards. He also does a good job providing a target for his teammates by keeping his stick on the ice with the tape open to the puck carrier. In addition to helping his teammates realize a passing lane, this also allows Ovchinnikov to put the puck on net shortly after having received it. Indeed, many of Ovchinnikov’s goals are the result of the quick-strike ability. He also displays a plus backhander that he can tuck under the bar from in tight.

Ovchinnikov displays good straight-line speed and quickness to open areas. His overall skating ability is above average and it certainly is not a weakness, as he finds himself in open ice quite frequently and can outpace a napping opponent. Like many junior players, however, Ovchinnikov will need to improve in nearly all aspects in order to make the NHL. Luckily, there doesn’t appear to be any glaring mechanical flaws, indicating that this should improve with additional strength and coaching.

Physicality is a similar matter. Ovchinnikov isn’t a physically dominating player, but doesn’t avoid or shy away from contact, especially if he has the puck. Increased aggressiveness and willingness to initiate contact would make him a more effective player, however.

As odd as it is to say about one of the top under-18 scorers in the league, Ovchinnikov does not profile as a plus offensive player at the next level, as he doesn’t display a lot of explosiveness or creativity when carrying the puck, specifically when playing against the MHL’s tougher teams in his conference. He has to work on his creativity if he wants to cause problems for defenders at the next level, and his long-distance passing accuracy leaves a bit to be desired. At times, it looks like Ovchinnikov’s commitment to defense hampers his ability to execute in the offensive zone, as it leaves him hesitant to gamble on 50/50 plays in the zone.

Ovchnnikov brings enough to the table to be a legitimate draft prospect, even if his junior point totals may not translate to NHL success. His defensive game and willingness to support his teammates are not often seen in players his age — especially in players lacking size or a singular impressive skill with the puck.