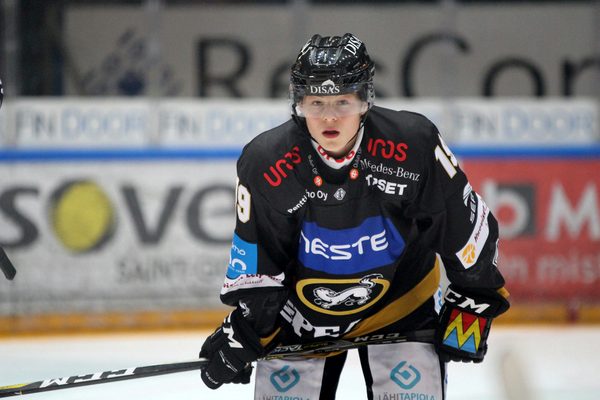 Super slick offensive-minded center with good size and a knack for making big plays. Kupari’s highlight-reel dominance in last August’s under-18 Ivan Hlinka tournament got his draft year off to an excellent start, and he hasn’t disappointed with his league play as a rookie in a men’s elite league. He’s a very strong skater with excellent balance and agility, and he uses an array of fakes, stutter steps and rapid directional changes to expand the open ice around him and finish close to the cage. Kupari’s stickhandling is among the best of any 2018 draft eligible, and he uses it to either dance through or around traffic. What sets him apart from the majority of his peers is the way he can spot and connect with the open man just seconds after dangling his way through a wall of opponents.

Kupari’s work in the facoff dot has improved over the course of his rookie season, and he’s shown versatility as a net-front presence on the power play. He’s one of a handful of draft-eligible forwards with legitimate upside for a top line, and his chances will improve once he irons out some fixable issues with coverage in his own end.

#Hlinka: Still 2-1 Russia thanks to this big save by Amir Miftakhov on Rasmus Kupari, who made another dandy move pic.twitter.com/CJ6xiTIfNL