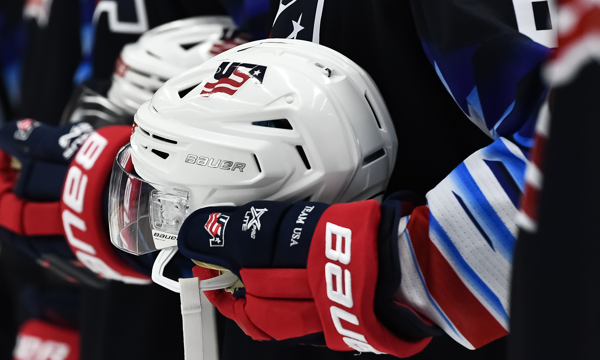 I have a love-hate relationship with the world juniors. On one hand, it’s cool to see the prospects you’ve followed for two or three years perform on a big stage. But that’s pretty much the extent of the fun part, as the tournament continues to piss me off for a variety of reasons, to include the way the rosters and schedules are developed and distributed. Lucky for you, the I took care of the roster portion a few days ago, so all that was left was to tackle the schedule, which you’ll find below in great detail.

Every game will be aired/streamed in North America on TSN (Canada) and the NHL Network (U.S.)

Watching this tournament has always been a pain in the neck for cord cutters in the United States and Europe for a variety of reasons. In the U.S., the NHL Network is the only way to follow the live action if you don’t have cable or satellite TV, but therein lies the rub, as only a few cord-cutting options provide the channel. Things are so loopy with the NHL Network that it’s not even included on your NHL TV season package. The workaround is to subscribe to either Sling TV or FuBo, with the former being the cheaper option than the latter. Both offer free sign-up periods that will last through the entire preliminary round, but your subscription will kick in for the medal round.

Another option is to stream it on an ad-ridden site like OnHockey.TV, but the quality is suspect and the ads are pure cancer. One way to improve the experience on OnHockey.TV is to have multiple ad blockers, and if the stream they present is from YouTube, you can just click the traditional YouTube link at  the top of the video and a new tab opens on the normal/standard YT page. There are a couple of dudes who do God’s work by streaming the games so that you can avoid the hassle of a subscription, but the quality of the streams are hit or miss.

This year’s tournament is both kinder and gentler to viewers for one simple reason — the maximum number of preliminary-round games played in one day has decreased from four to three. In the past, the first games of the day were both played at the same time in two different venues. But because of COVID and the bubble, there’s only one arena being used. Therefore, prospect junkies like yourself doesn’t have to worry about being in two places at the same time — all games at the 2021 WJC can be streamed live.

The Perks of Platinum Status

Unless you’ve been imprisoned the last 15 years by a terrorist proxy-state, it’s common knowledge among most hockey fans that the World Juniors has devolved from a simple check-the-block prospect tournament that nobody outside of Canada ever cared for, to what it is today — a massive corporate-driven cash cow for both Hockey Canada and the Canadian-based TSN, AKA The Sports Network.

Although the powers-that-be will say that everyone benefits from the surge in advertising dollars, jersey sales, and viewership, the reality is that the amount of pressure heaped upon these teenagers has increased exponentially since the competition caught the manic gaze of money hungry suits. Making things worse has been the advent of social media, which provides fans the opportunity to reach out to the players themselves and voice their misgivings, which is a really nice way of putting it. In fact, we’re only two years removed from a Team Canada captain getting death threats from outraged fans because he didn’t convert on an overtime penalty shot in a game that eventually eliminated the Canadians from gold-medal contention.

This is Canada’s tournament, both literally and figuratively. The IIHF may seem like the entity charged with delivering the event, and why not — it’s their logo plastered all over the place and it’s their staff who works feverishly to deliver a premium product. But the de facto bosses of the World Juniors are not a bunch of European-based executives dipped in Patek Philippe and Ferragamo. Rather, it’s those running Hockey Canada and TSN who not only ensure the event takes place in a Canadian city (or a U.S. venue close to the border), but also manipulate the tournament schedule to ensure the Canadian juniors play every match in local prime time.

This year will be no different, as the Canadians will never play a game earlier than 4 p.m. local time and should be expected to get the plum time slots once the medal-round matchups are identified. As for Finland — their lone challenger for the top spot in Group A — the schedule will not be so favorable. The Finns have start times of either 12 p.m. or 4 p.m., and their critical Dec. 31 matchup with Canada is the second of a back-to-back, whereas the Canadians have the previous day off.