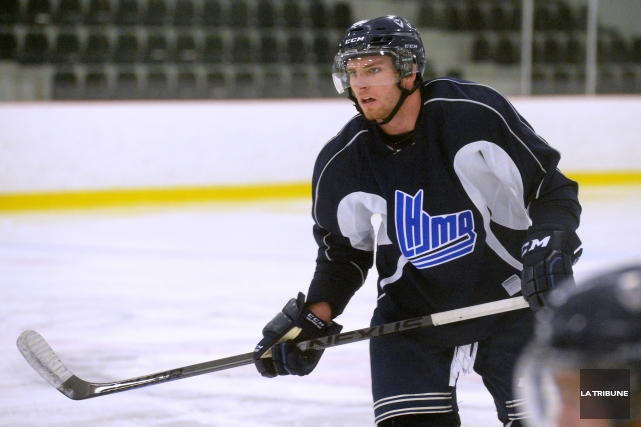 Position: Defenseman
Shoots: Right
Height/Weight: 6’0, 188 lbs
Born: May 14, 1997, Longueuil, QC
Central Scouting Rankings (Prelim/Mid/Final): ”B“/ 23rd NA / 21st NA
Obtained: Drafted by the Sherbrooke Phoenix in 1st round (4th overall) in 2013 QMJHL Entry Draft
Notes: Led Phoenix defensemen in scoring for the second straight year…His 43 points in 46 games tied for the QMJHL’s third-highest points-per-game average (0.93) among defensemen…Finished tied for second among defensemen and seventh overall in power play assists (26)…Missed time in January due to a muscle strain…was suspended four games by the QMJHL for a retaliatory slash after he was hit from behind by Baie-Comeau’s Simon Desbiens on Feb. 23…Registered three assists in five games to help Canada win gold at the 2014 Ivan Hlinka Memorial Cup…In 2013-14, Roy led all QMJHL rookie blueliners in goals (14), assists (30) and points (44) to win Rookie Defenseman of the Year and All-Rookie Team honors…Drafted in the first round (26th overall) by Dynamo Riga in the 2014 KHL Draft…Selected in the 17th round (247th overall) by the Omaha Lancers in the 2013 USHL Entry Draft.

Describing Jeremy Roy without a steady of dose of game-related platitudes is simple. Maybe that’s because his yeoman-like approach to the game doesn’t leave you thirsting for more — what you see is what you get, and satisfaction is the general outcome. At the same time, however, you kind of have to ask yourself if this kid is really the best defenseman the “Q” has produced in quite some time. If you never heard a thing about him and viewed his game objectively, you could see that he isn’t your cookie-cutter mobile blueliner. Roy is an intelligent defender who is very effective at positioning himself to make high-percentage plays. He’s not physically overpowering, but Roy has the on-ice IQ to neutralize a cycle without the intimidation or fear factor. Yes, he’s a puck mover who has a little bit of flash, but he only displays it when he has to. Rarely do you see Roy caught out of position, and every movement — laterally included — is coordinated, right down to his pivots. He is a very clever puck distributor and does not like to rush things, and though he can be classified as a power play quarterback, his ability to slow the game down to a controlled and manageable pace is what makes him unique for an offensive-friendly circuit like the QMJHL. Roy has NHL-caliber anticipation and his hockey sense is evolving, especially on the defense side where his hard work at using his stick and angling opponents into low-percentage positions made him a more complete player. Maturity can be a heck of an attribute for  a teenage defenseman, and Roy is no different from the handful of peers who will be selected alongside him in the first round. Does he have unlimited potential as a point producer? Absolutely. He is more likely, however, to develop in a quiet, dependable two-way rearguard who can be used in any game situation.