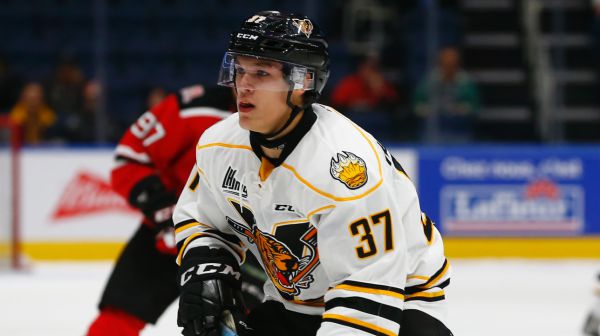 Russian import Ivan Kosorenkov, a star winger for the Victoriaville Tigres, ranked second among QMJHL rookies in goals (34) and points (63).

Below is a detailed sortable table of The Draft Analyst’s May rankings of overage draft-eligible prospects for the 2017 NHL Entry Draft, to be held in Chicago from 23-24 June. Players from North America born between 01 January 1997 and 15 September 1998 were considered in the zone for overage draft eligibility and were previously eligible for the 2015 or 2016 NHL Entry Drafts. European prospects considered were born between 01 January 1996 and 15 September 1998.