NASHVILLE (The Draft Analyst) — The inconvenience of a shortened NHL season is something hockey fans have become all too familiar with. From work-related stoppages or the current pandemic, at least six seasons since have been interrupted since 1991-92, including the cancellation of the entire 2004-05 campaign. Although that number increases the seven when you factor in the delayed start 2020-21 campaign (rumored to begin in January of 2021), one should expect the league will find a way to yet again salvage the Stanley Cup Playoffs and crown a world champion.

Therefore, with the offseason winding down and rosters mostly finalized, the process of separating the contenders from the pretenders is far less complicated as it was a few months ago. Since then, NHL clubs executed the draft and attacked the free-agent signing period, with the latter being somewhat hampered by the aftereffects of lost revenues from the shutdown. As of today, at least seven teams have not played an official game in nearly 10 months, and when they finally return, the divisions will be realigned to minimize travel while adhering to stringent government health regulations — a nonstandard situation indeed. The good news is that all 31 teams are expected to be back in action after the new year, which also means we can take our first stab at identifying and ranking the cream of the 2020-21 crop. 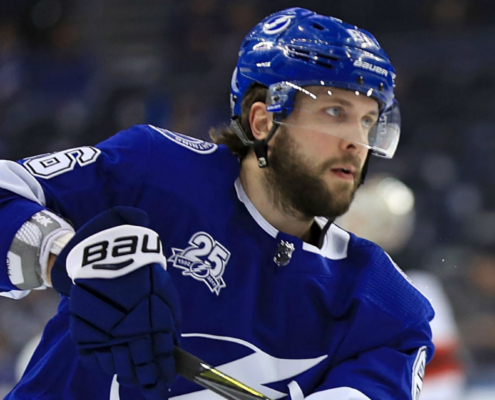 With all due respect to rising star Brayden Point, the Lightning offense begins with Kucherov, who led the Bolts in scoring for a fifth straight season with 85 points in 68 games and also was the top playoff scorer with 35 points.

The Bolts have premier talent at every position, to include defenseman Victor Hedman and goalie Andrei Vaslevskiy. But it is an elite group of forwards who spearhead a lethal attack which makes Tampa the league’s most feared opponent. Although their salary cap situation is bordering on critical, Tampa will return each of its top-10 scoring forwards, plus four defenders who led the way in ice time. Repeating as champions won’t be easy, but consider this – Tampa is gunning for a fourth straight season of leading the entire league in goals scored, and the last team to do so – the 1984-85 Edmonton Oilers – went on to win their second consecutive Stanley Cup. 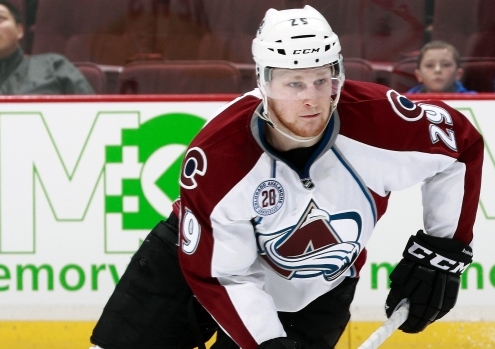 The league’s Hart Trophy runner-up in two of the last three seasons, MacKinnon was Colorado’s top scorer for a fourth consecutive campaign, with the last three seeing him eclipse the 90-point mark. How valuable was MacKinnon to the Avalanche’s fourth-ranked offense? How do 48 more points than Colorado’s next leading scorer and 173 more shots than his closest teammate sound? The fact that MacKinnon is a legitimate challenger to the throne of a generational talent like Connor McDavid is more than enough to consider him one of the game’s elite talents.

As per Sports Betting Dime, the Avalanche is the preseason favorites to win the Stanley Cup, which would be their first since 2001. It’s also been 12 years since the Avalanche advanced beyond the second round of the playoffs, but the 2020-21 version, at least on paper, appears to give Colorado its best chance at reaching the Western Conference.  It appeared as though the Avs were headed that way last postseason before a meltdown in goal against Dallas in Round 2 cost them the seven-game series. But every major contributor on both defense and offense will be returning, plus the addition of playoff-tested types in winger Brandon Saad and slick two-way defenseman Devon Toews. In goal, Colorado will once again rely on the combination of Philipp Grubauer and Pavel Francouz, but expect Grubauer to receive the lion’s share of postseason minutes.

If there ever was an example of why skating speed can be incredibly overrated, look no further than the 6-foot-4 Stone, who despite his limitations in speed remains the league’s premier 200-foot winger. Always tough on the puck and incredibly determined while off it, Stone has proven to be worth the package of picks and prospects it cost to pry him from Ottawa two seasons ago.

The disappointment of not reaching the Stanley Cup final should not detract from another successful season in Vegas, which in the playoffs looked like the favorite to come out of the west before Dallas Stars’ goalie Anton Khudobin had other plans. Still, the Golden Knights are not the kind of team to settle for consolation prizes, which is why few were surprised they targeted and ultimately signed prized free-agent defenseman Alex Pietrangelo away from St. Louis less than a month after losing to Dallas in five games in the Western Conference finals. Pietrangelo is a point producer who joins an attack that already features Stone, 32-goal-scorer Max Pacioretty, and two-way defender Shea Theodore (19 points in 20 playoff games). In goal, the duo of Robin Lehner and Mark-Andre Fleury gives Vegas peace of mind when it comes to actually stopping the puck, but we all should expect some form of controversy over playing time to spring up immediately after one falters. But the reality is that the Golden Knights had trouble finishing in each of their last two postseason series, thus putting the onus on the forward group to deliver the goods when it counts.

Not since the days of the early 1990’s and beloved power winger Cam Neely have Bruins fans enjoyed the type of elite goal-scoring prowess that Pastrnak provided last season. His 48 goals were not only the most scored by a Bruin since Neely hit the 50-goal mark in 1994, but Pastrnak became the franchise’s first league goal-scoring champion since Phil Esposito in 1975.

The B’s have a reputation as being one of the NHL’s tougher teams to score on, and last year they yielded a league-low 174 goals against and placed third overall in penalty-killing efficiency. Of course, the offense has been equally effective, especially on the power play, where Boston placed second with a 25.2 percent success rate. Having the league’s most productive top line in David Pastrnak, Patrice Bergeron, and Brad Marchand certainly has eased the scoring burden on the support players. But unlike years past when the most important players on Causeway Street were solidified with long-term deals, the 2020-21 campaign will be the Bruins’ first without defenseman Torey Krug – their top-scoring blueliner in each of the last five seasons who left for St. Louis as a free agent. Compounding issues is the uncertainty surrounding 43-year-old defenseman Zdeno Chara, who has played in over 1000 games for the black and gold but remains unsigned. The bright side is that most of Boston’s defense prospects are more than ready for the NHL, and Charlie McAvoy and Brandon Carlo will continue to provide the blue line with critical minutes. Tampa may have won the Stanley Cup, but the Bruins are one of the few teams in the Eastern Conference who can challenge them.

The Flyers always seem to ice a roster with notable names and gaudy stat producers. But the lack of solid and consistent play in goal that had eluded them for years no longer seems to be an issue thanks to the inspired play of Hart, who at only 22 has already established himself as a fan favorite capable of winning a playoff series. Although this abbreviated upcoming season is expected to be under 55 games, you can count on Hart to play the majority of them

The highest division finish in nine years was just the beginning of what transitioned into an impressive post-shutdown playoff run that saw the Flyers come within a Game 7 victory of the conference finals. The depth of the forward group was critical; specifically the emergence of Kevin Hayes as the perfect compliment as the No. 2 center behind Selke-winning pivot Sean Couturier. Throw in the young but improved defense corps led by Ivan Provorov and the goaltending of Hart, and the Flyers are more than loaded to take another run for their first Metro title since 2011. Granted, the on-ice contributions from forwards Claude Giroux and Jakub Voracek are now limited in scope and scale, but Philadelphia has owned one of the league’s better farm systems the last several seasons. Youngsters like forwards Travis Konecny, Joel Farabee, and Morgan Frost are expected to form a new core of Flyers scorers who have the potential to provide Hart with all the4 offense he needs to succeed.