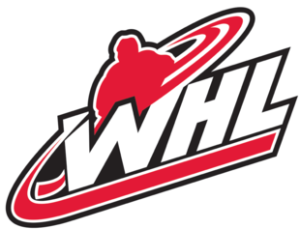 WHL Weekly Highlights: For the week of 28 SEP 15

MOOSE JAW C NOAH GREGOR  (2016) scored a pair of power play goals to lead the host Warriors to a 6-3 victory over the Calgary Hitmen. Gregor opened the scoring for the Warriors by banging home a loose puck in the slot during a 5-on-3 advantage. The 5’11 Beaumont, AB native would later increase Moose Jaw’s lead after he wristed home a shot from the left circle during another two-man opportunity. Gregor, who was given a “C” rating by the NHL’s Central Scouting Bureau in their preliminary assessment of 2016 draft-eligible players, missed most of last season due to injuries.

SASKATOON RHD LIBOR HAJEK  (2016) picked up an assist but was a -4 in two games over the weekend, as the Blades dropped OT decisions to both Medicine Hat and Vancouver. Hajek, who starred for the Czech National Team at the U18 Ivan Hlinka tournament over the summer, drew the primary assist on LW Nikita Soshnin’s power play goal midway through the first period in a 3-2 loss to Medicine Hat, which gave him assists in three straight games. He was kept off the scoresheet in Sunday’s 5-4 defeat to visiting Vancouver. The 6’2 rearguard was given a “B” rating by CSB.

PRINCE ALBERT LW SIMON STRANSKY  (2016) produced a goal and three assists in two games as the Raiders won both games over the weekend in dramatic fashion. A gifted playmaker with excellent awareness, Stransky one-timed a feed from C Reid Gardiner to help Prince Albert rally from an early deficit against Vancouver en route to a 5-4 shootout victory. He added three assists in Saturday’s 5-4 OT triumph over Medicine Hat, including one on RW Austin Glover’s game-tying tally late in regulation. The Ostrava, Czech republic native is tied with four others with a WHL-best six assists through four games.

VANCOUVER LHD RYELY MCKINSTRY (2016) put together a solid weekend for the Giants as they split their weekend with a shootout loss to Prince Albert on Friday and an OT win over Saskatoon on Sunday. McKinstry did not register a point in either game, but he was +3 in Friday’s 5-4 loss to the Raiders and displayed confidence moving the puck up the ice while playing on the top pairing. Listed at 6’1/200, he was given a “C” rating in the CSB preliminary prospect list for the 2016 Entry Draft.

CALGARY LHD JAKE BEAN (2016) picked up a point in each of his three games to help the Hitmen go 2-1-0 over the weekend. Bean, a Calgary native who played for Team Canada’s gold-medal winning entry at the 2015 U18 Hlinka, tallied his first goal of the young season when he blasted a slap shot home during a power play in Friday’s 3-2 win over host Brandon. He picked up an assist in Saturday’s 6-3  loss to Moose Jaw, and added a pair of helpers in a 3-0 win at Regina on Sunday. Bean has a goal and four assists in five games played — good for second among WHL defensemen behind teammate LHD Travis Sanheim (PHI 1st/2014)

EVERETT G CARTER HART (2016) made 34 saves, including 11 in a critical second period, to lead the visiting  Silvertips to a 3-1 victory over Portland on Saturday. Hart, who was pulled after he yielded four goals on 20 shots in a 5-1 loss to Prince George on September 27th, made several highlight-reel saves with the score tied in the middle frame before RHD Noah Juulsen (MTL 1st/2015) gave Everett the lead for good late in the 2nd. Hart, who was the backup for team Canada at the 2015 Hlinka,  is now 2-1-0 with a 1.88 GAA and .939 save percentage.

BRANDON LHD KALE CLAGUE (2016) had two power-play assists in the Wheat Kings’ 6-0 blanking of host Regina on Saturday. Clague, who was given an “A” rating in the CSB preliminary list, now has three points (0-3-3, +4) in four games. He has been working the top power play unit with LHD Ivan Provorov (PHI 1st/2015), who he has been also paired with at even strength/

TRI-CITY LHD JUUSO VALIMAKI (2017) scored a goal and registered an assist in each of his two weekend games as the Americans earned a split. Valimaki, who was the 14th overall pick in this year’s CHL Import Draft, helped Tri-City come back from an early deficit with an assist on a third-period goal by C Parker Bowles in a 4-3 OT loss to visiting Spokane on Saturday. On Sunday, he scored his first career WHL goal after he picked up another assist on the opening tally by LW Jordan Topping (2016) against Seattle.

BRANDON C NOLAN PATRICK (2017) dished out five assists in two games for his first points of the season as Brandon split its two weekend games. Considered one of the likely top picks in the 2017 draft, Patrick helped the host Wheat Kings mount a rally with a pair of helpers late in the third period in what turned out to be a 3-2 loss to Calgary on Friday. He would register three more assists the following night in a 6-0 thrashing of Regina.
Draft Profile: Matt Tkachuk