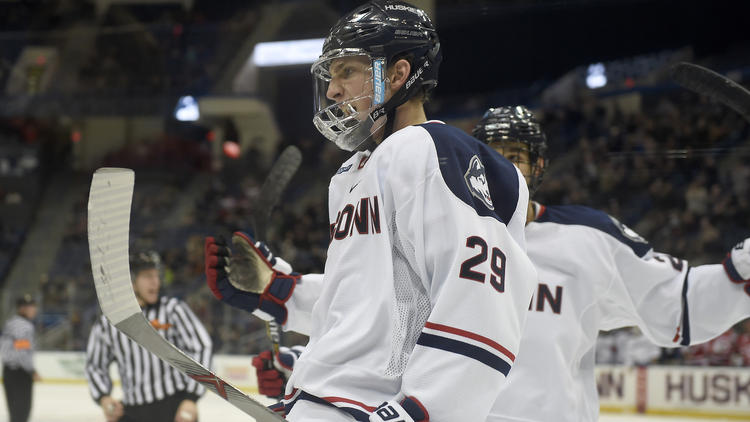 A former member of the NTDP who starred as a freshman for UConn, Thompson is a big-bodied sniper with an excellent shot whose development in terms of NHL readiness has a handful of years remaining. He’s pretty one-dimensional at this point — all but one of his 14 goals were scored on the power play. But 5-on-5 production will come in time, as will his ability to continue battling well after initial contact with an opponent. He’s got the kind of size you’d love to see on your flank, but there’s some work left to do, especially in the defensive zone where he tends to get lost and wander. Thompson, the son of former NHLer Brent Thompson, is an above-average stickhandler who wisely uses his long reach when he’s bombing down the wing or keep the puck close by as he tries to maneuver through traffic. He knows he’s got a size advantage and he exploits it. His skating is decent but his balance and wingspan are what drive his ability to avoid giveaways.